As usual, it’s another tremendous week in sports. To celebrate the beginning of the NBA season, the arrival of what should be a riveting World Series between the Philadelphia Phillies and the New York Yankees and Brett Favre’s long-anticipated return to Lambeau Field, we have brought back our Caption Contest.

The first image features the NBA’s newest dynamic duo as Shaquille O’Neal will try to help LeBron James and the Cleveland Cavaliers win an NBA title. They’re already off to an 0-1 start, having lost to the Celtics on opening night. The second image features Manhattan’s most eligible bachelor, a champagne-soaked Derek Jeter, being interviewed in the Yankees locker room shortly after clinching the American League Championship Series. The third image shows Brett Favre and current Packers quarterback Aaron Rodgers both still in Green Bay uniforms.

Start your imaginations, boys and girls. As usual, the winner of this particular caption contest will receive fame, fortune, honorable mention in the SportsChump Hall of Fame and of course, eternal consciousness. So you’ll have that going for you…. which is nice. 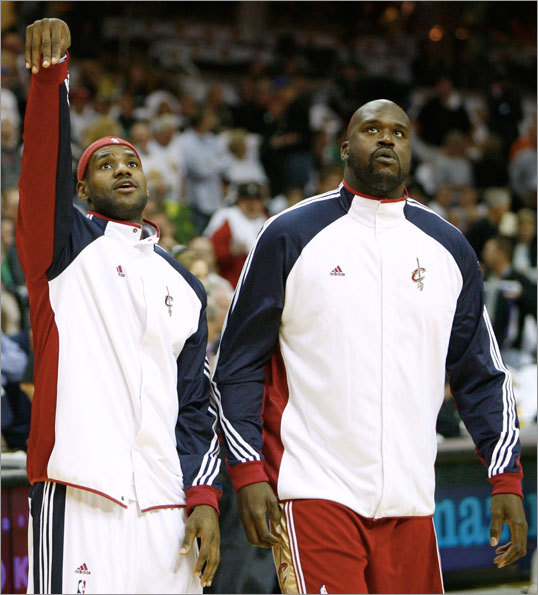 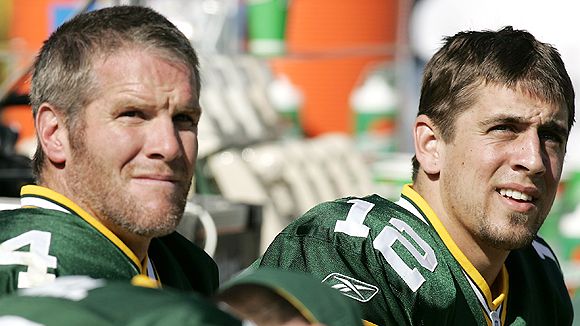