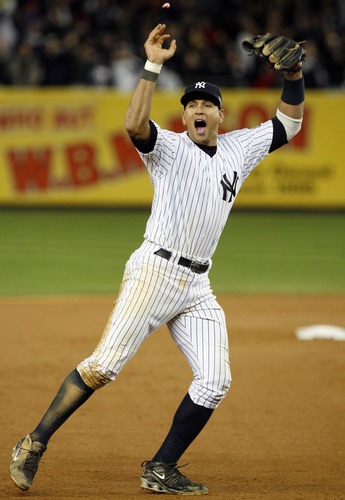 New York Yankees Alex Rodriguez reacts after the game against the Philadelphia Phillies in game 6 of the World Series at Yankee Stadium in New York City on November 4, 2009. The Yankees defeated the Phillies 7-3 and win their 27th World Series. UPI/John Angelillo