Rumor has it that Major League Baseball commissioner Bud Selig is putting together a crack staff of experts this off-season to discuss how they can make baseball better. One of the topics of discussion, once again, is what to do about the designated hitter rule. Here’s my take on the DH.

I’m a man who likes options.  Variety is the spice of life, I say.  (Just ask Tiger) Sometimes I like steak for dinner, other times I prefer fish.  Often I’m in the mood for a comedy, other times it’s a drama or action film.

The same can be said for my sports interests.  Sometimes I like a fast-paced, up-tempo game.  At other times, I can really sink my teeth into a good, defensive struggle.

That is why keeping the designated hitter in the American League is the right thing to do.  Sports is (supposed to be) about the fans. The DH gives fans an option.  Those who prefer more high-powered offense can tune in to watch the Red Sox, Yankees, Angels or Tigers.  Those who prefer the old school, senior circuit way of manufacturing runs can opt for the National League. 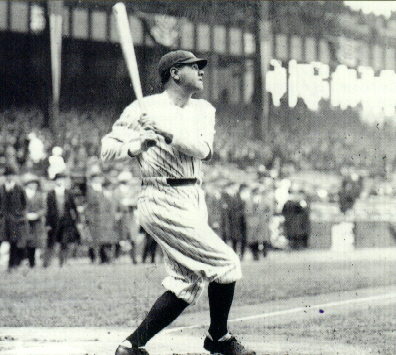 To be perfectly honest, I grew up an American League guy.  I’d rather watch paint dry than have to watch most National League pitchers hit.  Half the time it looks like they’re batting from the wrong side of the plate!  To me, it’s a lull in the game.  Call me crazy, but watching Brandon Webb bat .088 is not my idea of a good time.  Sure, it’s impressive when the better hitting pitchers take the mound and still bat for average.  But Babe Ruth was an anomaly.  For the most part, pitchers are horrific batters.

Eons ago, when I played high school baseball, coaches separated the pitchers from the rest of the team at the beginning of the season.  We never saw those guys unless they faced us on the mound.  Pitchers practiced separately, had different stretches and workout routines, and rarely, if ever, took batting practice.  That’s because their position requires highly specified skills, one of which is NOT being relied upon for offense.  Pitchers don’t play every day like offensive players, so it’s much more difficult for them to put the bat on the ball with regularity, never mind be relied upon for the occasional RBI.  To give you an example, Randy Wolf led the NL in RBI this season with 11. That’s a decent week for A-Rod. 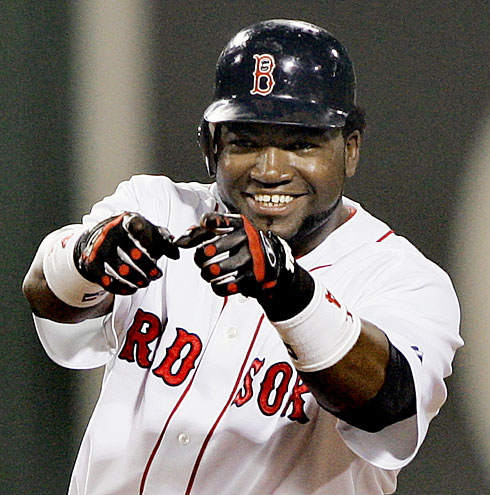 Don’t get me wrong.  I don’t condone designated hitters being unable to play a defensive position.  That puts their team at a disadvantage.  For example, David Ortiz’s inability to play a lick of first base severely limits Terry Francona’s options.  Growing up a Red Sox fan, Boston had Dwight Evans, Fred Lynn, Jim Rice and Carl Yastrzemski.  As a fan, I wanted to see all those guys in the lineup.  One problem… baseball doesn’t have four outfield positions.

Major League Baseball originally established the designated hitter in 1973 to cure then struggling American League offenses.  The ‘position’ has been in existence ever since.  Has it made a difference?  Of course.  The top four hitting teams in the majors this year (Angels, Yankees, Twins, Red Sox) were all in the American League.  A.L. teams have consistently had higher team batting averages since the DH’s inception.  But has it dramatically changed the game?  Probably not.  No true designated hitter has ever won the Most Valuable Player award, although David Ortiz recently came close.  And the position has prolonged the careers of Hall of Fame caliber athletes, allowing fans to see more of Bernie Williams, George Brett, Edgar Martinez, Ken Griffey Jr. and Paul Molitor. The DH debate really breaks down to whether, as a fan, you were raised following a National or American League team.  National league fans chastise the designated hitter position, saying it’s not pure.  Purists Shmurists!  Cole Hamels hit .148 this season.  How pure is that?

Sure, managing a National League ballgame generally requires more creativity, double switches, timely substitutions and decision-making.  However, you can’t tell me that in inter-league play or the World Series, National League managers don’t salivate at the opportunity to plug an extra bat into the lineup.

I like scoring.  I’m a Red Sox fan.  I’m an American League guy.  Don’t take away my DH.  Someone once said “baseball is a game of failure.”  Why worsen matters by making me watch Barry Zito hit .118?

National League fans, I’d like to leave you with a few questions and I want you to answer honestly.  Do you really enjoy watching pitchers hit?  Or are you just opposed to the DH because it’s not tradition?  Early in the game, with runners in scoring position and two outs, wouldn’t you rather have a more reliable hitter come to the plate instead of watching your pitcher swing and miss?

I’m not saying the National League should add the DH.  I’m just saying leave things the way they are.  There’s nothing wrong with the two leagues being slightly different.  I’ll take my David Ortiz, Jim Thome and Vlad Guerrero and you can have your Ted Lilly’s .118 lifetime batting average.  Enjoy the fireworks.