I’m not big on predicting the future. If I were any good at it, I’d be kicking back in a Las Vegas sportsbook, mango daiquiri in one hand, wad of hundreds in the other.

But when the good folks at Creative Loafing offered to publish the 2009 McChumpies and wanted me to take a look at 2010, who was I to refuse?

So fasten up, children. Away we go. 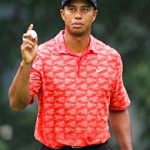 The Return Athlete of the Year McChumpy – Tiger Woods

Not only does Tiger return to the PGA Tour, he wins convincingly then signs on with his new sponsor Fidelity Investments.

LeBron James, Dwayne Wade, Chris Bosh and a host of other basketball superstars will play roster musical chairs, tilt the balance of power in the NBA and get filthy rich in the process

The Did You Just See That McChumpy – Major League Baseball

Baseball minds will meet this off-season to discuss the merits of expanding instant replay. After all, other sports have bettered themselves by employing such technology, why not baseball? In the end, baseball purists will win over, umpires will continue to get key calls wrong and fewer and fewer fans will watch the sport.

Half of Tampa Bay will call for Raheem Morris’ head despite his continued gradual success next season. He’ll eventually be run out of town… only to win a Super Bowl elsewhere.

The How Low Can You Go McChumpy – Multiple Winners

Once again, the Rams, Chiefs, Nationals, Pirates, Nets and Warriors will all stink without prejudice. Fans of these teams will invest heavily in paper bags to cover their heads in shame. 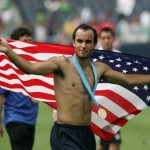 The What Channel Is It On McChumpy – US Soccer

The Americans will continue to prove they’re a force to be reckoned with in international soccer. Unfortunately, nobody in the country will notice.

Somehow, somewhere, some day it will happen. We don’t know who it will be, perhaps Colonel Mustard in the Library with the Candlestick, but some high-profile athlete will run afoul of the law in an absolutely unpredictable and despicable manner. Your guess is as good as mine. But it’ll happen.

The Take it Or Leavitt McChumpy – USF Bulls

USF will travel to Gainesville… and lose, reminding them how close, and yet how far, they are to competing on a national scale. Meanwhile, BJ Daniels might prove himself the second coming of Tim Tebow.

The Fight the Powers that Be McChumpy – College Football fans

College football fans will continue to gripe about the BCS, begging for a playoff. Meanwhile the NCAA will defend it saying the regular season is a playoff in and of itself. Fans will protest for a split second then still watch anyway. 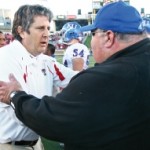 The Molding the Future of Tomorrow McChumpy – Mark Mangino/Mike Leach

After attending anger management classes and finding themselves, ex-Big 12 coaches Leach and Mangino will open up a string of Le Petite Academies nationwide.

Favre will announce his retirement, then come back, not shave, succeed early in the season, have a disagreement with his head coach, then once again fall short of winning a Super Bowl. We’ve seen it before. What leads us to believe it won’t happen again in 2010?

NHL Commissioner Gary Bettman will seek out help from NBA Commissioner David Stern on how to attract more viewers to his sport. Unfortunately for Bettman, he’ll read the WNBA marketing manual by mistake and fans will flee by the thousands. 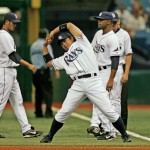 With division rivals Boston and New York continuing to set records for baseball payroll, the Rays will prove unable to compete financially and become a farm team for the American League East. The Trop will be bought out by Ferg’s Sports Bar & Grill since Bay residents spend more money there anyway.

The Roof Is On Fire McChumpy – NFL Salary Cap

The NFL will abandon the salary cap next year, meaning many football players around the league will soon have a nice Bentley collection. Rest assured none of them will be Buccaneers.

30 Replies to “Predicting the 2010 McChumpies: A look to the future”