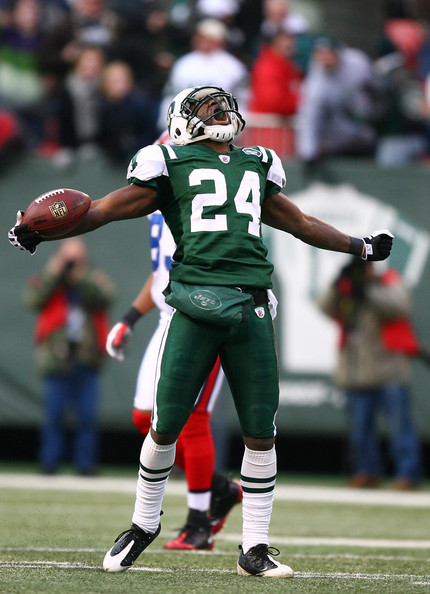 How good is Darrelle Revis? I haven’t paid this much attention to an NFL cornerback since Deion Sanders was still in the league and I don’t think even Prime Time’s instincts were this good. Sanders was just a freakish athlete. Revis seems to have an uncanny knack, not only for the ball, but for the man he’s covering as well. It’s as if he knows what the wide receiver is going to do before he even does it.

Cornerback has to be the most unforgiving position in football. A bad corner will get picked on all day to the detriment of his team. You’re either a hero or a goat with no in between.

Covering someone like a blanket is an overused sports cliché but that’s exactly what Revis does. He’s a huge reason the Jets are one win away from the Super Bowl. Opposing quarterbacks won’t even throw to his side of the field.

Revis is bold too. When asked about defending Terrell Owens and Randy Moss, he called them both ‘slouches.’ This is a third-year player (already with 14 career interceptions) calling out two Hall of Famers! Ouch to the slouches!

This Sunday, Revis will face the best quarterback in the game: Peyton Manning. We’ll soon see how good this kid really is. If you want entertainment this Sunday, keep your eye on #24 in green. 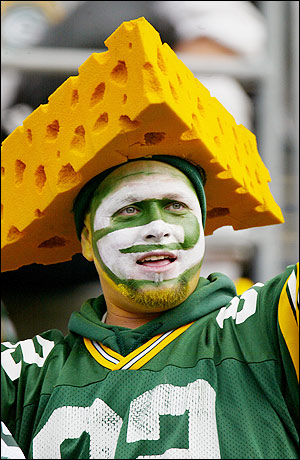 I was talking to a hardcore Packers fan the other day. Since he was from the land of the cheese, I felt compelled to ask his stance on Brett Favre. Considering Favre leaving Green Bay for Minnesota purple is by all accounts one of the top ten turncoat moments in sports history, I wondered whether the average Packer fan had forgiven him now that he’s one win away from the Super Bowl.

It was refreshing to hear this gentleman’s perspective. He had come to terms with the fact that Favre was no longer Lambeau’s lovechild. He said he looked back fondly on the Favre years and was no longer bitter, going so far as to say he even rooted for Favre to do well. Not necessarily for the Vikings, but for the man himself.

A Minnesota Super Bowl might just leave the Midwest highly conflicted. Packers fans would blast the Vikes for shoplifting their golden boy, claiming they couldn’t have won the big one if not for their former QB. Vikes fans would know it took a former Packer to get them to the promised land.

In the end, Brett’d be the guy who takes a great looking girl to the prom one year, then her worst enemy the next, and ends up scoring with both of them. Maybe next year, he’ll try Chicago. 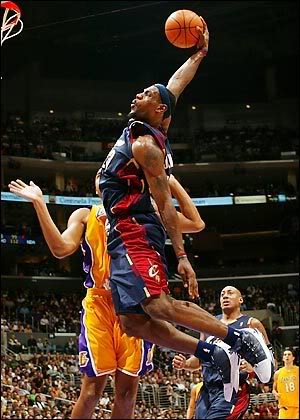 I can’t even begin to tell you how disappointed I am that LeBron James is not participating in this year’s dunk contest. I don’t mean to sound like a child, but… HE PROMISED US!!!

At last year’s Dunk Contest, someone, maybe Craig Sager or Cheryl Miller, stuck a microphone in LeBron’s face and asked him whether he’d compete in 2010. Apparently caught up in the moment, Lebron announced he would participate in the contest he had always shunned. The crowd went wild, his announcement the highlight of the weekend. Dunk fans began counting down the days to Dallas.

LeBron may have called dunk contests bourgeois in one of his Nike ads but it’s still a rite of passage. Julius Erving did it, Michael Jordan did it, Kobe Bryant did it. All dunk contest champions, all NBA champions.

You can’t go down as one of the greatest dunkers of all time if you never participated in the dunk contest. It might forever tarnish his legacy. Now Shaquille O’Neal is calling out Vince Carter and Kobe Bryant saying if they enter the contest, then LeBron will. One problem, Shaq. Those guys have already entered… and won. Bron Bron has not.

If All-Star weekend is truly about the fans, then we should get what we want… and that includes seeing LBJ fly through the air with the greatest of ease.

His winning was a foregone conclusion. ‘Nique, Dr. J and Kenny Smith already had their cardboard “10s” ready to be hoisted high in the air. They might as well pack them back up as LeBron has let us all down. Without him, the contest which has been lackluster of late will be barely worth watching. Here’s hoping the chosen one meets a chorus of boos if he attends the contest in a $10,000 suit rather than a uniform.