Warning. This is not a post about sports. It is, but it’s not.

What you are about to read is not a breakdown of the upcoming Super Bowl XLIV, a spring training preview, a mid-season NBA review or a Tiger Woods where for art thou piece.

This is a post about love, life, family and passing. So please, if you’re not in the mood to shed a tear, turn away now. I won’t mind. But if you do feel like celebrating the life of someone very special, by all means read on.

I’ll wait while you get some tissue.

When I was only a few years old, we lived in Freehold, New Jersey. Yes the home town of one Bruce Springsteen. 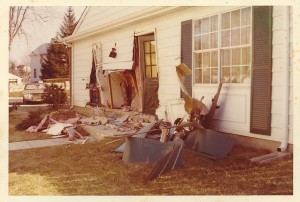 One morning, out of the blue, a school bus crashed into the side of our house. Miraculously nobody was injured, but from that accident came several lifelong friendships.

A woman came over to my house that day and asked if there was anything she could do to help in our time of need. Natalie and my mother have been best friends ever since. Forty years of ups an downs, laughter and tears, good times and bad.

Years after the bus crash, mom and I were living in Manhattan, but the cost of living in the city was too much for a struggling, single journalist to afford. It was Natalie who once again came to our rescue, taking us in despite the fact that she herself was broke. 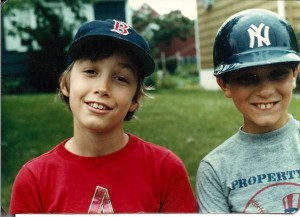 Natalie’s son Jason and I grew up together and remain best friends to this day. We were products of the 1970s, raised by single, strong, professional women. They molded us into the men, dare I say gentlemen, that we are today. For that, we are eternally grateful. We wouldn’t have had it any other way.

When mom worked into the night, it was Natalie who cared for us. She took us to Cooperstown, a trip I remember as if it were yesterday. When Jason, a Yankees fan, and I, a Red Sox fan, would beat the living tar our of each other, it was Natalie who would separate us. We were so bad, she once threatened to leave us on the side of the New Jersey Turnpike.

Natalie was an extremely knowledgeable sports fan. Back when the game meant something, she could rattle off the stats on the back of a baseball card as easily as her two sons could. She allowed us to watch games all night long… although it had to be in separate rooms when the Sox and Yanks played. She would then play piano and lullaby both her ogres to sleep.

Years later, when mom struggled with the depression of a second divorce, it was Natalie who once again nursed her back to health. But mom is only one of many who Natalie touched along the way. 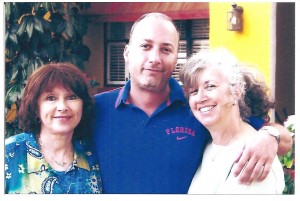 The daughter of two holocaust survivors, Natalie was devout about her faith. Judaism was her passion. Although Jason and I suffered from a bacon-less existence and a steady diet of gefilte fish and matzo balls, we learned to respect the importance of faith and of following our dreams.

Nat was passionate about sports, music, languages, travel, business and of course, family. Her competitive spirit kept us up playing Scrabble all night long. I could never beat her. She would routinely pull a slew of vowel-less four-letter words out of thin air. I protested, until later finding those words in the dictionary.

Unfortunately death, like taxes, is inevitable, but there are just certain people you never imagine being out of your life. Yet as Jimmy V said, cancer is indiscriminate. It cares not whether you’re young or old, black or white, man or woman. In the end, it beat her. It was the only thing that could, but not before she blessed everyone who met her with a lifetime of laughter and memories. We didn’t call her Crazy Nat for nothing. 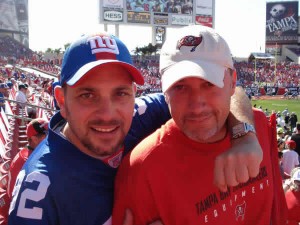 In a world where we mistakenly look to athletes to set examples for our children, Natalie was the ultimate role model. And I will miss her.

This is not meant to be a somber post about someone’s passing. It is meant more to celebrate the loving heart of someone very special. This may not be sports related but it is something I felt I needed to write out of respect for what Natalie meant to me and my family.

If you’ve made it this far, I’d like to thank you for honoring the woman we called my second mom. And Jason, you are forever my brother.