At any given time, there are nine players on the baseball diamond, five on the basketball court and eleven on the football field. Each sport has designated positions for its players. In baseball, you have three outfielders, first through third base, a pitcher and a catcher. In basketball, you have your point and shooting guards, your small and power forwards and your center. In football, depending on your offense or defense and your respective coordinators, you also have certain players for set positions. 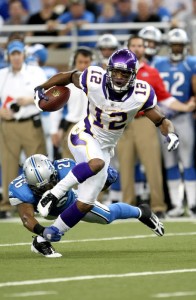 That has changed lately as traditional lines have been blurred. We are officially in the era of the hybrid athlete. Expect that to continue to change.

These days, players are more athletic, more dynamic, yet it might just work to their detriment. I bring this up because after a spectacular rookie season, Percy Harvin was not voted onto the Pro Bowl roster. He only made it after DeSean Jackson was moved to wide receiver. Go ahead, call me a homer for defending a Florida Gator. I’ve been called worse. But Harvin was as vital to the Minnesota Vikings surge this year as any other offensive player including Brett Favre. That’s right, I said it. 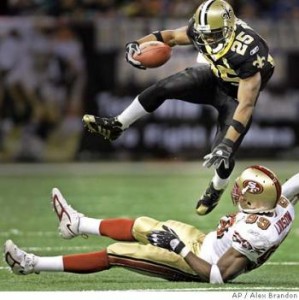 For that matter, what is Reggie Bush? At USC, Bush was one of the most dangerous, multi-purpose weapons college football had ever seen. As a pro, New Orleans used him in Harvin-like fashion all the way to the Super Bowl. Backfield, wide out, special teams, these guys can do whatever is asked of them… and do it well.

The same has happened in basketball over the past few years. Sure, Magic Johnson played center for the injured Kareem Abdul-Jabbar in the 1980 Finals but Magic was a point guard first and foremost. These days we have a number of hybrids. Kevin Garnett was a seven foot small forward when he came into the league. Then he matured and now plays both power forward and center for the Celtics as needed. Is Dirk Nowitzki a small forward or a power forward? Is Tim Duncan a power forward or a center? Are Tracy McGrady, Vince Carter and LeBron James shooting guards or small forwards? Was Allen Iverson a point guard or a shooting guard? The answer to all these questions is yes.

Alonzo Mourning was a center but played power forward at Georgetown when Dikembe Mutombo patrolled the paint. Jalen Rose was a small forward for Michigan but was as adept at bringing the ball up the floor as any of their point guards. Rajon Rondo wasn’t a full-time point guard at Kentucky but in the NBA, he’s one of the best point guards in the league.

Back in the day, there were position players. Not so much any more. 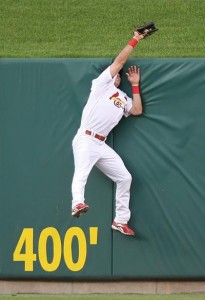 To a lesser extent, baseball has also seen players play multiple positions successfully. Craig Biggio is the first name that comes to mind. Biggio went from playing catcher to second base to outfield then back to second. The kid could play wherever his manager wanted. Rick Ankiel went from pitcher to outfielder, a move which left baseball purists scratching their heads. Unless your name is Babe Ruth, that simply does not happen.

The ability to play multiple positions often works to the benefit of the team at the expense of the player. Don’t kid yourself. Pro Bowl and All-Star game nominations mean more to players than you think. They like the recognition of being the best of the best. Not to mention bonus checks are often tied into All-Star Game and Pro Bowl appearances.

Back in the day, when we all collected baseball cards, the back of the card listed a player’s statistics. The front had his picture, team and position. I haven’t bought a sports card in years. I have no idea what position is says for Percy Harvin. Maybe it should simply say AP for All-Purpose.

Sport has become more exciting thanks to the hybrid athlete. They give their team considerable more opportunity to make things happen, both offensively and defensively. Let’s just hope their sports don’t hold it against them.

13 Replies to “The rise of the hybrid athlete”