We now take a short break from obsessing about our busted brackets to celebrate our weekly caption contest.  This time around, we poke fun at one of the more dynamic basketball players of all time: Round Mound of Rebound turned basketball analyst extraordinaire, Charles Barkley.

Seen here in his slim-fitting jeans and USA basketball tank top, Sir Charles shows us that not much has changed over the past twenty-five years, other than his waistline, of course.

So sports fans, stop tearing your hair out, put down your pens and your pepperoni pizza, put on your best short shorts and have a little fun at Sir Charles’ expense.

The winning entry can pretend, if even for a brief moment, that their brackets are still somewhat intact. 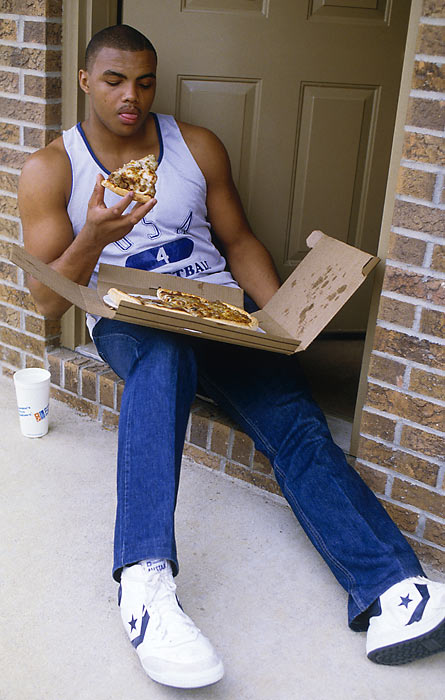