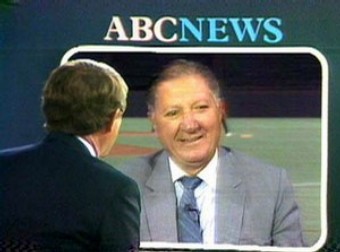 April 6, 1987 is a day that lives on in sports infamy, but not for any specific athletic achievement on the field.  In a live, late-night interview in front of millions of viewers, Ted Koppel, the host of Nightline, asked then Dodger General Manager, Al Campanis, why there were so few African-Americans managing in Major League Baseball.  Campanis boldly replied that African-Americans didn’t have the “necessities” to become successful field managers or general managers.  In that same interview, Campanis also stated blacks were poor swimmers because they lack ‘buoyancy.”  Campanis was summarily dismissed from his position as Dodger G.M.

Only a few months afterwards, Jimmy “The Greek” Snyder, who had worked as a commentator for CBS’ NFL Today for twelve years, was fired from the network for stating in an interview that ‘blacks were better athletes because they were bred that way.”

More than any other two incidents, these two foolish statements, and the subsequent firings of the men who made them, were the driving forces behind our modern obsession with political correctness in the sports world and the medium that reports it. 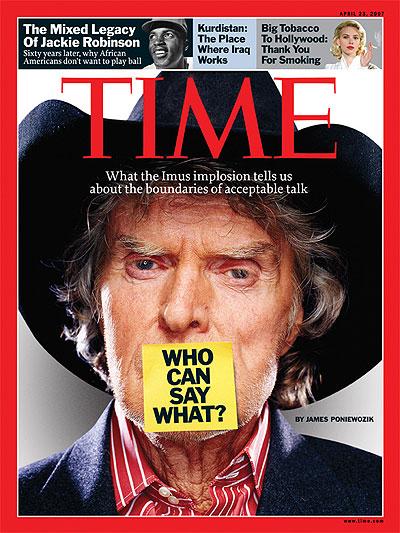 The pearls of wisdom don’t stop there.  In October 2003, Rush Limbaugh resigned from his post as contributor to ESPN’s Sunday NFL Countdown after stating that the liberal sports media wants “black quarterbacks (to) excel and do very well so that their claims that blacks are being denied opportunity can be validated.”  His recent bid to become partial owner of an NFL franchise was summarily denied by the commissioner.

Michael Irvin was fired from ESPN after implying that Tony Romo’s athletic ability was probably the result of African-American heritage.  Don Imus was fired from CBS after referring to the Rutgers women’s basketball team as a bunch of “nappy-headed hoes.”

Some might argue that the sports world has become too politically correct.  However, in light of such comments, there appears to be justification for this continuing trend and for the subsequent ramifications for those who violate its code of conduct.  Although we are a nation of immigrants and boast more cultures than any other country in the world, the majority of Americans are still unable to cope with differences in race, gender, culture and sexual orientation.  While we have made great strides in the last several decades, racism, both overt and covert, still plague our society.  Our trend towards political correctness is a direct effort to rectify this malady.  Obviously, it’s still not working.

We still have athletes like Gary Sheffield stating that baseball features more Latins than blacks because Latinos are more “controllable” or Torii Hunter calling dark-skinned Latin players “impostors.”  Michael Ray Richardson was suspended from his CBA coaching position for saying he had “big time, crafty Jew lawyers.”  In a Miami radio interview with Dan LeBatard, Tim Hardaway openly claimed he hated homosexuals.  To date, no high-profile male athlete has ever announced he’s homosexual while playing professional team sports for fear of the ramifications.

While groups like the American Civil Liberties Union openly defend our First Amendment rights to free speech, these rights do not apply to words spoken over radio and television media.  In America, we are free to say what and how we feel, but we must understand these words may come with repercussions, as seen in the aforementioned cases. 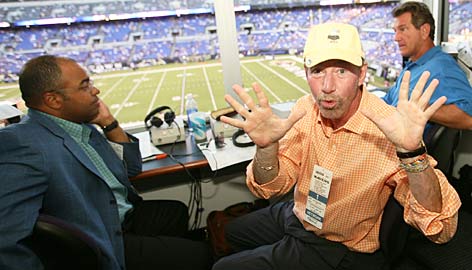 Is the sports world overly obsessed with political correctness?  One need only look to the make-up of the recent Monday Night Football broadcasting crew to find an African-American commentator, a Jewish broadcaster, a white former NFL player, and a female sideline reporter.  This was not done by mistake.  We have brought this on ourselves by failing to appreciate and value those who are different from us.  We live in a society that permits us free speech yet we still must be protected from that speech.  When you openly characterize a group of young, impressionable teenage girls as ugly or nappy-headed or hookers, or if you claim to hate a specific group of people because they’re different, then you probably need to take a deep look at yourself and determine what’s so perfect about you that allows you to judge so haphazardly.

If it weren’t for our over-emphasis on political correctness, we might go on thinking it is okay to hate, discriminate or sustain prejudicial beliefs.  Political correctness gets a bad rap.  It exists for a reason: to protect us from ourselves.  It is intended to educate us to respect and understand those different from us for reasons of skin color, background or religion, and to tell us what NOT to say.  Until we can learn to ‘just get along,’ it must remain in stern place.  People need to be held accountable for their actions and their words.  Our rights to free speech should be exercised carefully and not misused.  Remember that one day when someone discriminates against you.  You might not like it so much.