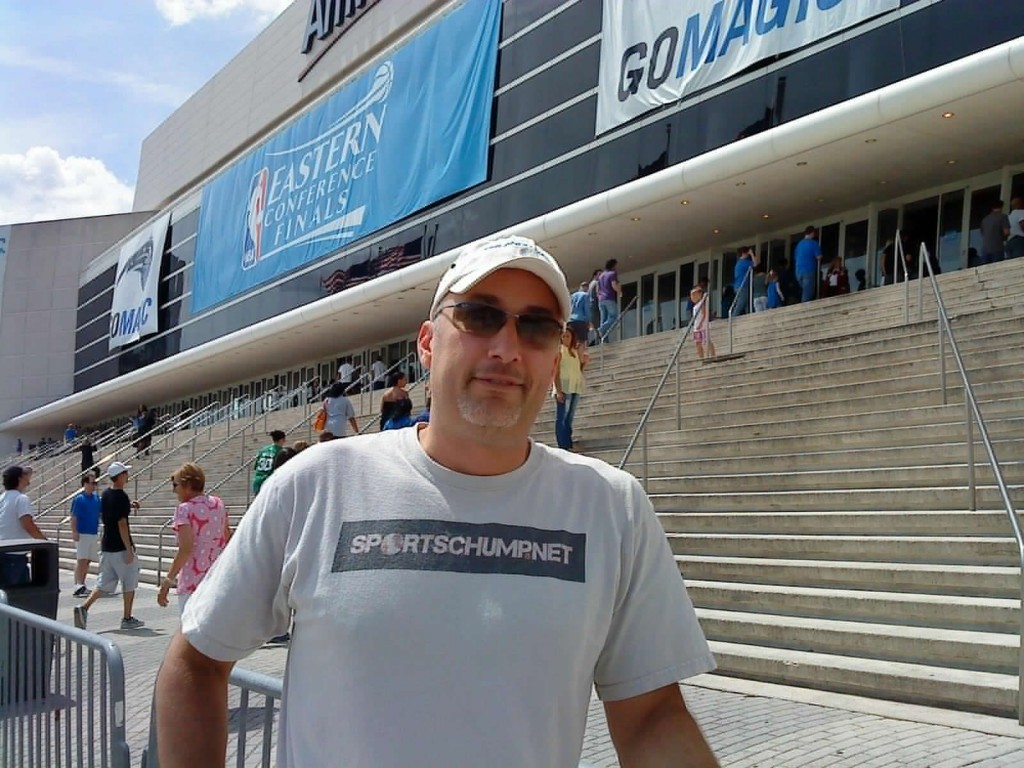 When I received word that the world’s biggest Helen Reddy fan had a spare ticket to Game One of the Magic-Celtics series, I jumped at the opportunity.  In retrospect, listening to “Delta Dawn” and “I Am Woman” for two-and-a-half hours would have been considerably less painful than watching the actual game.

On Sunday, the 17,000 fans inside Amway Arena witnessed Orlando’s most lackluster, uninspired and inconsistent performance of the season.  After sweeping their first two playoff series, the Magic soiled the proverbial bed.  You picked a fine time to leave me, Lucille.

Well, at least it gave me something to write about.

Entering this series, Boston’s game plan was no secret.  The Celtics wanted to make Dwight Howard beat them.  Get into his head.  Rattle him.  Play physical, heady basketball, frustrating Orlando and take them out of their game.  For Game One, at least, that plan worked.  The Celtics stormed out to an early lead and never looked back.  Doc Rivers feels his is the better basketball team and after watching Sunday’s game, he might be right.

Orlando played right into Boston’s hands from the outset, making only four baskets in the first quarter.  Four baskets!  The Magic were out of this game before they could spell ‘leprechaun.’  Stan Van Gundy probably could have called some early time outs to 1) remind his team to work the ball inside out and 2) ease some of the tension in the arena.  But he didn’t and his team sputtered.

Not only were the Magic tentative early but oddly enough, so was the crowd.  I’m not sure you could hear it on television, but on one of Dwight Howard’s early trips to the free throw line, an awkward silence washed over the building.  I dropped a pin.  It clanged.  It was as if we were expecting him to miss.  The fans kept waiting for Orlando to get them into the game, instead of the other way around.  Whenever I sense that much nervous energy from the home crowd, the outcome is never good.  And it wasn’t. 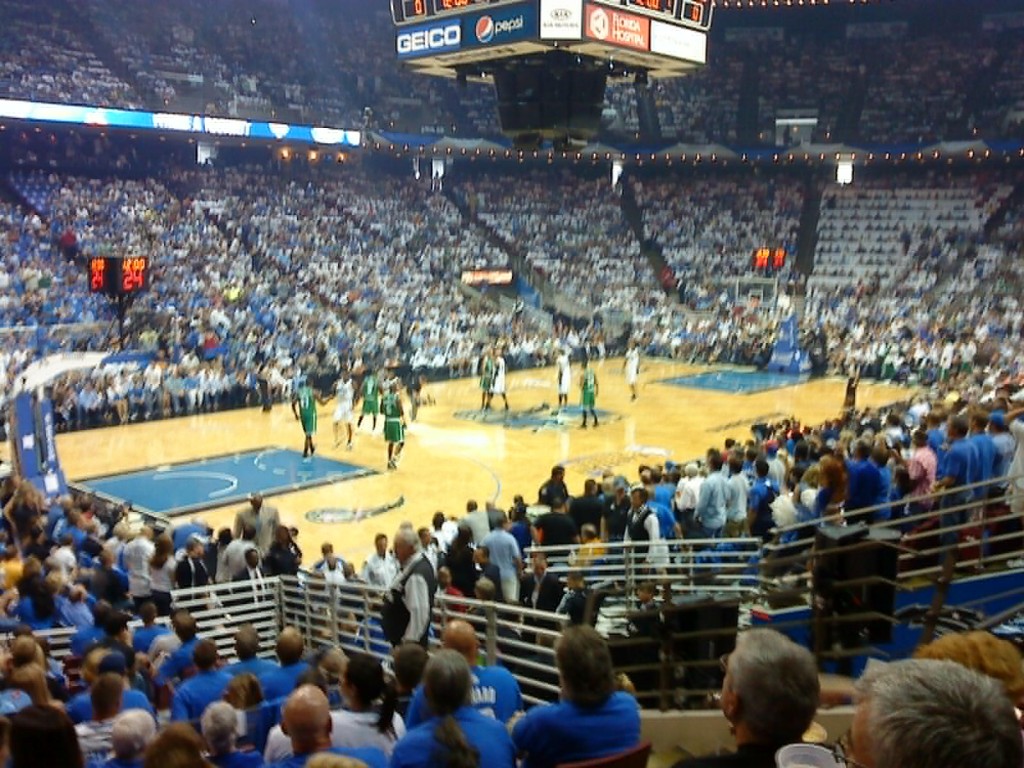 When the Magic penetrated the paint, they were successful.  But when lay-ups rimmed out, the Magic threw out the baby with the bathwater, settling for missed jump shots that resulted in transition baskets on the other end.  That’s a sure way to lose this series.

This isn’t rocket science.  The Magic are at their best when their inside game is working.  But when Boston took that away, they also took away the perimeter.  Simple game plan.  Flawless execution.

Orlando had a few, individual flashes of brilliance.  Barnes hustled as he always does, Nelson began the second half with six straight points, J.J. Reddick got hot late, Vince Carter was successful when forcing the action.  But Dwight…. oh Dwight.  3-of-10 from the floor will get you an early seat next to LeBron this summer.

First, Dwight needs to take more than ten (quality) shots a game.  Carter and Nelson combined for nearly four times that many!  Second, he needs to make more than three of them.  Seven Celtic players had three field goals each.  And most importantly, when Howard strays from the game plan, his coaching staff needs to reign him back in, even if it means blowing all your time outs to make your point.

I recently asked whether LeBron James was too nice for his own good.  Dwight might suffer from that same affliction.  All afternoon, I kept waiting for him to dunk on someone’s head, to tear down the rim and get the crowd going…  but it never happened.  Look at the veterans who have won titles lately: Kobe Bryant, Paul Pierce, Kevin Garnett, Ray Allen.  These guys are business-like and will win at any cost.  There never has been, nor will there ever be, a friendly NBA Champion.  Dwight needs to find that edge.  If Superman doesn’t become Supermean real quick, this series will be over.

Games One are tough to figure out.  Sometimes the more rested team has the advantage.  Other times the first game goes to the more battle-tested.  But it’s always the more prepared team that wins and that was Boston on Sunday.  In the chess match that was Game One, Boston was Bobby Fischer.  Ray Allen said it was important to not give a team like Orlando any light.  They didn’t.

Rivers’ preparation reminded us why he’s one of the only coaches not named Riley, Jackson or Popovich to win a title lately.  After a 92-88 loss in a game that was nowhere near as close as that score indicates, it is now time for Orlando to make adjustments.  Van Gundy knows what needs to be done.  His team just needs to execute.

Over the course of 82 games, the Magic were the better basketball team.  Just because Boston out-banners Orlando seventeen to zero doesn’t mean the Magic have to apologize for being the better team… on paper.  They just need to prove they’re better on the parquet.

54 Replies to “How Doc Rivers enjoyed his return to Orlando (and spoiled mine): Celtics down Magic in Game One”