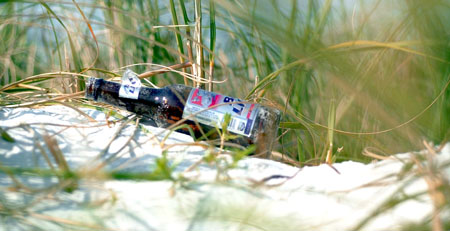 So when I first got the OK from Chris to start blogging on Friday, one would assume that I sat down at my computer and got right to work. I mean, if I’m going to be a legitimate contributor, I should show some initiative right? Wrong! Yours truly jumped ship to a wealthy friend’s house out East on Long Island for unlimited sun, swimming, food and booze. In all fairness, it was July 4th weekend and after starting a real 9 to 5 job, I needed a break.

But it’s pretty rare that I take a break from the wonderful world of sports. You see, I’m somewhat addicted to my Google Reader account where I have about 50 RSS feeds (sports, music, popular culture, etc.) that I monitor on a frequent basis. The fact that I follow so many blogs combined with a mild OCD-like desire to keep my “unread” count close to zero means that I’m checking in on a very, very regular basis.

The one time I did take an extended hiatus from Google Reader was during my most recent spring break trip, a week long cruise of the Caribbean back in March. When we finally got cell service on the last day at sea, I had upwards of 1000 unread posts. Now clearly I’m not that big of a degenerate that I sat there reading every single one. There was definitely a lot of skimming and a lot of “mark all as read.” But when I spent the next few hours at lunch, on the beach, and by the pool glued to my iPhone trying to catch up to a weeks worth of news, my brain nearly shut down. I don’t know what it’s like to have an aneurysm and would be more than happy never to find out, but reading a week’s worth of sports news in a few hours was pretty darn close to the real thing (note to sufferers of brain aneurysms: I am an idiot…please excuse my offensive analogy).

Anyways, shutting myself out of my Google reader account for the weekend to focus on an uncomfortably placed sunburn left me with one option for recapping a weekends worth of events free of slaving over hundreds of blog posts: watching SportsCenter.

After becoming more and more entrenched in the blogosphere I have begun to avoid watching ESPN. Considering the fact that I am a big sports fan and an avid television viewer, not watching SC would seem counter-intuitive. After reading so many blogs, ESPN just seems like a dumbed down redundant version of news that I can find on the web. They also fall into the trap that plagues other 24/7 news organizations in that they conform to a narrative and end up beating a dead horse on certain subjects simply because they need content to air throughout the day (see: Brett Favre). 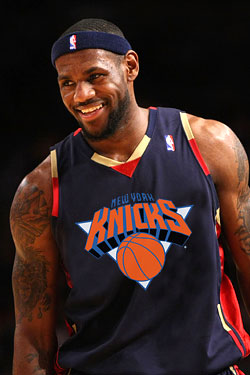 So after 5 long-winded, holier-than-thou like paragraphs, I finally get to my point. ESPN has completely butchered their coverage of the NBA free agency week/month/whatever, most notably that of Lebron James. Maybe it’s because I’m a Knicks fan and have a biased view of where I think he’s going (New York), enough so that I even bought some shares in MSG. For whatever reason ESPN has been downplaying the Knicks chances for weeks. And I would have no problem with that (I’m hopeful, but obviously realistic) if they actually had some legitimate information on the subject. But EVERY SINGLE THING that has been reported in the last week or so has been from a source. Or from a sources’ source. Or from a sources’ girlfriend who overheard a conversation that two guys wearing Miami Heat jerseys in a footlocker had about (you guessed it) what they heard on ESPN from Chris Broussard’s source. The nonsense goes full circle.

I understand that this free agency period is arguably the biggest thing happening in the NBA in the last 5 years. But the lack of legitimate reporting has been an embarrassment. And do you know what the worst thing is? Once the dust settles and everyone lands on their respective teams, there are going to be reporters who will claim to have gotten the scoop. Guys like J.A. Adande, Marc Stein, Ric Bucher—analysts who I generally have respect for—that tweeted something last week from a “source” which by pure dumb luck happened to come true. And because of this, the cycle won’t end and ESPN won’t lose the credibility that they lack as a legitimate sports news organization.

/Source reports Lebron is leaning towards signing with the Knicks

/Forgets every gripe regarding ESPN’s reporting

23 Replies to “Source: New Contributor Gets High and Mighty about ESPN aka The World Wide Leader”