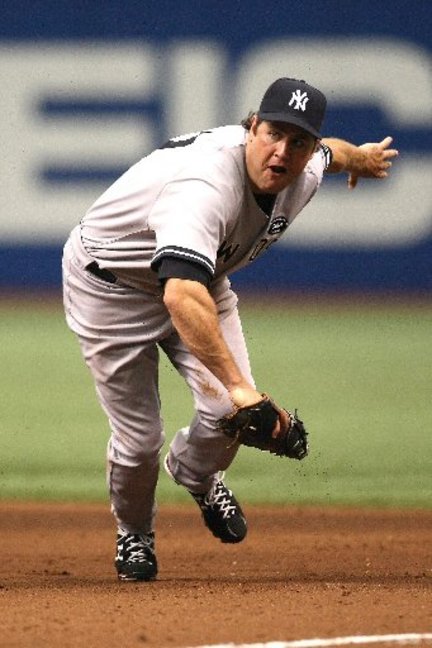 Major League Baseball’s trading deadline passed last week and as usual, the New York Yankees were deep in the mix.  This time around, they acquired Kerry Wood, Austin Kearns and Lance Berkman, who is probably, yet still debatably, Hall of Fame bound by the end of his career.  For years, the Yankees have had the means to afford top talent, but recently more than ever, they have spent big money on specific players to suit their needs.  They are one of the few teams in the league able to consistently do so.

The Yankees retired number list reads like an American history book.  DiMaggio, Berra, Ruth, Mantle, Gehrig.  But so many others who have worn the very same uniform lately have become nothing more than pinstripe prostitutes for a shot at a ring and a quick paycheck.  To this day, hardcore fans still don’t consider Alex Rodriguez a true Yankee… whatever that means.

Johnny Damon played in the Bronx for four seasons, earning 13 million dollars a year, more than he got paid by any team prior to, or after, playing in New York.  Over the years, the Yankees have done the same with Carl Pavano, Xavier Nady, Randy Johnson, Bobby Abreu, Kenny Lofton, Wade Boggs, the list goes on and on.  The Yankees have become that drunk girl that gets passed around a frat party, only with slightly better benefits.  But now Kerry Wood?  Austin Kearns?  Lance Berkman?  The Yankees buy and sell players with the frequency of a day-trader buying stocks on his laptop.  No allegiance, only looking for the quick buck. 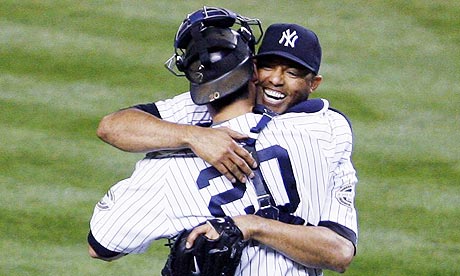 Maybe it’s just me but playing for the Yankees used to mean something.  Like playing for the Cowboys or the Celtics.  But if twenty percent of the league has donned the pinstripes at one point during their career, does being a Yankee still hold the same meaning?

The 2009 New York Yankees that won the World Series had only four players from their previous dynasty (Derek Jeter, Mariano Rivera, Jorge Posada, Andy Pettitte) and have had a slew of others pass through their turnstile over that same time frame.

Free agency is what it is.  In a sport with no salary cap, the Yankees continue to stockpile talent on a whim, while cash-poor teams are forced to relinquish the players they’ve developed.  Of course, winning with that talent is not a given but it considerably increases one’s chances.  Ask smaller market teams if they’d enjoy that luxury.

The New York Yankees represent capitalism at its best… and worst.  I’m no Yankee fan.  I can’t tell you how hired guns like CC Sabathia, AJ Burnett and the like, will be remembered in time by Yankee faithful.  But I guess that’s not important since they’ll soon have all new names to root for.

58 thoughts on “Does playing for the New York Yankees still hold the prestige it once did?”