As I mentioned in part one of our all-time hit leaders trivia contest, I had a significantly easier time naming the greatest hitters of the 16 National League teams than I did with the American League. I actually got 13-and-a-half right, so I feel somewhat redeemed from my previous, shameful 6-for-14.  Why the half point, you ask?  Read on and let’s see how you do.

Arizona Diamondbacks:  I’m not sure whether it’s easier or harder to guess the all-time hits leader for teams that have only been in existence a short while, but this one I got right.  One need only look back to the 2001 World Series and the man who won it for the D-Backs with a walk-off base hit, Luis Gonzalez, to come up with the right answer.  Gonzalez has 1337 career hits with Arizona. 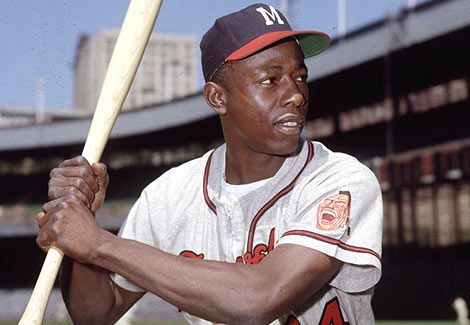 Atlanta Braves:  Okay, if you didn’t get this one right, I would stop watching baseball entirely.  Or maybe just pick up one of the best sports autobiographies ever written: I Had a Hammer by Hank Aaron, who finished his Braves’ career with nothing shy of 3600 hits.

Chicago Cubs:  I know, I know.  You guessed Ernie Banks, I guessed Ernie Banks, making us both wrong, sort of.  If you guessed Ryne Sandberg, you’d also be wrong.  He’s 4th.  Major League Baseball actually lists Cap Anson as the all-time Chicago hits leader with 2995.  Anson played with the Chicago White Stockings and Colts back in the 1800s.  But you know what?  I’m feeling generous and am going to give myself a point for guessing Banks, and you should too.  After all, I was thinking Cubs and there STILL has been no greater Cub than Mr. Baseball, who finished his career with 2583 hits.

Cincinnati Reds:  Duh, Pete Rose.  Professional baseball’s most famous gambler finished his career as the all-time hit leader with 4256, 3358 of which came in Cincinnati.  Anyone care to take a stab at number two on the Reds’ list?  Barry Larkin, of course.  Dave Concepcion is number three by the way. 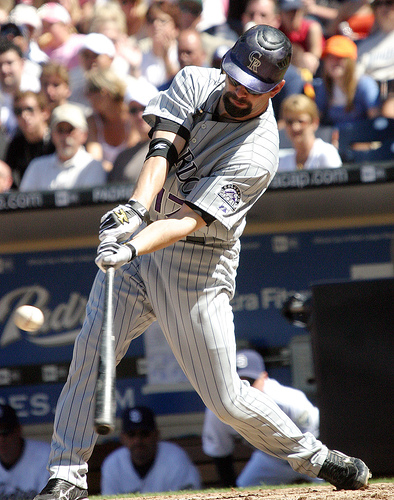 Colorado Rockies:  Another expansion team, another easy one.  Todd Helton is Colorado’s all-time hit leader with 1257.  I mean the guy hits .375 like it’s nothing.  Who else could it be?

Florida Marlins:  Okay, I missed this one.  In fact, I couldn’t even name someone who had played his entire career with the Marlins.  The name Jeff Conine kept popping into my head.  He’s actually number two and former Red Sox hero, Mike Lowell is third.  But the correct answer here is Luis Castillo, who finished with 1273 hits as a Marlin.

Los Angeles Dodgers:  Okay, I struggled with this one, which is amazing considering it’s one of the most storied franchises in the National League.  I kept thinking of all their great teams, knowing it could have been any one of a handful of players.  I went ahead and guessed Steve Garvey, which is partially correct as he is the all-time hit-leading LOS ANGELES Dodger.  The hit-leading Brooklynite of all time is Zack Wheat who played for the Brooklyn Robins back in the 10s and 20s.  He had 2804.  The all-time hit leading DODGER of all-time is Pee Wee Reese with 2170.  Garvey is actually fourth on this list with 1968. I’m giving myself half a point. 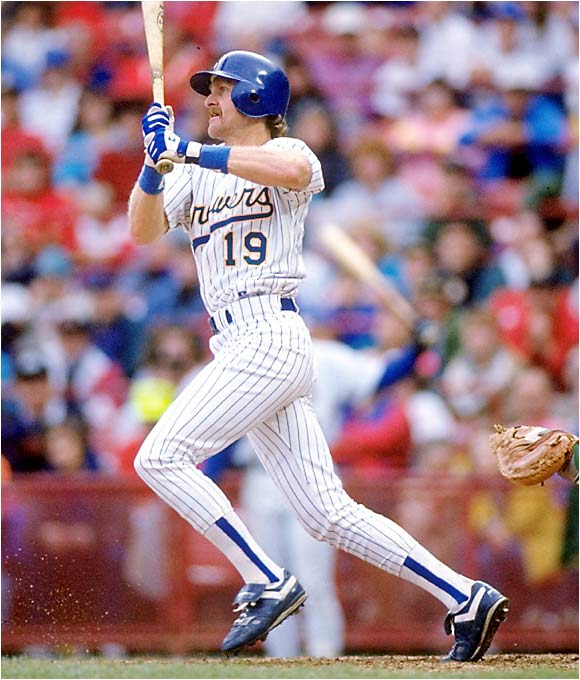 Milwaukee Brewers: Robin Yount, 3142.  Who else could it be?

New York Mets:  I actually nailed this one too.  Any guesses, Mets fans?  It’s Ed Kranepool with 1418.

Pittsburgh Pirates:  If you don’t know the story of Roberto Clemente, Google it immediately.  His career was cut short at exactly 3000 hits when the plane he was on, which was carrying aid to Nicaraguan earthquake victims, crashed.  He was only 38 years old.  Clemente batted .317 lifetime and is still considered the greatest Pittsburgh Pirate ever.

San Diego Padres:  Tony Gwynn with 3141.  No other Padre is even within 2000 hits of him.  On a side note, Gwynn also consumes that many calories for breakfast.

San Francisco Giants:  Another simple one.  The answer here is Willie Mays, who ended his career with 3187.  He played six years in New York before the Giants moved west for the 1958 season.  Who knew you were in for a history lesson?

Washington Nationals:  Okay, the Nats used to be the Montreal Expos.  Knowing that, you could only come up with one of three names: Andre Dawson (1575), Tim Raines (1622) or the actual all-time hit leader Tim Wallach (1694).

If you did better than 20-out-of-30, I commend you on your encyclopedic knowledge of the diamond.  Perhaps you should become our next commissioner.

16 thoughts on “National League Hit Leaders by Team: My shot at redemption”