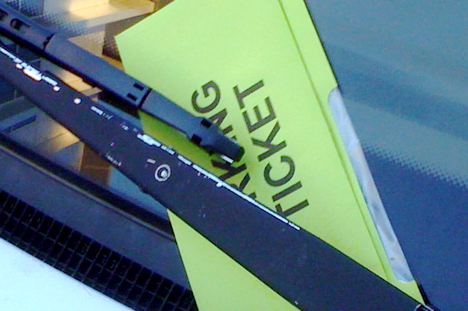 I recently got a parking ticket.  I’m considering not paying it.  I parked my car in a perfectly legal parking space.  There were no ‘No Parking’ signs anywhere to be found.  I had parked there many times before without ever receiving a fine.  But for some reason, when I got back to my car after work that night, there was that little yellow slip taunting me from underneath my windshield wiper.  The fine was thirty dollars.

As with most tickets, I thought I had thirty days to protest the fine.  Weeks later, when I read the back of the ticket, I found I actually only had seven days to do so.  My failure to pay attention to the rules cost me an extra ten dollars, so now I’m into the city of Tampa for forty bucks, if I decide to pay it at all.

Recently, Dustin Johnson found himself in a similar predicament, just with a little more at stake.  In this year’s PGA Championship, on the 72nd hole of his tournament and a major victory in sight, Dustin Johnson grounded his club in what he thought wasn’t a bunker, but actually was.  That is a rules violation.  His gaffe cost him very possibly his first major, four places in the tournament and over a million dollars.  And to think I was just complaining about a ten spot. 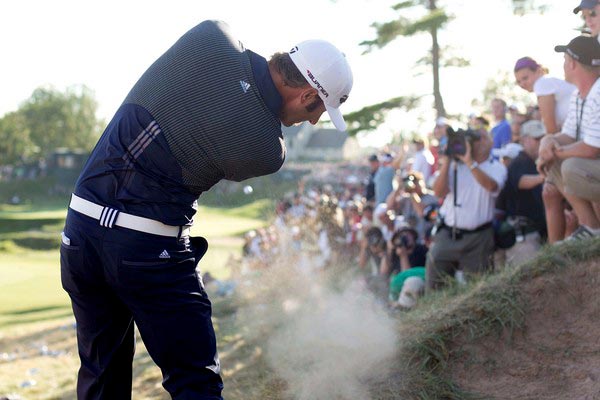 Immediately after the tourney, broadcasters, critics and fans nationwide came to Johnson’s defense, complaining about the Tour, its officials, the course and the rule.  Critics complained that the course wasn’t properly labeled, which it was.  People said the tourney official could have warned him, even though it’s not his responsibility.  Others barked that the course, Whistling Straits, had too many bunkers and that the golfers weren’t properly informed, which they were.  Just like my parking violation, I didn’t pay attention to detail and have only myself to blame.  Just like Dustin Johnson.

Johnson actually took the high road after the tournament, taking full responsibility for his error, but other golfers had his back.  One professional even joked that golfers never pay attention to the course information officials give them.  Um… they might want to start.

Dustin Johnson will continue his professional golfing career, still major-less to date.  He’ll be fine once he shakes this off.

As for me, I’ll probably end up paying that parking ticket since, after Sunday, I feel a little bit better about coughing up that forty bucks.

47 Replies to “Dustin Johnson, parking tickets and the failure to pay attention”