There’s not always a lot that can be told from the first weekend of college football.  Most major programs schedule patsies as warm-ups for their season.  But some winners and losers became very clear this Labor Day weekend. 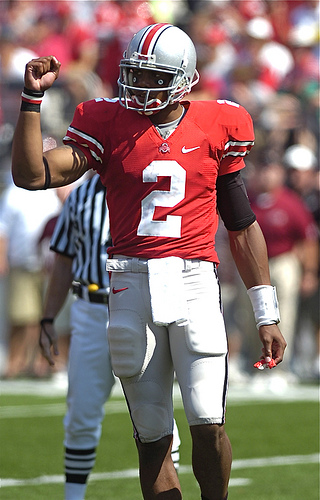 Florida State – Sure they played Samford but after beating them 59-6, including a 35-point second quarter, it looks like not allowing Bobby Bowden to coach one more year wasn’t such a bad thing after all.

Ohio State – A lot of people are looking for this to be the year Ohio State returns to the BCS title game and Terrelle Pryor wins a Heisman Trophy.  After a 45-7 drubbing of Marshall in Week One and a 17-for-25, 247 yard and three touchdown passing performance for Pryor, it looks like both are well on their way.

Arizona – It’s always good when you can beat someone 41-2 and that’s exactly what the Wildcats did to Toledo.  Nick Foles was 32-for-37.  That’s difficult to achieve when NO ONE is covering you, which is apparently what Toledo was doing.  Arizona entered the season unranked but that might change soon, particularly if they can pull off an upset when they host Iowa in two weeks.

SEC East teams – Georgia, South Carolina and Tennessee all won their first weekend’s matchups handily, while the Florida Gators struggled.  All three schools look poised to kick a team while it’s down.  The Volunteers will be the first to have their chance to do so in two weeks.

Boston College – In what appeared to be an electric atmosphere in Chestnut Hill, star linebacker and cancer-survivor, Mark Herzlich returned to the sport many thought he would never play again.  That alone is victory enough. 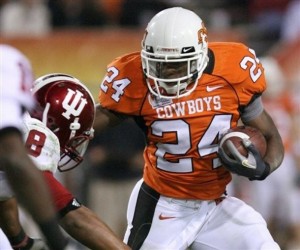 Oklahoma State – I couldn’t tell whether the Cowboys were that good or whether their opponent Saturday, Washington State, was that bad, but it seemed like every time Oklahoma State had the ball, they were scoring.  Kendall Hunter rushed for 257 yards and four touchdowns.  Oklahoma State might just make things very interesting in the Big 12 this year.

Alabama – Is it too early to just pencil ‘Bama into this year’s championship game?  Without their Heisman-winning running back, Mark Ingram, the Tide still put up 48 on hapless San Jose State.  They host Penn State next week in a game most everyone will be watching.

The fans – College football is finally back.  God Bless America! 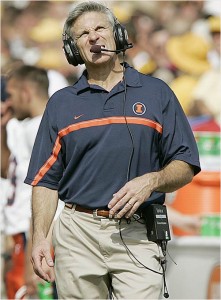 Pitt – Pittsburgh scheduled a tough road opener at Utah and paid the price for it, losing 27-24.  The Panthers were ranked 15th to begin the season but that will obviously change when the new rankings come out.  Does anyone else see a long season for Dave Wannstedt?

Illinois – It’s a good thing that this program doesn’t have high expectations because they never seem to attain them.  The fighting Zookers were winning this game 13-3 at halftime only to get shut out in the second half and lose 23-13.  Is this the year the Illini finally realize Ron Zook can’t coach?

Ole Miss – A double overtime loss at home on opening weekend to Jacksonville State?  Really?  Masoli or no Masoli, the Rebels are in for a long season.

Losers although they won

USC – The Lane Kiffin era in Los Angeles has officially begun and although they rung up 49 points on Hawaii, with Matt Barkley throwing for five touchdowns, they also allowed 588 yards of total offense.  Lane might want to remember who his father is. 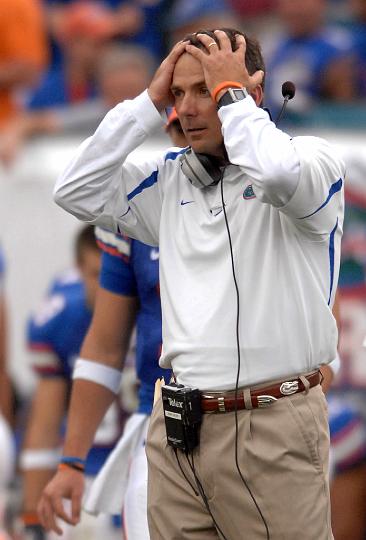 Florida – We all knew the Gators would miss Tim Tebow but maybe many were in denial about exactly how much.  On a frustrating Saturday afternoon, Florida struggled with even the simple task of snapping the football, fumbling eight times and losing three of them.  I have a feeling Coach Meyer kept his offensive line practicing snaps late into the night in preparation for their next home game against South Florida.

Penn State – The Nittany Lions got off to a sluggish start and were actually losing to Youngstown State in the second quarter.  They later realized they were Penn State and won by thirty, but not before making a lot of their fans nervous.  They’ll remain so all week as they travel to Alabama next Saturday.

Michigan – Michigan trounced UConn Saturday for a 30-10 victory.  Their quarterback, Denard Robinson, rushed for a school record 197 yards.  Too bad the school is under probation for NCAA violations.

Oklahoma – The Sooners eked out a 31-24 victory against Utah State in Norman on Saturday.  Utah State, a school that has LOST 13 straight season openers, actually had a chance to tie this game late.  As long as the Sooners keep giving the ball to DeMarco Murray, who rushed for over 200 yards, they should be fine.  That is until they play a decent team.

LSU – Leading North Carolina 30-10 in the fourth quarter, the Tigers seemingly had this one in hand.  Then the Tarheels rattled off two touchdowns with the chance for a third to win it in the final seconds, only to fall short.  In what appears to be a strong SEC West, LSU might want to tighten things up a bit before heading into conference play.

36 thoughts on “Winners, losers and also-rans from an opening weekend in college football”