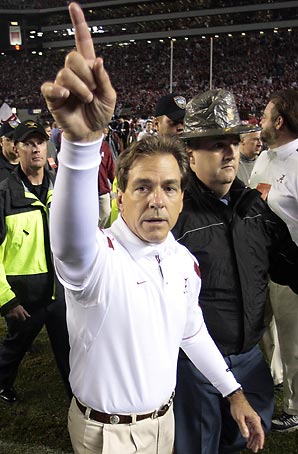 Is Alabama really THIS good?  Let me get this straight.  They played their first two games without their starting running back.  Their second game was against a school we thought would be a worthwhile opponent in Penn State and they still controlled both games from start to finish.  On a Saturday evening in Tuscaloosa, the Tide held the fighting Paternos to three points and four turnovers.  From the looks of it, Nick Saban’s team is poised for a return to the national championship game.

There was only one city more downtrodden than Blacksburg, Va. on Saturday… and that was Boise, Idaho.  Just when we thought Boise State’s victory over Virginia Tech would shake up college football, we watch the James Madison Dukes, who finished last year at 6-5, do the exact same thing.  It’s okay, Broncos fans.  You can always take comfort in the fact that when Ohio State and Alabama run the table, you weren’t getting into that title game anyway. 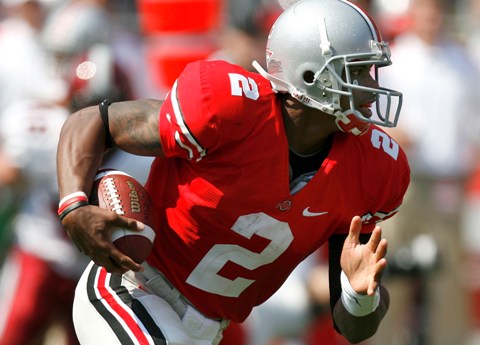 Speaking of Ohio State, can we just go ahead and give Terrelle Pryor the Heisman Trophy right now?  Enough with all this Jake Locker nonsense.  Sure, Locker will pass for over 3,000 yards and thirty-something touchdowns but Pryor is the best player in college football on one of its best teams.  Besides, Pryor’s numbers this year might actually be as gaudy as Locker’s.  Pryor looks bigger, stronger and considerably more confident under center and Coach Tressel is finally allowing his quarterback to go vertical, leaving Buckeye fans giddy at the thought of returning to the BCS title game, where they’ll likely face yet another SEC team.  Not to worry, Buckeye fans.  Third time’s a charm. 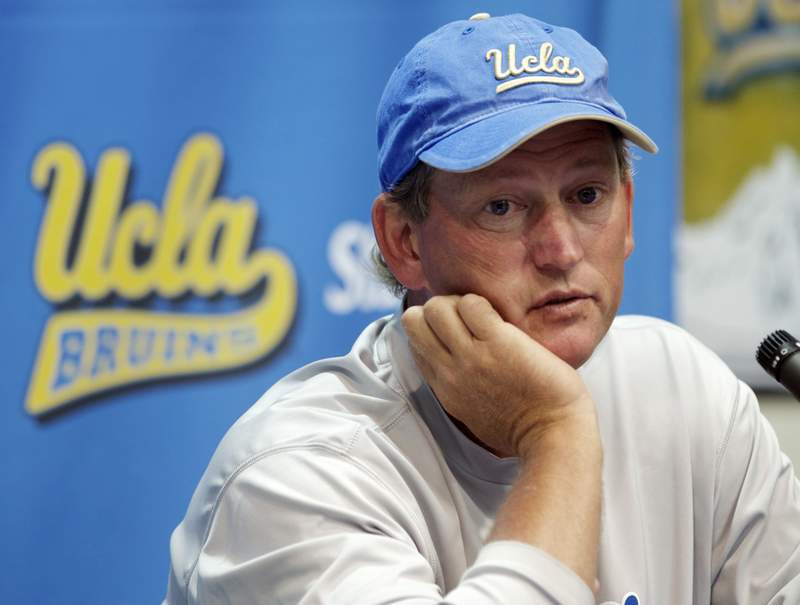 How bad is UCLA? You know things have gone south when LA Times sportswriter, Bill Plaschke, questions whether the team is even worth watching!  They’ve already been outscored 66-22 this season and that includes getting shut out at home by Stanford on Saturday.  The Bruins are 115th in passing yardage and points scored this season.  Isn’t Rick Neuheisel supposed to be an offensive-minded coach?  In the words of Bill Walton, that’s just hooooorrible.

What in the world happened to the Tennessee Volunteers Saturday night?  I know they were home underdogs to Oregon but they were leading that game 13-3 midway through the second quarter and ended up losing 48-13, allowing the Ducks to quack out 35 second half points.  That’s no way to gain momentum going into what is perennially the biggest game on their schedule: Week Three against the Florida Gators.  Look at the bright side, Knoxville.  Lane Kiffin is no longer your coach.  That’s still a good thing, right? 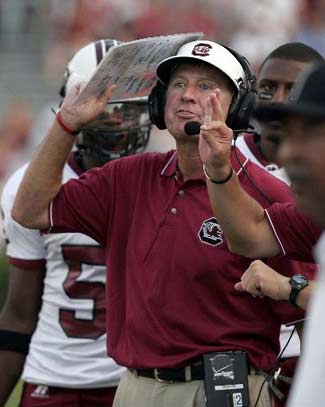 Could this be the year Steve Spurrier returns to the SEC Championship game?  His South Carolina Gamecocks were awfully impressive in beating the Georgia Bulldogs on Saturday.  With Tennessee’s lowly performance against Oregon, it looks like Spurrier’s only obstacle in returning to Atlanta might be his alma mater, the Florida Gators, who have looked impressive in only one of four halves this season.  Spurrier let his running back Marcus Lattimore do most of the talking against Georgia.  Lattimore carried the ball 37 times for 182 yards and two touchdowns.  South Carolina doesn’t play another divisional opponent for a month but over that time, they’ll play both Auburn and Alabama which will give us a better indication as to how good they just might be.

As I watched the end of Sunday’s Lions-Bears game, featuring the controversial Calvin Johnson touchdown that wasn’t, Fox announced that according to NFL rules, they couldn’t show us the final ruling and had to switch to their upcoming game… but not before they plugged an upcoming episode of Glee.  I sat and wondered whether the Lions had pulled off the upset or whether Johnson’s ‘catch’ would be ruled incomplete, which it ultimately was.  Five years ago, that would have been a touchdown, but according to the NFL officials, Johnson didn’t “complete the process” of catching the ball.  Kind of like how Fox didn’t complete their process of showing how the game actually ended.  Right or wrong, I understand the rule but whatever happened to catching the ball, coming down with it and being done with it?  When is a catch not a catch?  Apparently more often than we thought.  I’m starting to think too much instant replay might be a bad thing. 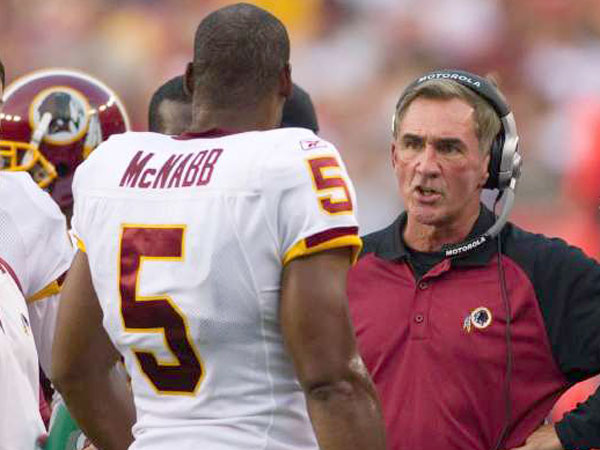 Not long ago, I asked which NFL team would have a better season, the Philadelphia Eagles without Donovan McNabb or the Washington Redskins with him.  Not to call out a friend and fellow sports nut, but Pat D. in Tampa answered “Regardless if Donovan McNabb is better than Kolb in 2010 the Eagles are still a far superior team than the Skins.”  I know we’re only in Week One but Kolb concussion or no Kolb concussion, early advantage Washington.  One thing I’ve learned over the years is never to underestimate a veteran quarterback and head coach with a chip on their shoulder.

I’d like to thank the Houston Texans for eliminating all talk of a Colts undefeated season in Week One.  Now there will be no discussion of whether Jim Caldwell should rest his starters in Week 14.

And finally, the Buccaneers won their home opener.  Too bad nobody in the area got to watch it.

28 Replies to “Chumping to Conclusions about Alabama, Boise State, Terrelle Pryor, UCLA, Tennessee, Steve Spurrier, Donovan McNabb, Calvin Johnson and when a completion is not a completion”