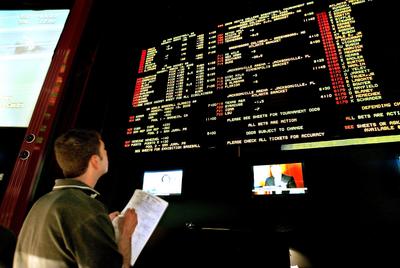 After week 2, I was a little disappointed, but I wouldn’t call my performance a disappointment. Does that make any sense? Basically I was kind of bummed that I didn’t go 13-3, but I didn’t really have expectations to crack .500. Neither did Chris, and I don’t blame him for that. Year after year, I refilled my Sportsbook account thinking that I had finally figured the lines out only to lose it all after four weeks and ask myself why I even bet on sports in the first place. If I had a dollar for every time that I contemplated betting the exact opposite of my picks only to disregard the idea and then regret not doing it once I lost all my money, I probably would have broke even. But I’m a trooper (and luckily don’t bet on sports anymore) and I’m going to keep picking even though it could get to the point of serious embarrassment.

So without further ado, here are my picks (with the home teams in bold) for this week. 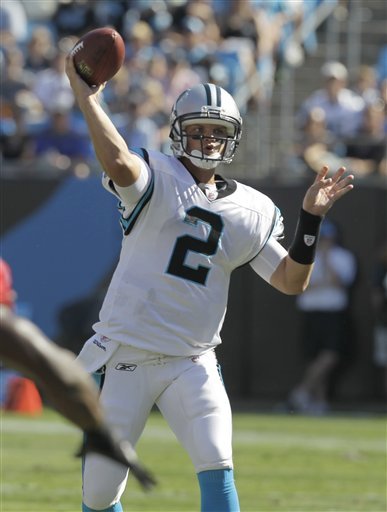 I’ve grouped these games together for a very specific reason. These lines are absolutely baffling to me. I like to consider myself very knowledgeable about sports, football specifically. I think it’s fair to say that I know more about football than 90% of the general population (completely random, unprovable statistics are the best kind). So when I look at these lines, my brain has trouble processing how I could possibly be wrong about them. Maybe the fact that they are all home ‘dogs (underdogs) has something to do with it, but what that something is, I don’t know. So on the face of it, the obvious picks to me are all 5 of the away favorites. How is the Tampa offense going to do ANYTHING against the Steeler defense? JIMMY CLAUSEN ONLY GETTING 3 POINTS ARE YOU KIDDING ME?!?! The Redskins are giving 3.5 to the Rams. THE RAMS! Chicago put on a decent show last week against Dallas (who I think we should have realized by now isn’t very good) and is only getting 3 points from arguably the best team in the league? Denver, WITHOUT CHAMP BAILEY, THEIR ONLY COMPETENT DEFENSIVE PLAYER is only getting 5.5 from Indy! How does Indy not score 40 points?

So I’m completely stumped. I want to pick all 5 of those games exactly how I see them. But time and time again Vegas tricks me. Whenever a game seems too obvious, or the line that is deceptively close, Vegas knows something. My dad always said that the definition of insanity is doing something the same way over and over again and expecting different results. When I used to bet on football, I would do exactly this. See a line that looked obvious to me, bet it and lose. So I’m going to try something different this week, because there is no money on the line and I’m frustrated with my performance last week:

(DISCLAIMER: Seriously I can’t believe I’m actually picking some of these teams. It goes against everything that’s good and holy, actually thinking that Denver is going to cover 5.5 against Indy. But it’s either all or nothing to test my hypothesis). 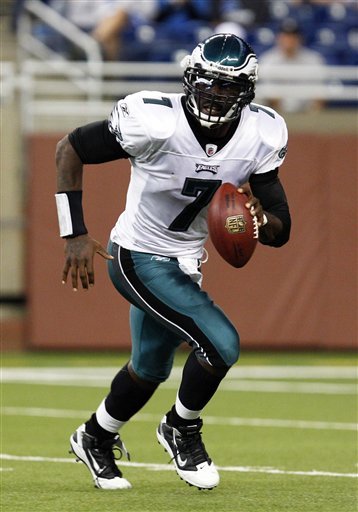 Seriously, when I meant all or nothing, I meant all or nothing. These two games just missed the cut in making the, “Oh my god this line is so amazingly obvious maybe I should reopen my Sportsbook account” level. The only reason they didn’t is because I can somewhat understand why the two lines are what they are. Philly is sporting Vick at QB and just barely beat the Lions. As bad as I think the Jags are, Philly obviously isn’t THAT good and they’re on the road, so it should be relatively close. But when I looked at the line, I was licking my lips getting ready to take the Eagles. Minnesota, on the other hand is at home playing the crappy Lions, so an 11 point spread isn’t so unthinkable. But again, I saw the line and was SOOO ready to take the Lions. Favre looks awful, Percy’s headaches are back and even without Stafford the Lions scored points. So in keeping with my previous hypothesis my picks are as follows:

This game is just screaming let down game for me. Short week for the Saints and I think Atlanta matches up relatively well. Should be a close one.

It’s a lot of points and Buffalo usually plays the Pats pretty well. But I really like the Patriots offense with their young tight ends and I think they can cover the 2+ touchdowns.

Tough game, a must win for Dallas (but people say that all the time, and I’m not sure it really means anything). They don’t have any takeaways yet, so the law of averages says they are probably due. But until they show something, I’m not going to trust them.

I think it’s a toss up, so I’ll take the home team and the points

Gotta give Ray Rice the ball more. Flacco played poorly, I think he bounces back as well. Should win big.

Another tough game to call. Chris Johnson probably bounces back, but I like the Giants playing at home. I’m still banking on them as division winners 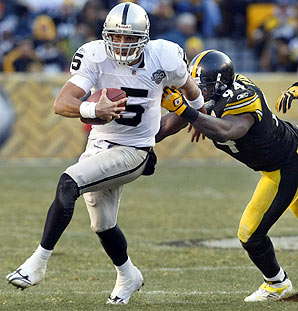 BRUUUUUUUCE. Bruce was huge for me last year when Oakland went on their run of beating good teams. Knocked out a whole bunch of people from my survivor league (I ended up choking in week 17). I think they can win straight up.

Ugh, I don’t know. No Ryan Matthews? Seattle has a good home crowd? I would usually take the Chargers, but I’m trying to mix it up a bit.

Jets are definitely the better team. They really shouldn’t lose…so they probably will. Plus I picked the Pats last week and the Jets won. Gotta keep the streak alive.

*ACo is the Sports Chump’s first ever contributing writer. As a recent graduate of the University of Michigan, ACo has resorted to blogging to help dull the pain of going from frat life to corporate monotony. His allegiances belong to the aforementioned Wolverines, as well as the New York Jets, Yankees and Knicks. So if at any point his biases get out of line feel free to rip him a new one in the comments section.