If you like offense, these Major League playoffs are not for you.  The first 48 hours have featured some downright, filthy, pitching performances.  And Roy Oswalt hasn’t even taken the mound yet.

This should come as a shock to no one as there were five (technically six) no-hitters this season, the most since 1991, which is ironically around the same time players started hitting home runs at a historical pace.  But crying conspiracy would only diminish the efforts of the aces we’ve seen so far. 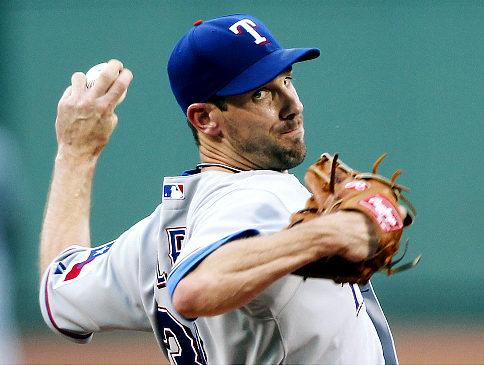 One need look no further than the first inning of the very first playoff game: the Texas Rangers against the base-allergic Tampa Bay Rays.  On a 3-2 count, with bases loaded, Cliff Lee threw an unhittable pitch at the knees of Carlos Pena for strike three.  That lone pitch set the tone for the series.  Lee was masterful, striking out ten, walking none and allowing only one earned run.

Not to be outdone, in the second game of the afternoon, Philadelphia’s Roy Halladay, who already has one no-hitter this year, made Lee’s performance look pedestrian, by throwing only the second no-hitter in post-season history, the first in over fifty years.  Halladay threw 104 pitches, 79 of them for strikes, completely baffling a Cincinnati Reds team that led the league in hitting.

In Game Two of the Texas-Tampa Bay series, C.J. Wilson allowed only two base hits, further stifling the team that can’t fill its stadium.  The Rays’ 2-through-4 hitters have gone a combined 2-for-24, not exactly what manager Joe Maddon was hoping for from the most productive part of his lineup. 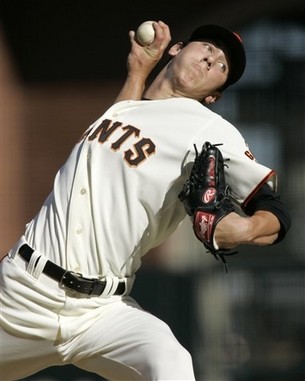 San Francisco’s Tim Lincecum struck out 14 Atlanta Braves on Thursday, throwing a two-hit shutout in his first ever post-season appearance.  Lincecum and his whirlwind delivery needed every bit of that as his Giants were only able to tally one run but it was enough to give them a Game One victory.

Then of course, there’s a Louisiana native who’s no stranger to post-season wins, considering he has more than any pitcher to ever play the game.  Andy Pettitte took the mound in Minnesota, allowing five hits in seven innings, giving the Yankees their second victory in the series and pretty much tightening the noose around Minnesota’s neck.

Six baseball games, five artful performances.  Lee, Halladay, Wilson, Lincecum and Pettitte combined to allow 14 hits and only three earned runs in 38 innings, striking out 43 and walking only five for a measly 1.40 ERA.  Simply put, they were dominant.

The old adage goes good pitching beats good hitting, particularly in October.  That’s exactly what we’re witnessing.  So tune in and consider yourself fortunate you don’t ever have to face these guys.