Can you believe it’s week 6 already? What’s the deal, football?  Stop going by so quickly! I know this is 100% going to jinx me, but can I get some props for not being terrible at betting for the last three weeks? Three straight weeks of .500 or above. Hell yea! Now, please allow me to proceed in destroying any chance at a respectable record with some more-than-likely-to-be-wrong picks. Like always, the home team is in bold. 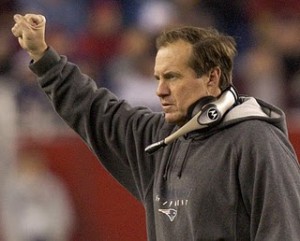 Wow. Bill Belichick really loves draft picks. It’s hard to knock Bill as he’s one of the best NFL coaches ever, which coming from a Jets fan is pretty tough to admit. And stock piling draft picks is all well and good, assuming one very crucial factor. You have to draft good players! The Patriots have had some miserable drafts in recent years and I don’t see any reason why this should change. It will be very interesting to see how things progress for a team that relies very heavily on one player (with very questionable hair). With no running game, no defense and now no deep threat wide receivers, this Patriots team is becoming less and less like the nearly undefeated team that scared the crap out of every opponent they faced.

After the first 5 weeks of the season, I’ve been able to figure out how to describe the Saints season from last year. I like to call it the “Perfect Storm of Awesomeness.” Absolutely everything went right for a team that is having pretty much everything go wrong for them this year. For the most part, they were very healthy, they were able to jump out to early leads by throwing the ball well and avoiding turnovers, and then, while playing with the lead their defense wasn’t exposed for its mediocrity and in fact was rewarded with a lot of interceptions, an unexpected amount of which were returned for touchdowns (sorry for the run on sentence, just deal with it). This year, they’ve been banged up on both sides of the ball. Sharper, Bush, Porter, Thomas and Brees have either missed games or been playing hurt. Now they really can’t run the ball and their defense is below average. Take away some fortunate turnovers that they cant create and this team stumbles into mediocrity. Lucky for them, the NFC is pretty awful. So if they can get healthy and tough out the regular season, some post-season magic isn’t out of the question.

Oh, and the Bucs aren’t terrible. They deserve some props after how badly I bashed them at the beginning of the year. 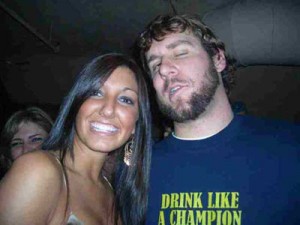 I was reading something earlier in the week about Ben Roethlisberger that made a really good point. What is his strategy for getting laid these days? Lets be honest. This is the same horndog from before his suspension. He’s still very rich, very famous, and a total sleaze-ball. But under no circumstances can he risk getting in trouble again. So does he roll around with a sober witness at all times? Does he have girls sign a document stating consent to the sexual activities? This whole “rape” thing must put a total damper on his game. Any suggestions? Big Ben needs our help!

Do you know what the worst thing is about the Bears being good? Bears fans. Not the most original argument, but it needs to be said. Go away, Bears fans.

By now you should have noticed a trend regarding my picks involving a certain giant green mechanical bird. I won’t come out and say it because I’m not one for jinxing, but hopefully you can figure it out.

This has to be a record for games in which a team that hasn’t won a game has been favored throughout the season. Can we just admit that the 49ers are terrible? For the love of god, the crowd was chanting “We want Carr” last game! HAS THERE EVER BEEN A MORE OBVIOUS INDICATOR FOR A TEAM’S TERRIBLENESS. Also, how depressing must it be to be a 49ers fan after hearing that chant? 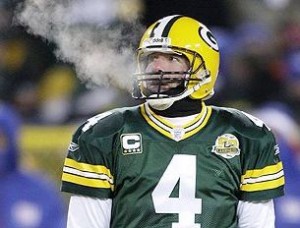 So you know how when you’re little your parents always say things like “Put a jacket on or else you’ll get a cold”. I was always quick to reply that you don’t actually get a cold from temperature, you get a cold from germs, because I heard it on a TV show or the internet or something (side note: everything on TV and the internet is 100% true). Well I went to the Jets-Vikings Monday night game earlier this week. The weather report called for a 30% chance of rain lasting about 2 hours. !@#$%^ you weather.com!!! I’ve never experienced harder rain in my entire life. It was as if I had jumped in a pool of cold water and then sat in a stadium for four hours. Combine that with the fact that my team’s coaching staff doesn’t understand things about clock management that my 14 year old brother learned in three days from Madden ’11 made it an evening filled with mixed emotions. The moral of this boring story is that I have had a really bad cold all week and it sucks. Somehow it all feels like Brett Favre’s fault.

Today I read an article that said Peyton Manning is getting worse. FINALLY. I also watched this video of Christine O’Donnell not knowing any supreme court cases. Today was a good day.

Games I don’t feel like talking about and/or have no more silly quips or anecdotes to put in a paragraph below:

We’re only 2-3 weeks away from my mid season post (whenever I feel like doing it). I haven’t reread my preseason predictions post, but from what I can remember, I think I said some smart things! Somebody get me a job on NFL Network pleaseeeeeeee.

11 Replies to “Week 6: Where ACo gets a cold from Brett Favre”