The highly anticipated Miami Heat experiment is off to a disappointing 6-4 start.  While only a disillusioned few could have expected a perfect season, ten games in, Pat Riley and Erik Spoelstra have found flaws that certain teams (Utah, New Orleans, Boston twice) have been able to exploit.

Fingers are being pointed in every direction… which is exactly what makes this caption contest so ideal.

In celebration of Miami’s mediocre start, I hereby present The Big Three caption contest.  This week’s winner will receive their very own copy of Merril Hoge’s “Find A Way,” courtesy of SportsChump.net and Press Box Publicity. 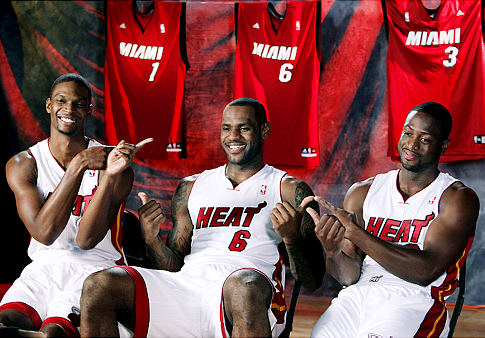