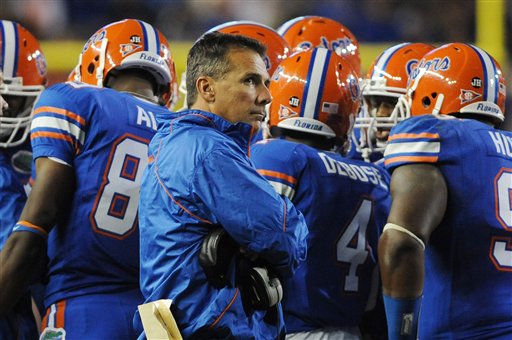 I’m not fond of change.

Many of us become so accustomed to living in that comfort zone, we can’t imagine life outside it.

As a Florida alum, I’ve been spoiled.  I enrolled at the school when Emmitt Smith was running roughshod over the nation.  Years later, a former Heisman winner returned to coach in the stadium he renamed the Swamp.  He established the football program as a national powerhouse, winning title after conference title.  Then one day, he was gone.

Shortly thereafter, the sun shone in Gainesville once again as Urban Meyer, with Tim Tebow riding side-saddle, ushered in a new period of dominance.

Paralleled by the success of its basketball program, the Florida Gators cast a shadow over college athletics, amassing four national championships and immeasurable smiles. 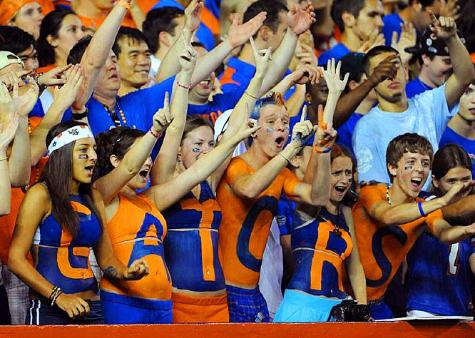 When I first heard the news of Meyer’s latest retirement from the University of Florida, I was getting my haircut.  I returned to my car to find three voice mails and several more text messages, most of them ending in question marks, a few in exclamation points.

Gator fans never faced definitive change the first time around.  Both departures were teasers.  Meyer and Donovan both returned, with neither of them matching their previous success.  Now Meyer leaves again to do who knows what.

Only Meyer and his inner circle know where he’ll end up.  At only 46, with quite the impressive resume, it’s hard to imagine him never coaching again.  It’s also hard to imagine how Florida fans will react if and when that happens.  Will we see him as the coach who cried wolf?  Have we been Sabanized?  Will we feel better about ourselves if he never walks another sideline?

An uncertain future leaves both Meyer and Florida fans uneasy.  That’s what change does.

Wherever he ends up, somehow, some way, I get the feeling we’ll all be just fine.