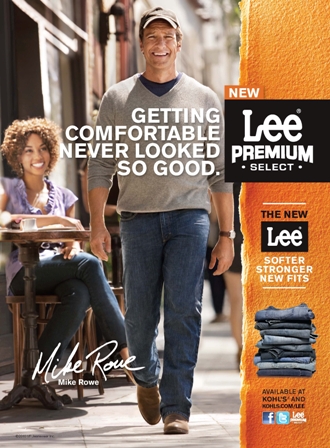 I have lots of baseball caps in my collection.  I wear different ones depending on my mood… or whether I decided to brush my hair that morning.  I wouldn’t necessarily say I ‘accessorize’ but I have been known to mix and match.  (Okay, so maybe that’s accessorizing).  One thing I do NOT do, however, is constantly wear the same weather-beaten, grey cap… especially if I know I’m going to be on television.

One guy, however, who does not share the same fashion sense as I (fortunately, few do), is invading my television more than Flo and the Geico lizard combined.  There are the commercials where he’s in a gray ball cap selling Fords.  There are others where he’s in that same gray hat pushing auto parts.  Then there are the ones where he’s selling jeans while walking down the street and some random woman, who is not his girlfriend, grabs him on the tush.  Multiple commercials, same ratty ball cap.

I finally Googled the guy to see who he was and why he has become a fixture on my flat screen.  I found out his name is Mike Rowe, host of Dirty Jobs and a variety of other programs.  I told you I don’t watch reality television.

As it turns out, I’m the one who’s out of the loop.  I was the only person on my block who hadn’t heard of the guy.  I asked friends and colleagues alike if they recognized him and they all looked at me like I was crazy.  I get that a lot.

I guess the jokes on me, but why would I watch a show called Dirty Jobs considering I like to work as little as possible. 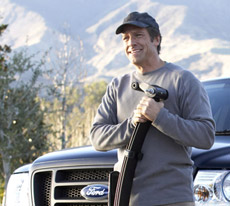 I’m no marketing genius but apparently Mike Rowe (and his cap) tested well enough to put him (and it) on every other commercial on television.  I had no idea he was this popular.  I’ve seen so much of him lately, I feel I should invite him over for Christmas dinner.

Look, I’m not hating on the guy.  More power to anyone who can find work in this economy, but personally I’d prefer it if he just Rowe, Rowe, Rowe his cap gently off my screen.  On a side note, isn’t his girlfriend upset about him routinely getting fondled by random women?  I know she’s seen his commercials.  They’re on every second.

Perhaps these companies are hoping Rowe’s Favre-like sensibilities will appeal to the common consumer, but now that Brett’s streak is finally over, isn’t it about time that Rowe consider ending his?

45 Replies to “Who is this guy, why is he taking over my television and why does he always wear the same friggin’ hat?: Making sense of the Mike Rowe invasion”