The final days of 2010 are upon us, which means that SportsChump has completed its first full calendar year.  Thanks to all who have come and gone and ahem… come again.

Since the year is coming to a close, I thought it might be fun to review some of my favorite posts of the past year to see when I was spot on, when I laughed, when I cried and when I was completely off my rocker.

So join me, if you will, for our 2010 SportsChump Year in Review. 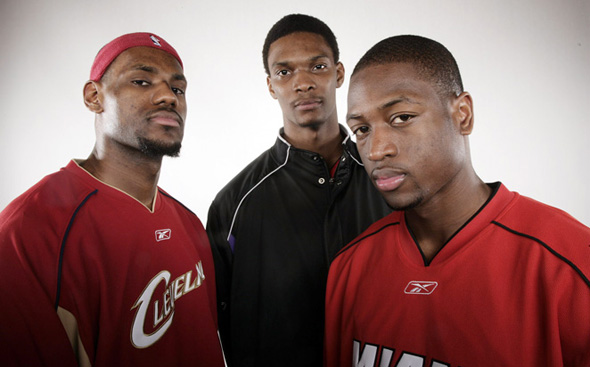 Predicting the 2010 McChumpies: A look to the future – January 3

Last year, when I compiled my 2009 Year in Review, one of the publications I write for asked me to predict what 2010 would hold for sports fans.  So I did.

I predicted Tiger Woods would win comeback athlete of the year.  He didn’t.  I also mentioned that Bosh, Wade and James would get filthy rich.  I just didn’t expect for that to happen all on the same team.  I also guessed a huge call would be blown in Major League Baseball.  Damn, I’m good.

Anyone who runs a successful blog site knows the importance of renaming jpegs to boost traffic.  Thanks to the popularity of John Cena, this post continues to get hits to this day.  Aside from showing Cena in his skivvies, the content itself is quite hysterical.

The concept was inspired as I sat in a bar, watching football and texting my friends.  Imagine that.  When I overheard one customer tell the bartender he used to be a roadie for Air Supply, well, that’s all I needed to hear to keep myself entertained for the evening. 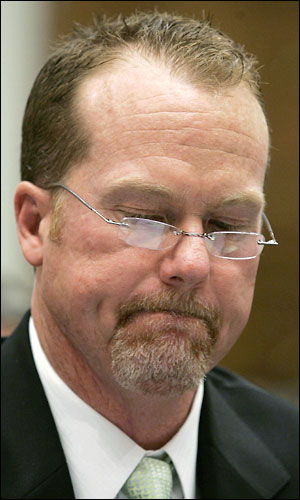 Steroid use in baseball has given us plenty to write about but when Mark McGwire finally came clean, none of us really felt any better.  Here are my thoughts on why I didn’t need to watch Big Mac’s press conference.  Plus I thought the title ‘Juicing Big Mac’ was clever.

This was my follow-up to the steroid scandal… and also, one possible suggestion to cure our economic woes.  Imagine how much money could be generated from a television event in which everyone in sports finally tells the truth about their cheating.  How much would sports fans pay for peace of mind?  I also love any time I can mix in a Night Shift reference.

The passing of a loved one is always difficult.  When that person is your best friend’s mom and someone who had a hand in raising you, it’s even more so.  This was a tribute to one of the strongest women I’ve ever known.  If you plan on re-reading this one, you may want to have some tissue handy. 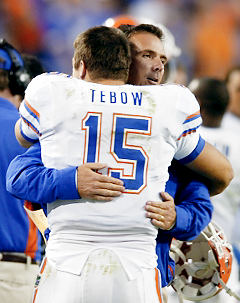 Leading a Tebow-less existence: The challenge that lay in front of Urban Meyer – February 12

It didn’t take a genius to figure out the 2010 Florida Gators would suffer mightily.  Here I compared Steve Spurrier’s inability to win after Danny Wuerffel to Meyer’s post-Tebow tenure, which as we now know, lasted only a single season.

Poker night at the synagogue: A study in unmenschlike activity – February 22

I know a temple is supposed to be a place of worship not conflict, but hey, he started it.  Besides, who plays cards in a house of prayer anyway?

The Brushes with Sports Greatness are some of my favorite posts to write, mostly because they draw from interpersonal experiences with family and friends.  The Steve Lowery Fan Club, of which I am the self-appointed president, was inspired from two drunken afternoons on the PGA Tour where my friends and I were a little louder than we should have been. 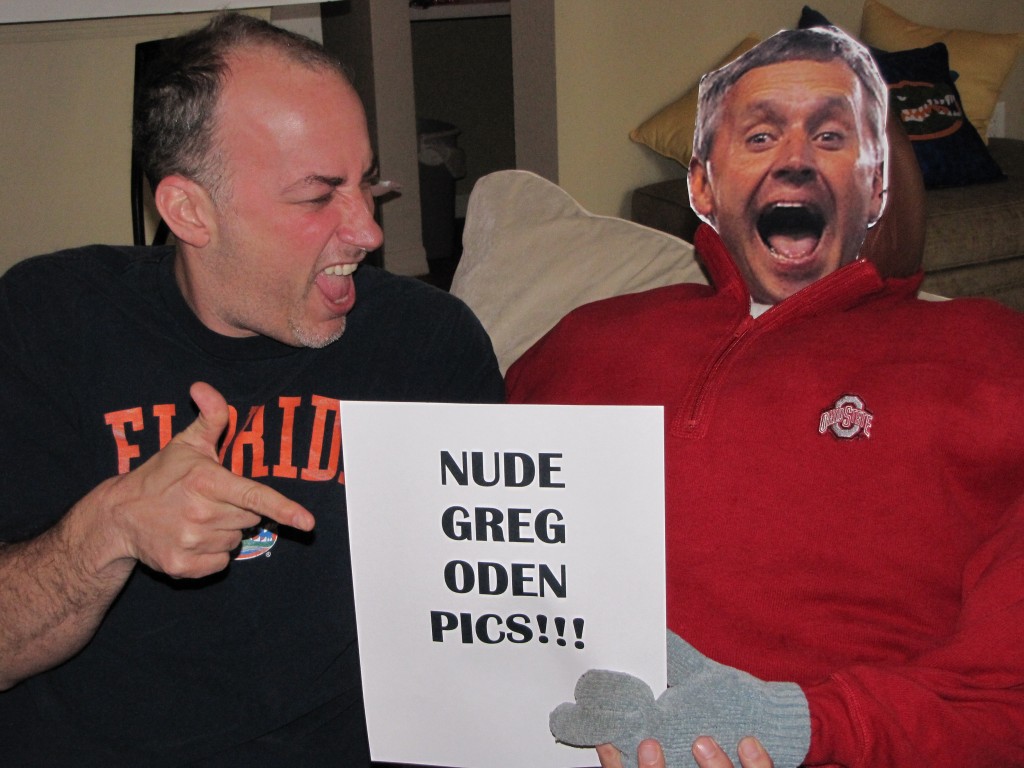 This remains one of my favorite posts of all-time… and it was inspired by a single sweatshirt.  I got the idea when a friend left his Ohio State fleece over at my house.  When mom came over with a camera one afternoon, one little cut-out of Jim Tressel later and it was on.  My buddy Croshere, to whom the sweatshirt belongs, called this post the Mona Lisa of sports-based comedy.  I’m flattered, sir.

Sex scandals in sports: Ben Roethlisberger, Tiger Woods, Rick Pitino, TMZ and who is taking all these damn pictures? – March 26

It sure seemed like there was a whole lotta love in 2010 with a whole lot more people watchin’.  In this article, I asked where we draw the line between privacy and the professional athlete and when we should just put away the camera phone.

This was another Creative Loafing assignment that got me in good with local skating community.  They even used this piece as the template for their fledgling sports department. 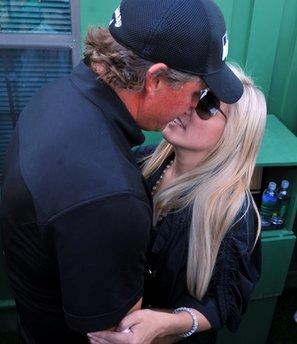 Phil Mickelson, the Masters and the reasons we watch sports – April 14

This was inspired after watching Phil Mickelson win his second Masters after dealing with personal matters off the course.

The things I’ll do for material.  I actually brought my video camera on this excursion but couldn’t simultaneously focus on recording the trip and not vomiting all over the pilot.  I queasily present to you the day I hung upside down in a helicopter and lived to tell about it.

This article commemorates the passing of Hank Gathers and recalls when I saw Loyola-Marymount reach the Sweet Sixteen right after losing its brightest star.

Like the Heat, hate the Heat. Still undecided – July 28

I wrote this piece shortly after LeBron’s decision.  Ironically, a few months into the season, I still can’t decide how I’ll feel if and when the Heat win it all. 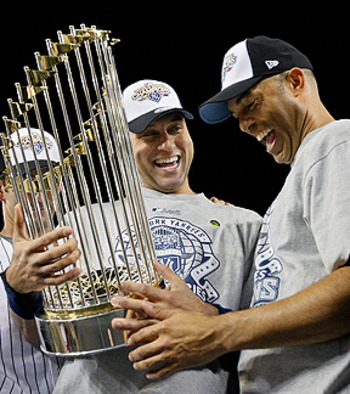 The thing I enjoyed most about this piece was the reaction I got when I posted the link on a Yankees message board.  You can’t imagine the hostility it sparked.  Well, Lance Berkman is no longer a Yankee so maybe I was just a little right, huh?

It was right around this time of year when Mel Gibson once again showed us his true colors.  With the help of Visual Communications, I decided to parody LeBron spurning Jay-Z and the New Jersey Nets with a little Mel Gibson-style voice mail.  Earmuffs, children.

Defending the flop: A practical look at bending the rules in sports – August 16

If there’s anything NBA fans hate, it’s flopping.  I’m not crazy about it either but here I tried to put flopping in perspective by comparing it to any other sort of rule-bending in sports.

Has Cee-Lo Green written the best song ever? – August 20

I only included this link because I still haven’t gotten tired of hearing this song. 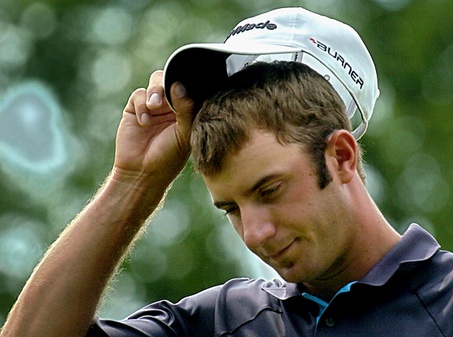 This post was inspired by Dustin Johnson’s disqualification at the PGA Championship and a parking ticket I got while at work, which by the way, I still have not paid.

Since I work nights, I didn’t get the chance to see too many concerts this year.  I did, however, get to see one very special performance.

Who the hell is Maverick Carter – October 6

LeBron James said and did some stupid things in 2010.  From publicly humiliating Cleveland to calling for NBA contraction to saying the backlash from his Decision was racially motivated, the man chosen to protect James from himself is not doing a very good job.  At the time, it didn’t much seem to me like Maverick Carter was carefully crafting LeBron’s image.  It still doesn’t. 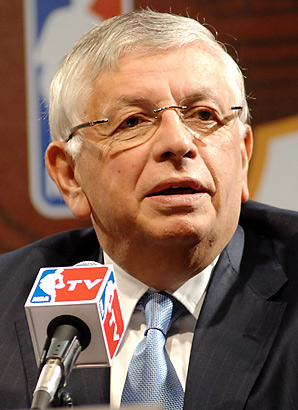 So you want to be Commissioner: A multiple choice test – October 14

This post was another personal favorite of mine.  In the aftermath of missed calls, skyrocketing ticket prices, drug scandals and potential work stoppages, I put together a multiple choice test to see if you, the fan, could do better than any of the four major commissioners.

This post tells the story of how I almost landed a job with the NBA.  Their loss.

Debunking the myth of the Tampa Bay Rays fan – November 3

Tampa Bay Rays fans came under a lot of criticism this year for their lack of attendance.  This post intended to defend the fans who loved their team, but did so from a distance.

It seems like I’m always writing about the University of Florida and change.  This time it’s for good.  It’s the perspective of one Florida fan coming to grips with a new era.

32 Replies to “Memorable moments of 2010: The SportsChump Year in Review”