It has been a brutal few weeks at work, so I apologize for the delay between posts… but one does have bills to pay.  Please don’t forget to enter our Super Bowl contest for fabulous prizes.

One avid reader recently suggested it was time for a new Chumpservations, so here goes.  Excuse me while I ramble….

If you’re a grown man, particularly one who’s been involved in sports all your life, and nobody has graced you with a nickname yet, there might be a problem.  Perhaps you were born nicknameless.

It’s okay.  Things could be worse.

Classic nicknames like ‘Sweetness’ or ‘Magic’ or ‘Prime Time’ are no accident.  They evolve from one’s character or perhaps a particular incident from childhood.  Good ones have staying power. 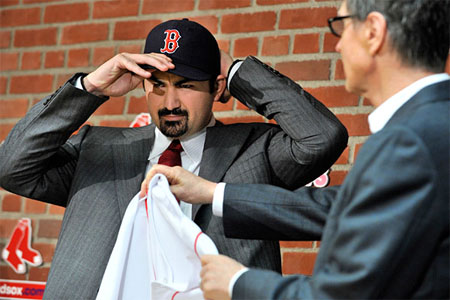 Years ago, people were calling for a nickname for Dwyane Wade, as if D-Wade just wasn’t good enough.  Former teammate Shaquille O’Neal came up with Flash, which personally I never saw as a fit.  Now it appears, Wade no longer likes Flash, as if nicknames are items we can buy and sell on a whim, when we all know the only man allowed more than one nickname is Apollo Creed.

The other day I got an email from NESN asking Red Sox fans to come up with a nickname for their new first baseman Adrian Gonzalez.  Why?  It’s not like we’re ever going to meet the guy.  Besides, he’s been in the league for seven years and grew up in playing ball in California.  If a nickname hasn’t caught on by now, one probably won’t.  Adrian, my friend, you are hereby declared nicknameless, although Gon-zilla is catchy.

Or how about this for a novel concept?  Maybe we should just all call him Adrian and move on.

When will we get to the point where we no longer overreact to the things athletes say?  At this rate, my guess is never.

Whether it’s via Twitter, a press conference, or some ill-conceived interview, athletes say the dumbest things.  Always have, always will.  But isn’t it a bit silly when one man’s Tweets become another man’s obsession? 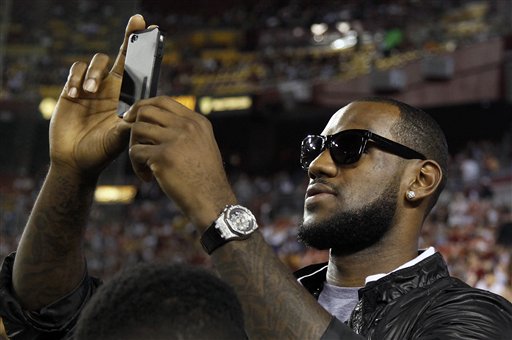 Take LeBron’s latest cell phone follies.  As we’ve discussed in the past, all LeBron did was make a career move.  Cleveland just stood in his way.  In the eyes of so many, he betrayed a city, if not a legacy.  He later proclaimed the resentment surrounding his exodus was racially motivated.  His return to Cleveland last month required extra arena security.  Most recently, while his former team was getting beaten by 56 points, LeBron once again thumbed his nose at Cavs owner Dan Gilbert by Tweeting “Karma is a b****”

The good (or bad) thing about this new dawn of social networking is that any time someone says or does something silly, inane or God forbid thought-provoking, it makes news instantly.  Their actions give us insight into their character and allow us to make our own judgment on whether they should be admired or abhorred.  It also makes for good blogging.

From now on, I promise not to lose any sleep over LeBron’s, Ochocinco’s or any other athlete’s textual intercourse, if you do so as well.

You’d think living so close to Walt Disney World, the Magic would have grown accustomed to hanging out around Haunted Mansions.  Apparently not.

On a recent trip to Oklahoma City, Orlando Magic players complained the Skirvin Hotel where they lodged for the night was haunted.  They lost that evening by a single point to Kevin Durant’s Thunder. 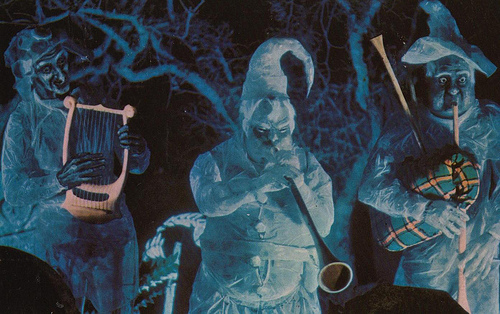 Magic power forward Brandon Bass said he was ‘scared’ the last time he stayed there but his coach, the always witty Stan Van Gundy told reporters “What haunts me are guys like Kevin Durant. I haven’t run into a haunted hotel, just haunted arenas.”

Can you imagine being seven-foot tall and afraid of anything?  I can picture it now.  Dwight Howard in his matching Under Armour sleeping cap and nightgown, pulling his covers up under his chin and shivering at each unfamiliar knock and creak.  Or perhaps the bumps they all heard in the night were the remnants of Gilbert Arenas’ career.

Get to bed, Fred 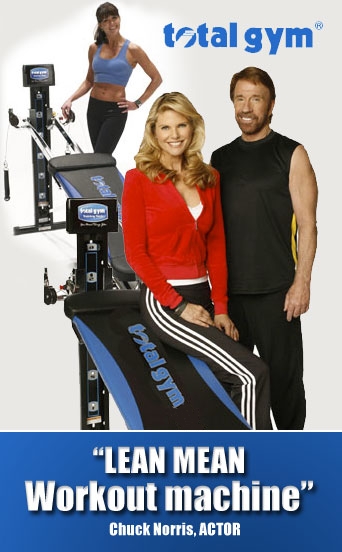 Insomniacs like me often lay in bed, tirelessly clicking the remote on to the next channel, eventually realizing there’s never really anything on TV at four in the morning anyway. What we do find is that every other infomercial is for some abdominal-shaping, vegetable-blending, fat-burning, muscle-toning device that promises to deliver a new, shapelier me for the low, low price of $99.95

Whether it’s Chuck Norris, Christie Brinkley, Wesley Snipes or some insanely chiseled gym rat, we insomniacs are held hostage to a barrage of endless messages telling us how to get in shape.  If we were already in shape, we wouldn’t be flipping through the channels at all hours of the night.

I haven’t done a sit-up in weeks.  I rely on my superior genetics to get by.  If only insomnia were good for your health.  I’d be tip-top.

Now if you’ll excuse me, I have to get to the gym.

24 Replies to “Chumpservations, Vol. 19: Haunted houses, abdominal crunches, indiscreet Tweets and the trials of the nicknameless”