The Tampa Bay Rays finished last season with the second best record in baseball.  They ended up losing to the Texas Rangers in the first round of the playoffs.  In a season which everyone thought might be their best chance to win a World Series, the Rays fell well short of their goal.

Despite their successful regular season, attendance suffered.  Ownership made no secret about its plans to slash payroll.  Fans and players alike knew the team that took the field in 2011 would have an entirely different look.  They just didn’t realize they would have that much more hair. 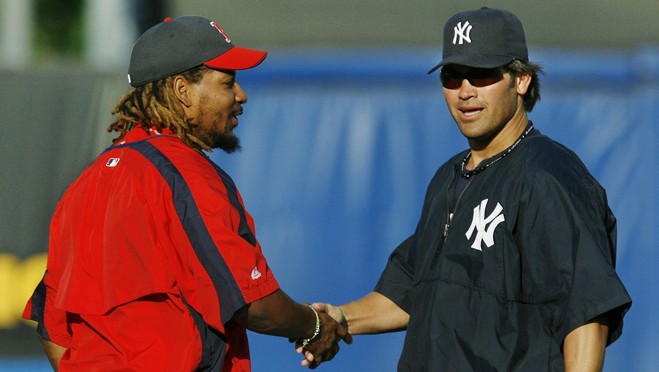 The acquisitions of Damon (37) and Ramirez (38) have already caused quite a stir in the bay area.  Tampa has gone from a city that feared the upcoming season to one that is now counting down the days for spring training.

Ramirez and Damon were two of the more charismatic characters, not to mention clutch hitters, on the first Red Sox team to win a World Series in eighty years.  While that was seven years ago, Rays ownership is banking on the fact that the potentially washed up, yet possibly explosive, bats can rekindle some of that Boston magic… and fill some seats in the process.

Attendance was an albatross for the Rays last season.  They finished 22nd in the league, drawing well under two millions fans.  Any way you slice it, turnstile dollars are still ownership’s bottom line, so much so that Damon has an attendance incentive in his contract. 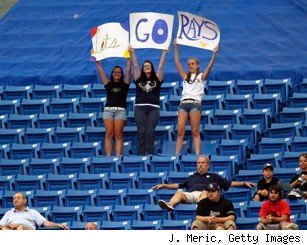 If anything, last year proved wins don’t translate into revenue.  Landing Damon and Ramirez is a no-lose situation for Tampa Bay.  They signed them both for just over seven million dollars, landing panache for pennies on the dollar, something this team sorely lacked last season.  That might not guarantee wins but it should provide a return on their investment.

In a division where the Yankees and Red Sox once again reloaded, the Rays landed two players who used to terrorize the American League East, albeit years ago.  Aside from filling seats, Ramirez and Damon should provide All-Star third baseman Evan Longoria with protection in a Rays lineup that has suffered from inconsistency.

The 2011 Rays will be a tough team to figure out.  It wouldn’t surprise me one bit if they only won sixty games.  It also wouldn’t surprise me if they won ninety.  Either way, ownership has already won half the battle.  They have the area abuzz about its baseball team.  They’re hoping that will translate into box office dollars.  Wins will just be the icing on the cake.