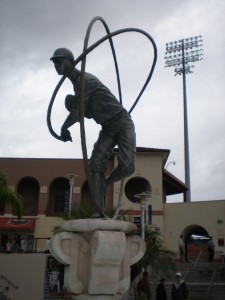 It was overcast on Thursday as J and I rolled into Brighthouse Field to watch the Yankees play the Phillies for as quality a spring training matchup a fan could get.  It was a perfect day for baseball, minus the impending rainclouds and the lingering hangover from too much Grand Marnier and karaoke the night before.

First pitch was scheduled for one o’clock and we couldn’t have timed our arrival better.  There’s just something about hearing the national anthem piped through the sound system as you approach the ballpark that screams America.

I hadn’t been to a spring training game in years, so it was all I could do to soak up the atmosphere, camera and notepad in hand.  Judging by the sellout crowd, Major League Baseball appears alive and well, particularly among Yankees and Phillies fans. Tickets to the game were only $12 and even though they were general admission, it was still worth it just to get in and walk the park.

We were in luck that day.  The pitching matchup was a battle between two former Cy Young Award winners Roy Halladay and C.C. Sabathia.

The stadium was packed with fans, new school and old, so much so that we even spotted a Richie Ashburn jersey and a Joe Dimaggio look-alike, complete with cardboard cutout of Marilyn Monroe.  Vacationing baseball fans had come from all over, eager to strike up a conversation about the upcoming season.  Kids, and their fathers, wandered around the capacity crowd, carrying their baseball gloves and sporting their favorite shoes, shirts and shorts, none of which matched. (“Honey, you’re not wearing that out, are you?)

The beer was cold, the dogs were hot and I was actually inches away from catching a foul ball.  I was scribbling down notes for this post when a ball careened down the third baseline and into the hands of the guy to my immediate right.  I didn’t think climbing over him and his date to grab it would have been appropriate.

The Sabathia-Halladay matchup lived up to the billing.  It took three beers, a burger and a bag of peanuts before Halladay gave up his first hit.  Sabathia was nearly as untouchable, allowing only three hits in five innings.  The flood gates opened in the sixth, once both starters were gone.  The Phillies jumped all over the Yankee bullpen, highlighted by a John Mayberry, Jr. two run home run.

In the end, the Phillies beat the Yanks by a touchdown, but that wasn’t the point of the day, which was to take some pictures and enjoy some of the best sights springtime in Florida has to offer.

Both these teams should be around in late October.  It was a pleasure to see them duke it out in early March. 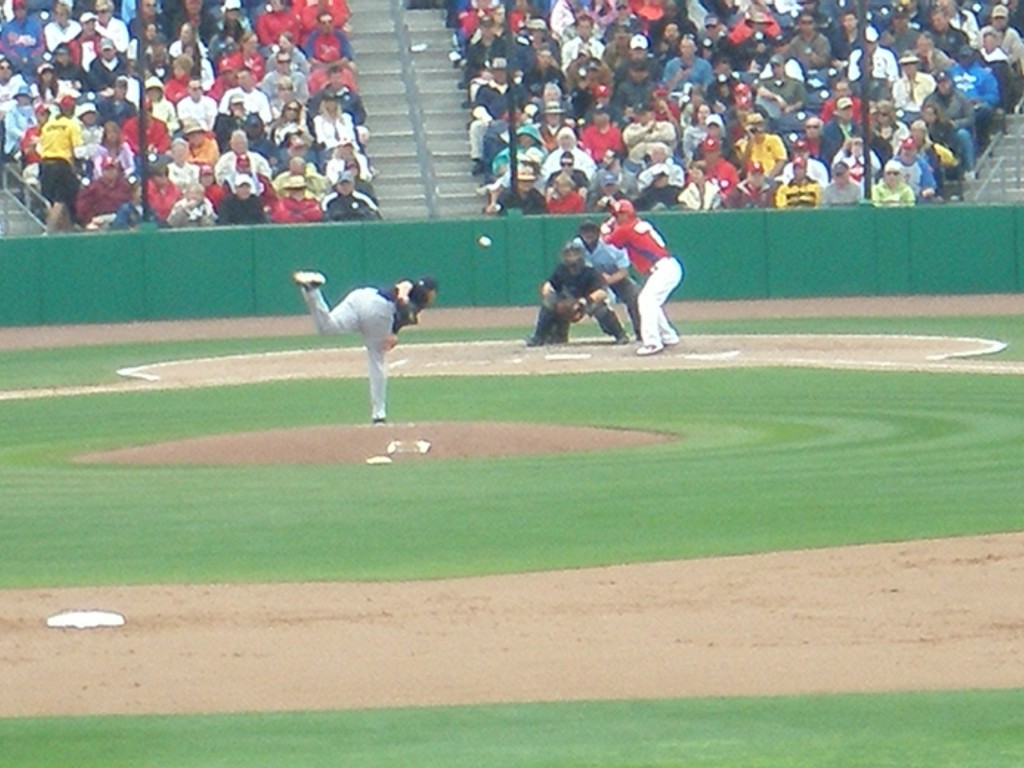 The view from centerfield 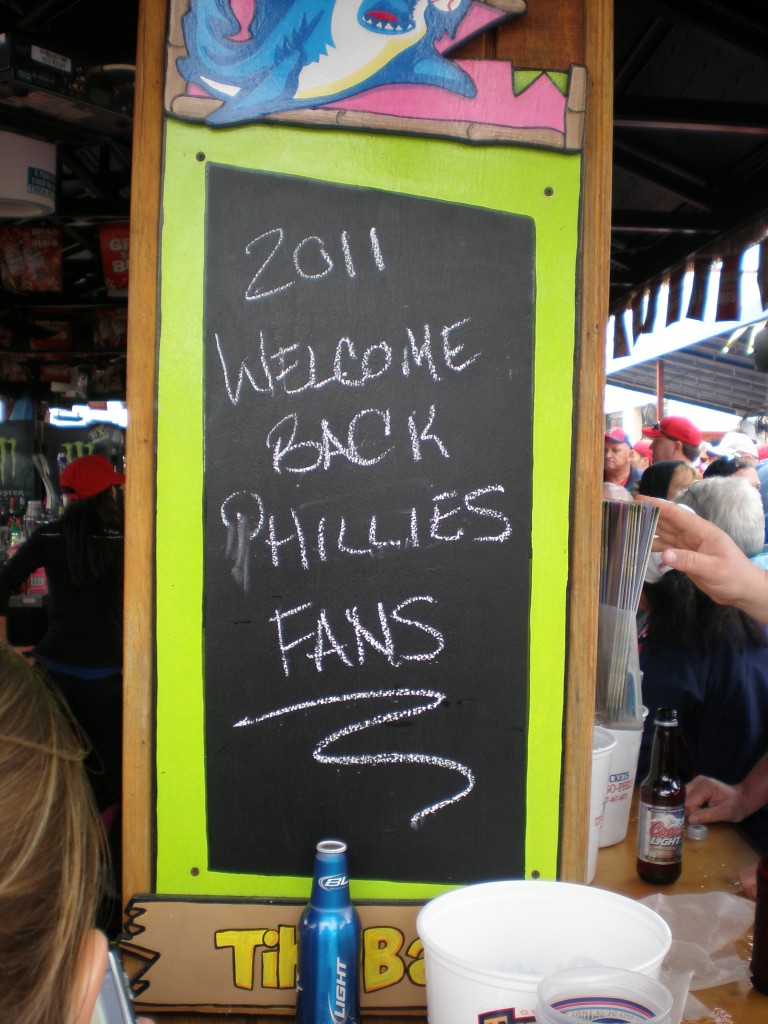 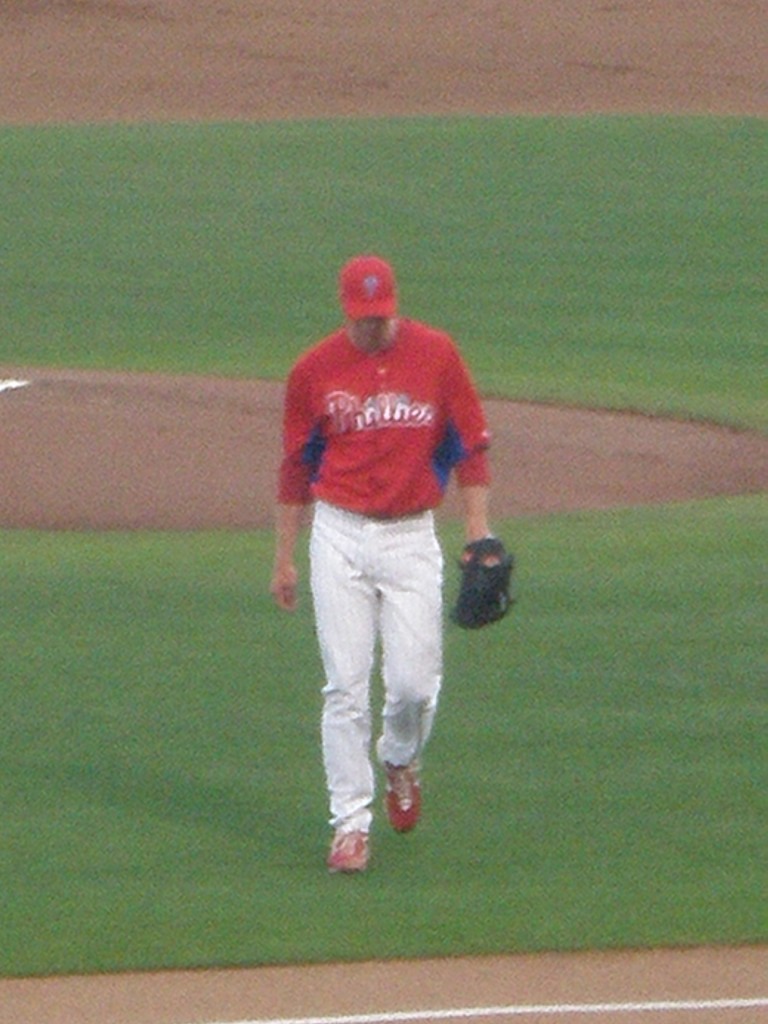 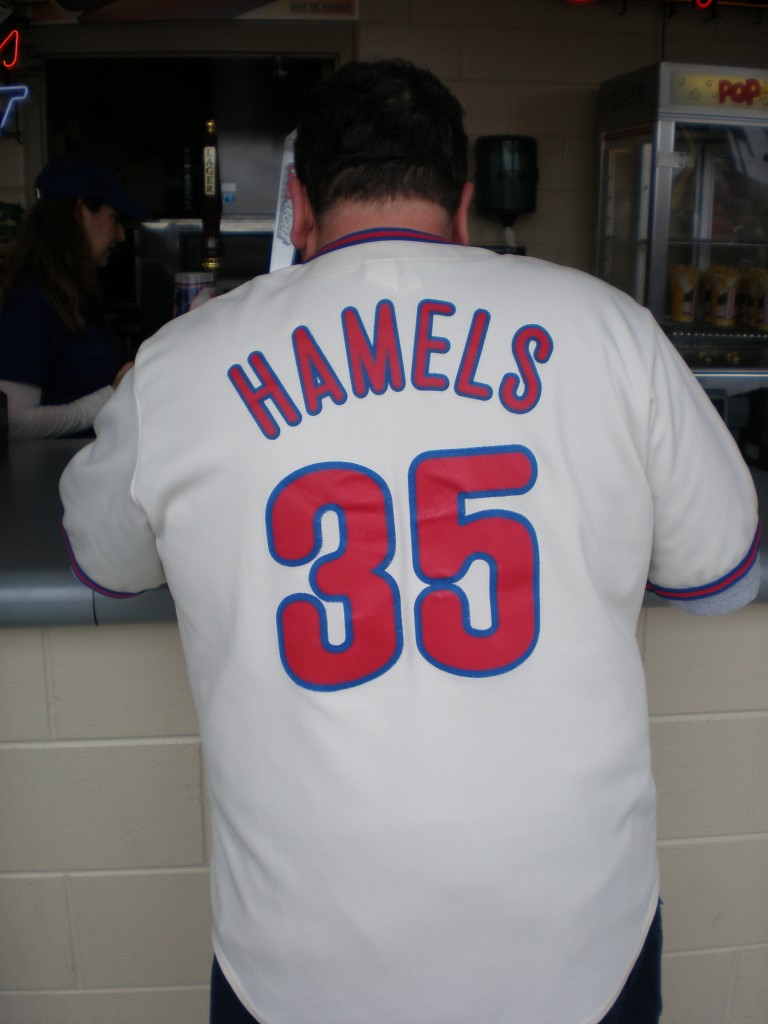 Phillies fans not exactly known for their slender physiques… 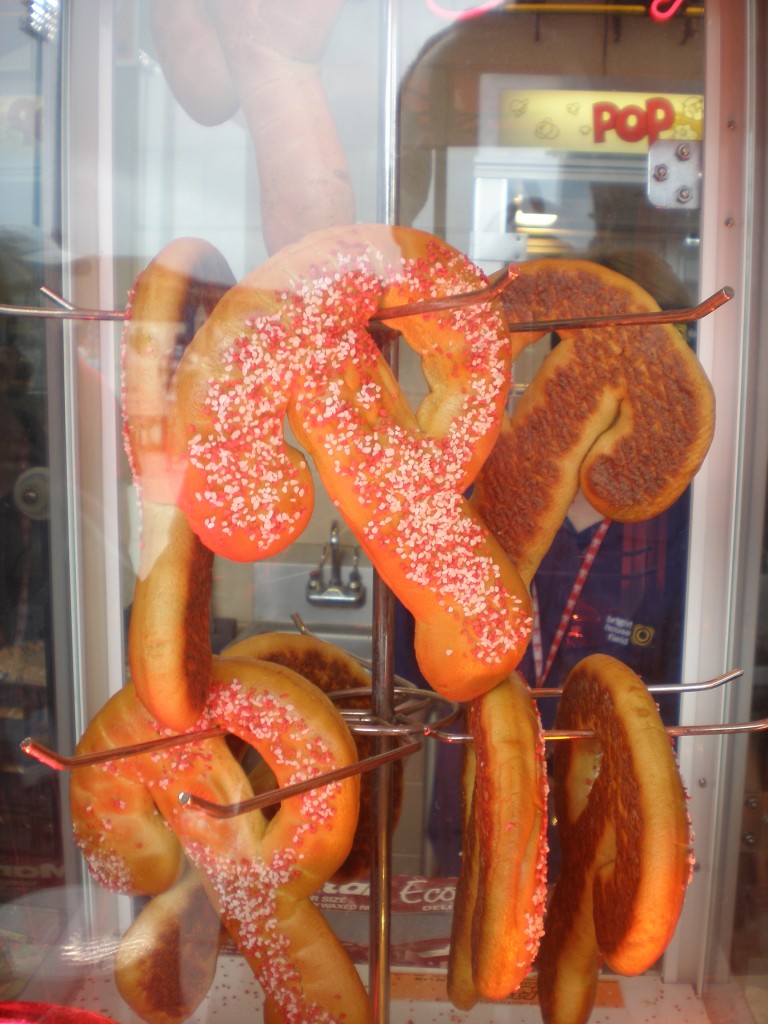 …probably because they eat a lot of these 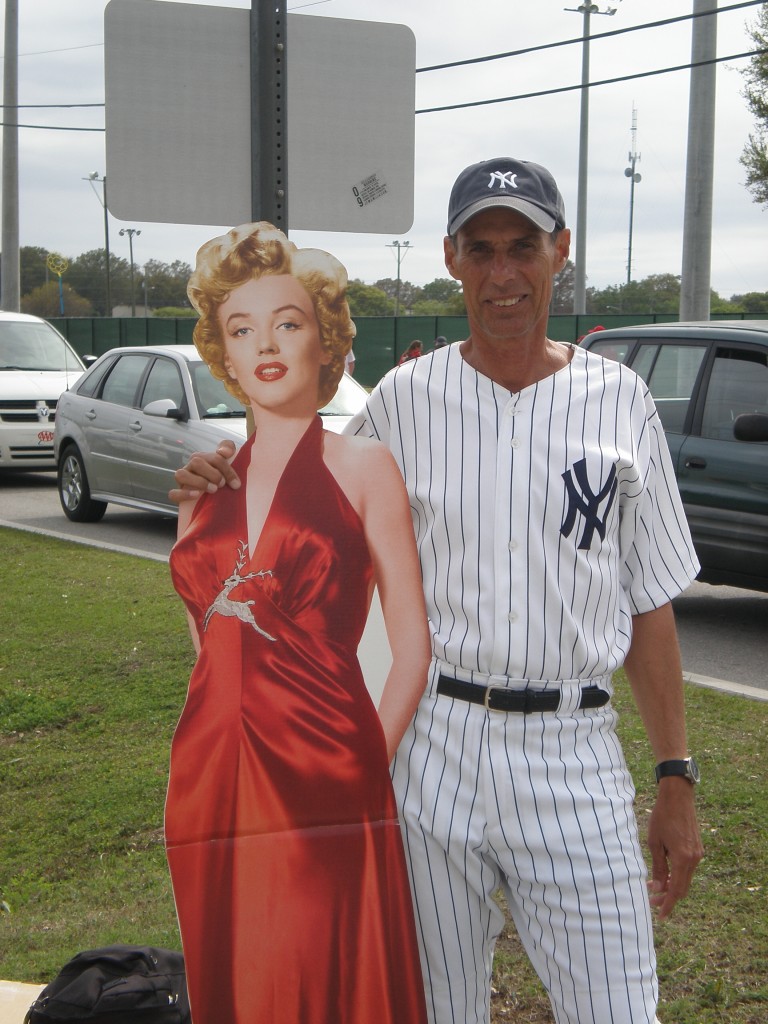 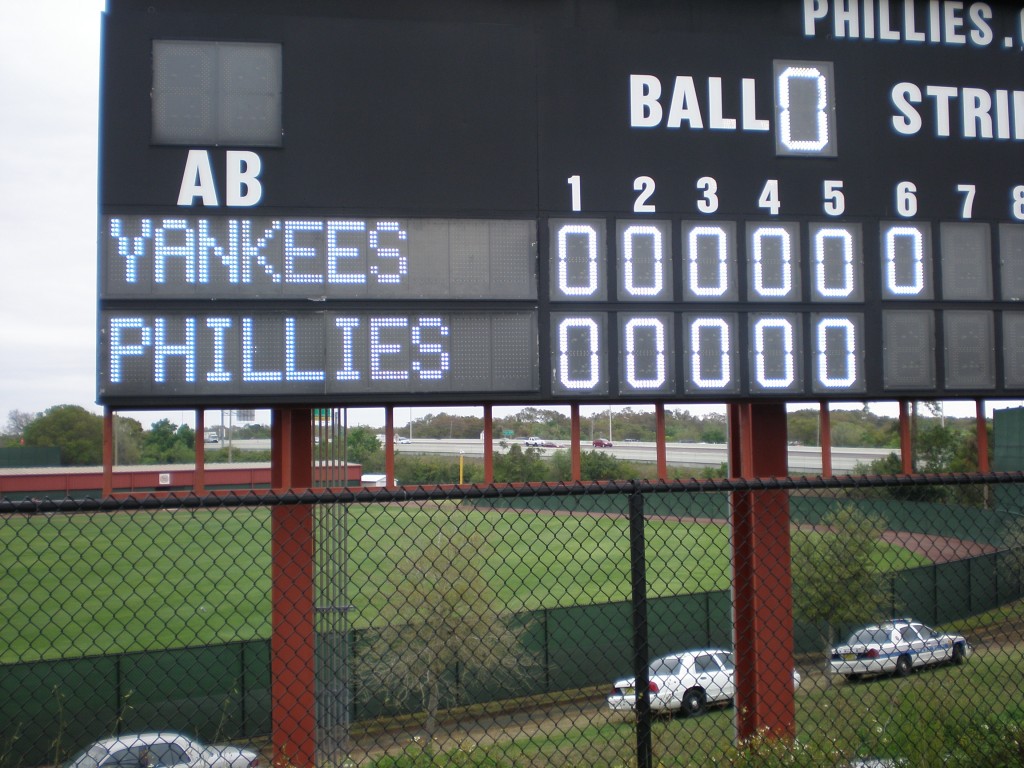 Scoreless after five and a half 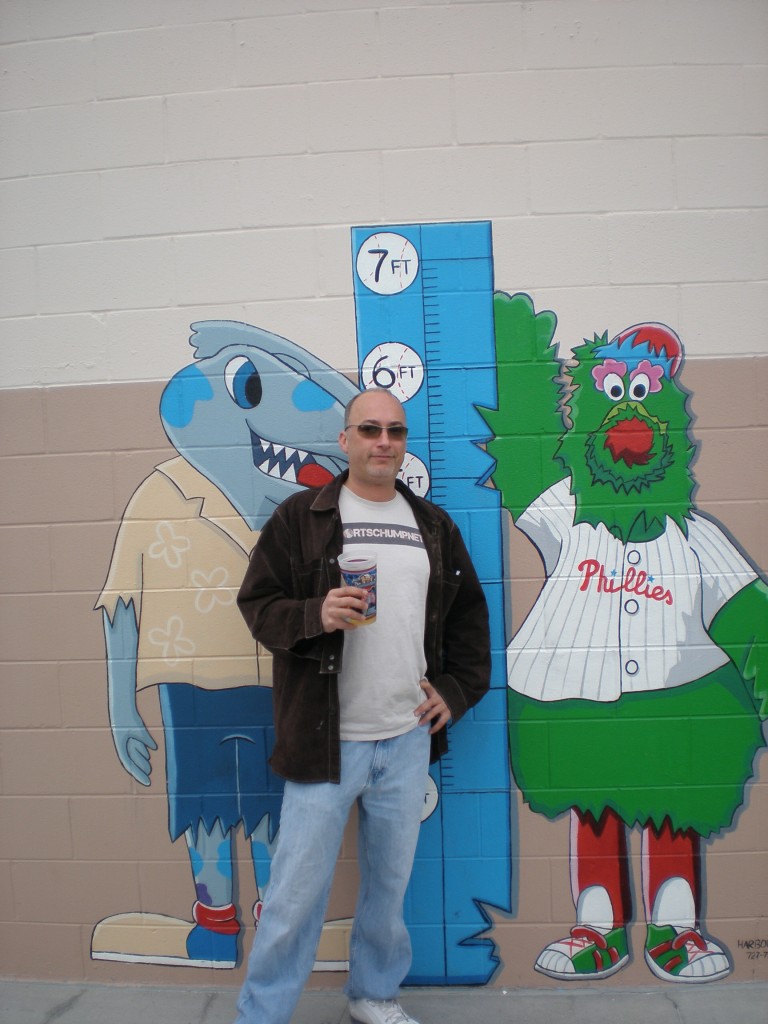 How the SportsChump measures up 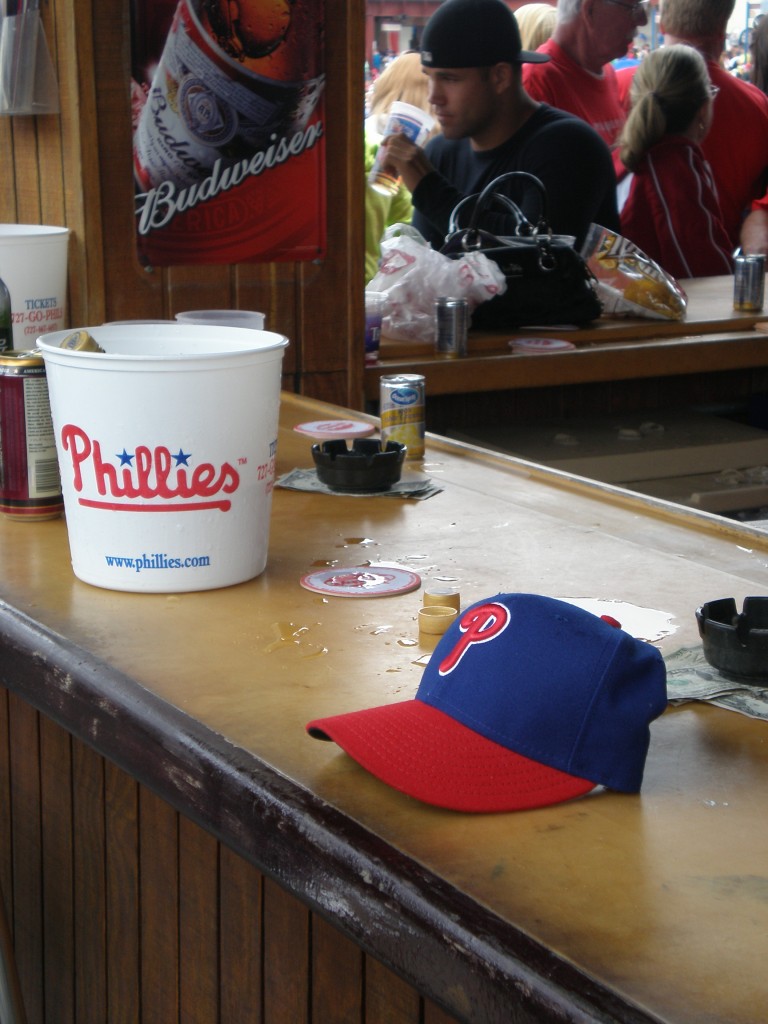 Round Two at the bar 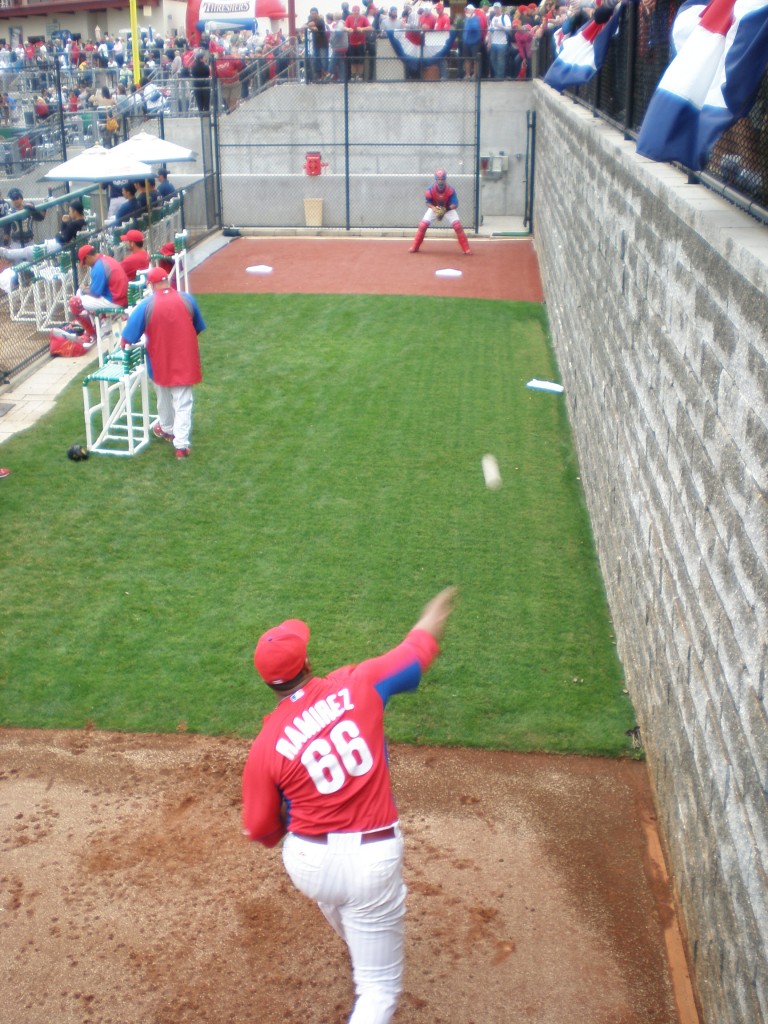 JC Ramirez warms up in the Phillies bullpen 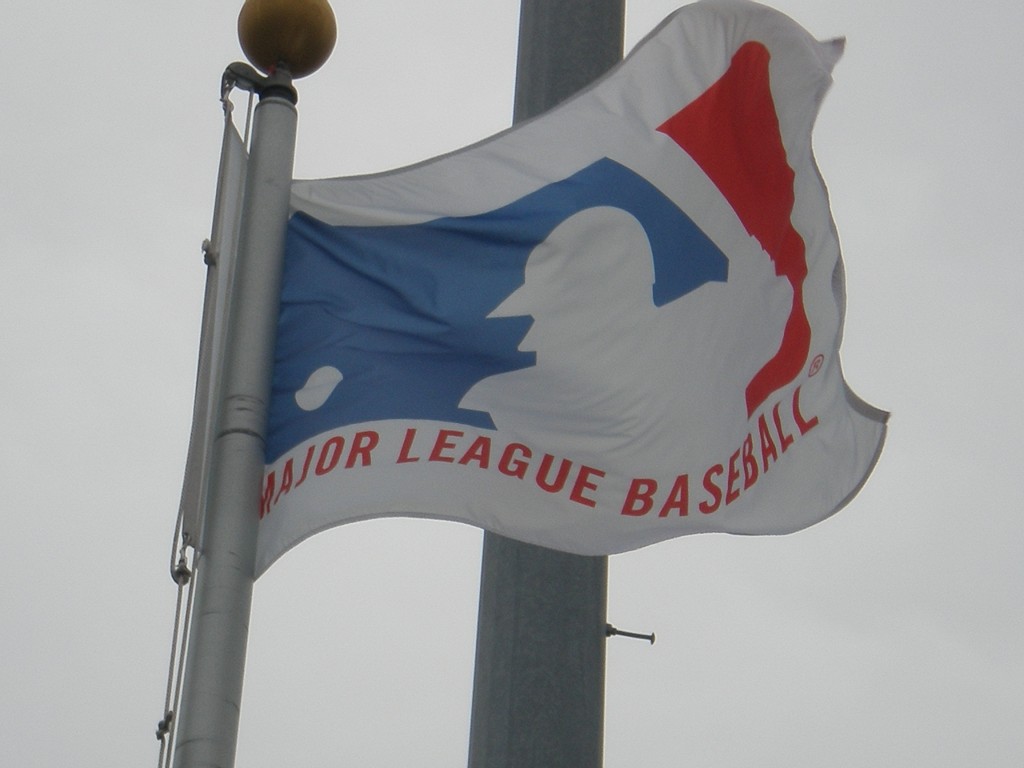 Another banner day at the ballpark