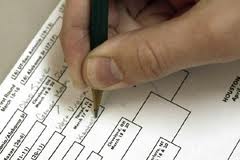 Have many times last week did you mutter to a friend something like “This tournament is wide open” or “Anyone can take it this year” while mistakenly littering your brackets with ill-advised upsets?

While picking the eventual champion out of the sixteen teams remaining still requires a crystal ball and a little luck, a closer look at the field shows us that college basketball might not boast the parity we once thought.  Although there have been some close games so far, college basketball is still quite top-heavy.

Let’s look at some of our finalists…

Florida: The Gators won back-to-back championships only a few years ago.  We knew it was only a matter of time before they returned to prominence.  How could you not have picked them to advance?

North Carolina: In addition to winning titles in 2005 & 2009, UNC has more Sweet 16 appearances than any other school in history.  Season after season, they reload with the nation’s best young talent.  You’d be a fool not to have picked them.

Kentucky: Although UK hasn’t won a title since 1998, they are still college basketball’s winningest program and a regular in the Sweet 16.  I would assume most people picked them.

Butler: Last year’s runner-up.  How could we not have picked them?  It’s not like Gordon Heyward is LeBron James. 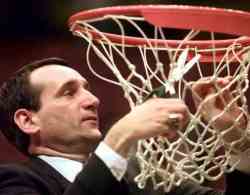 Duke: This program’s success speaks for itself.  Not only are the Blue Devils the defending champions, they’ve won four titles in the last twenty years.  If you didn’t pick them to advance, you don’t watch much college basketball.

Arizona: Despite Lute Olson’s retirement, Arizona has now reached the Sweet 16 six times in the last 11 seasons.  I’ll ask again, how could you not have picked them?

Richmond: The Spiders are the only school in history to reach the Sweet 16 as a 12, 13, 14 and 15-seed.  Perhaps it’s time to stop making them an underdog.  How could you not have picked them?

Ohio State: Despite not having won a championship in half a century, the Buckeyes were the 2007 runner-up, made the Final Four in 1999 and were ranked number one for most of this season. Most people picked them… to win it all.

Kansas: The Jayhawks won it all in 2008 and made it to the championship game in 2003.  How could you not have picked them?  I’m assuming you did.

In hindsight, it all seems so simple now, considering the last seven national champions reside comfortably in this year’s Sweet 16.  Of course these teams advanced.  That’s what they do.

Of course, the presence of Florida State, Marquette and Virginia Commonwealth puts a gaping hole in my entire argument.  Or does it?

While most of us would like to consider college basketball egalitarian with its inclusion of 64 (now 68) teams playing until the final buzzer sounds, keep in mind no team outside a major conference has won a national championship in over thirty years. 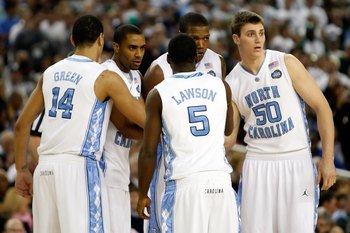 Cinderella is a lovely metaphor but she only goes so far.  Dare I say, college basketball is becoming dangerously close to Major League Baseball.  The rich get richer while the poor tread water and consider getting this far a major accomplishment.

Of course these college basketball powerhouses can’t (legally) buy talent like professional sports teams.  They must outwork all others to recruit the best players in the nation and mold them into champions, but they already have a leg up on the competition.  If you were the top high school athlete in the nation, why WOULDN’T you sign on the dotted line when Duke, Kentucky, Kansas or UNC come knocking at your door?

As we can see from this field of 16, basketball’s elite is doing just fine, so the next time we arbitrarily claim that winning the tournament is anybody’s ball game, we should take a closer look.  Despite the buzzer-beaters and near defeats, in the end Cinderella doesn’t get to dance as often as we might think.

36 Replies to “March Madness hindsight: How could I have been so blind?”