With all this talk about Barry Bonds and Roger Clemens cheating the game, we have lost sight of the man that made cheating fashionable… although after looking at the picture below, “fashionable” is probably a poor choice of words.  Seen here at opening day in Cincinnati, Pete Rose pulled this gem out of his closet.

You may want to shield your eyes.

What exactly is going on here?  Is Rose channeling his inner Arsenio?  Is this an attempt to bring back the 80s?  And what’s he doing at a baseball game anyway?  I thought he wasn’t allowed to step foot inside a Major League ballpark.  Have they lifted his ban?  And if so, why didn’t they re-institute that ban once they saw what he was wearing?

This photo was too good to pass up, people.

The winner of this week’s caption contest will receive free fashion tips from yours truly…. as in, don’t ever wear a jacket like Pete’s. 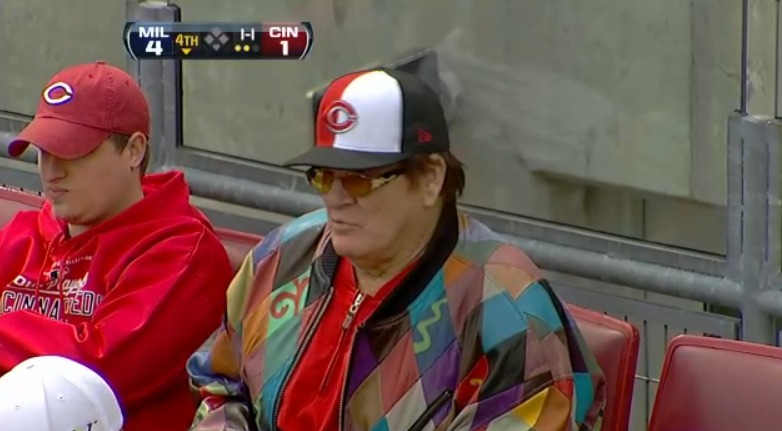 34 Replies to “Pete Rose gambles… on a fashion statement”