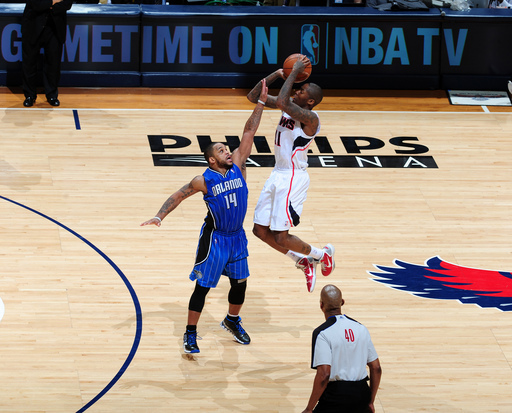 This post has been four months in the making, the ultimate I told you so.

As most of you know, SportsChump doesn’t make many predictions.  If I’m confident enough about the outcome of a sporting event, I’ll just go ahead and put money on it, which is exactly what I did in the Orlando-Atlanta series.

When I first saw my service* list the Hawks as 5 to 1 underdogs, I immediately wondered how Las Vegas could make Orlando such heavy favorites.  I wasn’t even convinced Orlando was the better team, never mind five times better.

*For the record, SportsChump only condones gambling through one of our various sponsors

I recalled how displeased I was with Orlando’s mid-season trade, essentially dealing Vince Carter, Rashard Lewis and Martin Gortat for Jason Richardson, Gilbert Arenas and Hedo Turkoglu.  In my mind, you don’t vanquish three proven commodities for three unproven commodities, and you certainly don’t do so in the middle of a championship run.

With Richardson and Arenas virtually non-existent, the trade left Orlando with no balanced offense.  They became way too reliant on Dwight Howard and Jameer Nelson, while Atlanta’s scoring could come from multiple sources. 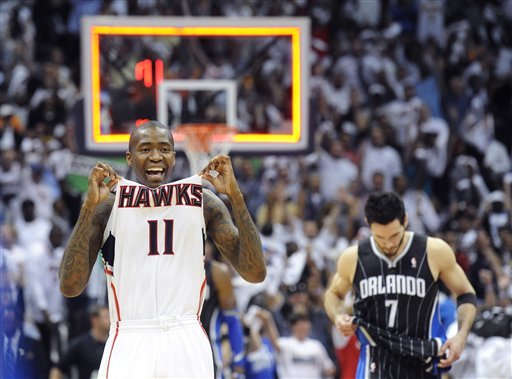 Don’t believe me?  Excluding Game Five which the Hawks mailed in, the Magic had players score in double digits 15 times: Dwight five times, Jameer four, Hedo and Brandon Bass twice and Richardon and Arenas only once.  On the contrary, the Hawks had players score in double digits 22 times: Al Horford, Joe Johnson and Jamal Crawford five times, Josh Smith and Kirk Hinrich three times and Marvin Williams once.

In essence, after Dwight Howard, the second, third, fourth and fifth best players in this series all wore Hawks uniforms.

Say what you will about Vince Carter and Rashard Lewis, at least you had to guard them.  Carter only played around 100 games in a Magic uniform.  At the end of last season, he was actually playing some of the best basketball of his career, shooting well over 50% from the floor.  In his only post-season with the Magic, he averaged 16 points per game.  His replacement, Jason Richardson, averaged ten.

Rashard Lewis was the most coveted free agent of the 2007 summer.  People forget the big shots he hit while taking Orlando to the Finals only two years ago.  In his first two playoff campaigns with the Magic, he averaged 19 points per game.  Combined Turkoglu and Arenas didn’t average that many.

Martin Gortat provided well-needed rebounding and rest minutes for Dwight Howard.  There were times I even uttered the words “You know, you really don’t lose much when Gortat’s in for Dwight.”  Earl Clark, a power forward the Magic acquired in the trade played six minutes the entire series.

Orlando wanted to shed its label of being a three-point shooting team, but did so BY ADDING THREE-POINT SHOOTERS!  Otis Smith, meet common sense.

I asked this question before and I’ll ask it again.  Why did someone not veto this trade?  I’m not saying that keeping Carter, Lewis and Gortat would have guaranteed a championship.  I am saying this was at best a lateral move on paper which proved to be far worse in reality. 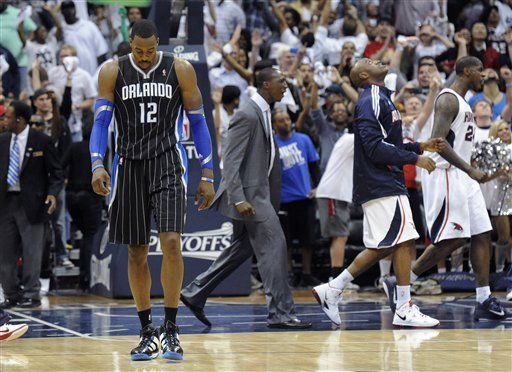 The Magic panicked.  Unlike SportsChump, they gambled… and lost.

Friends berated me for selling my soul and betting against my favorite team but the last time I checked, Rich DeVos is not paying me to be a fan.

Either way, Orlando has now taken three giant steps backward for Magic-kind, from the Finals in 2009, to losing in the Eastern Conference Semis in 2010 to losing in the first round in 2011.  Fingers are understandably being pointed in every direction with Dwight’s impending free agency making every Magic fan nervous.

Orlando already suffered the loss of one big man.  They can ill afford to lose another.  But if they continue to make personnel moves like the one they made this mid-season, Dwight’s decision to leave Orlando will be that much easier.

34 Replies to “Final thoughts on Magic-Hawks: Orlando’s regression, Dwight’s plight and how Las Vegas got it wrong”