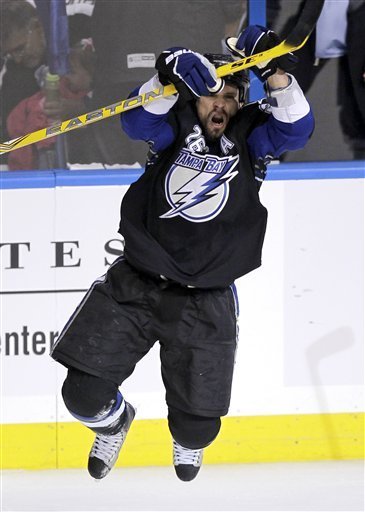 For months, I’ve been meaning to write a post entitled “Turn me on to hockey.”  It would serve as a plea to NHL fans everywhere to get me to watch their sport.

The document sat untouched in my pending articles folder while my web-dwelling, hockey-loving colleagues routinely ripped me a new one for running a sports website and never discussing the National Hockey League.

But it’s really not my fault.

You see, I was raised in a baseball family.  There was no hockey.  Ever.  Even though I grew up a short subway ride from Madison Square Garden, I rarely attended a Rangers game.  My mother, my father, my uncles, my grandmother.  None of us watched hockey.

Later in life, as I matured (loosely speaking), I began following college and pro football and basketball but still, the NHL never whet my appetite.  I’d mix in golf, tennis, boxing, poker, heck, even soccer but I’d opt for a cooking show before tuning into see a regular season hockey game.

My theory is that hockey is a sport I never played, therefore I never understood.  I played shortstop as a kid so I understand how to properly direct a cut-off man.  I played basketball so I understand the screen and roll.  But icing?  Offsides?  Slashing?  These concepts are foreign to me.  As is the ability to ice skate backwards.  It’s not that I didn’t appreciate the talent it takes to play the game.  I’ve just never been too keen on being punched in the face and there appears to be a fair amount of that going on. 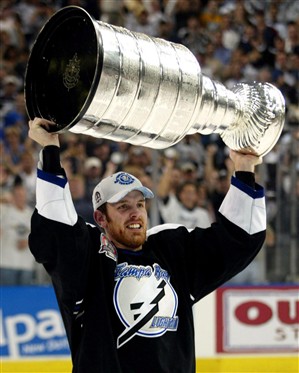 Back in 2004 when the Lightning made their Stanley Cup run, I went to Games One, Five and Seven but was always more interested in the open bar and complimentary oysters on the half shell the St Pete Times Forum’s XO Club had to offer.  Hey, I have my priorities.

The Lightning won it all that year and with the Buccaneers winning the Super Bowl one year earlier, it was an exciting time in the bay area.  But rough patches lay ahead.  The Lightning failed to follow their 2003-4 campaign with any sustained success.  If they had, perhaps I’d have become more of a hockey fan earlier.

In 2008, they hired Barry Melrose to coach the team in a move that seemed more like a publicity stunt than anything else.  His tenure in Tampa lasted sixteen games.  The Bolts were flirting with becoming the laughing stock of the league.

Then came the summer of 2010.  They appointed Steve Yzerman as their general manager and Guy Boucher their head coach shortly thereafter.  With the Melrose experiment in their rear view mirror, the Lightning were back on track.  They stumbled through the end of the regular season but still made the playoffs as a five seed.

In the first round, down three games to one to the Sidney Crosby-less Penguins, the Lightning caught fire, outscoring Pittsburgh 13-4 and sending the Penguins packing. 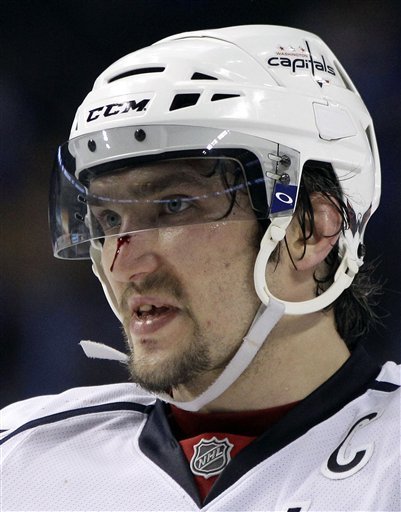 I started to watch.

Then the Lightning went to Washington to play Alexander Ovechkin, who I hear is a pretty good hockey player.  They took the first two games IN WASHINGTON, then came back to Tampa to complete the sweep.  A seven-game winning streak.

I used to complain about hockey, saying there wasn’t enough scoring, the typical American response.  Now I’ve learned the importance of valuing every goal.  Hockey is about breaking an opponent’s will.  And that’s what the Lightning have been doing.  The Boston Bruins are next on their hit list with another trip to the Stanley Cup Finals at stake.

So what’s not to like?  They have star power in Martin St. Louis, Vinny Lecavalier and Steven Stamkos as well as the hottest goalie in these current playoffs who’s 41 years old and has as much gray in his goatee as I do.

In this day and age of owners threatening to leave town and take their teams with them if fans don’t play nice, the Lightning are a perfect example of how a sports organization should be run.  For that reason and many others, I’m watching.  And so is all of Tampa Bay.

42 thoughts on “Am I becoming a hockey fan? Lightning strikes!”