Without getting overly vulgar on this family-oriented website, I believe we all know what STFU stands for.  If not, I’ll pause a second while you look it up.

( theme from Jeopardy plays softly in the background) 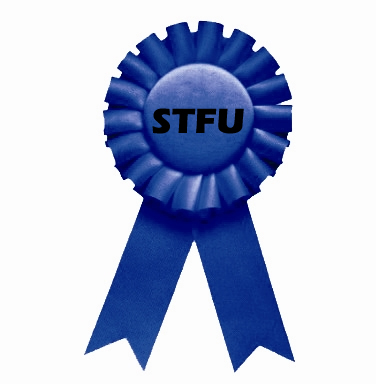 Okay, now that we’ve got that out of the way, let’s move on.

Far too often, we encounter sports figures we wish would just shut up, do their jobs, earn their millions and stop friggin’ whining for having jobs we’d all kill for.

It never ceases to amaze when some of these athletes say the things they say.  So from here on out, I will denounce them with the sacred STFU Badge of Dishonor.

This should be fun, so please join me in celebrating when athletes say the darnedest things.

There was a time when I would defend Donovan McNabb to the nines.  He’s had a bum rap ever since the 1999 NFL Draft where his selection at the two-spot garnered relentless boos from the Eagles fans in attendance (Like they’ve ever applauded anything).  Ever since then, McNabb has had a love-hate relationship with the City of Brotherly Battery-Tossers.

After eleven seasons in Philly, McNabb was traded to the Washington Redskins where he was benched last season for Rex Grossman, a move which caused quite a stir.

Now McNabb is at it again, verbally jousting with coach Mike Shanahan regarding his starting position.  McNabb griped “They’ll make their decision and whatever decision it is, I’ll keep on moving. … It really doesn’t matter to me. If I’m here, or if I’m elsewhere, I’ll be fine.  Maybe I’ll play for the Nationals.”

Oh come on, Donovan, really?  You are getting harder and harder to defend, brother.  STFU, do your job, train your tail off in the off-season and do us the favor of staying away from any stray microphones.  Prove to the few fans you have left that you are the quarterback you once were and that Rex Grossman is also.  The last thing any of us want at this point is to hear you gripe about your starting gig when there might not even be an NFL season!

All signs points to McNabb being traded yet again when the lockout is lifted.  Either way, it’ll be a while before McNabb and Shanahan kiss and make up.

The Hall of Famer formerly known as Lew Alcindor is the NBA’s most prolific scorer.  He’s a six-time MVP, a 19-time All-Star and a six-time champion, with five of those titles coming with the Los Angeles Lakers.

Now he’s struggling to get a little love in return.

Outside the Staples Center stand five statues.  Magic Johnson’s, Jerry West’s, Chick Hearn’s, Wayne Gretzky’s, and Oscar De La Hoya’s.  We are all familiar with Magic’s contributions to the Lakers.  Jerry West is the NBA logo, their former star player and GM.  Chick Hearn did play-by-play for the Lakers for over forty years.  Gretzky played for the Los Angeles Kings and is the greatest hockey player to ever put on ice skates.  And Oscar De La Hoya?  Well, he was a pretty decent fighter who I guess fought a lot at the Staples Center. 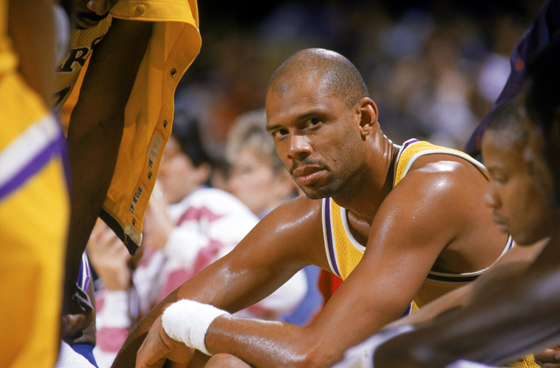 Abdul-Jabbar, on the other hand, remains statue-less and boy, is he unhappy about it.  The former Lakers captain recently said “I am highly offended by the total lack of acknowledgement of my contribution to Laker success. I guess being the lynchpin for five world championships is not considered significant enough in terms of being part of Laker history.”

Look, there’s no denying Kareem deserves a sculpture alongside the rest of those honored but his methods these days are questionable, if not pouty.

Your statue will come when it comes, Cap.  To complain you’re not receiving fair treatment lessens the gesture when it’s finally built and trust me, it will be.  Remaining silent (too late) as the days go by, with no statue in your honor outside Staples Center (where you never even played a basketball game), will only make the Lakers organization look more ungrateful.  Running off at the mouth about how you feel disrespected makes them look justified.