What better way to follow up watching motorcycles flying through the air on a steamy Florida afternoon than to visit the Suncoast Gun Show only thirty miles to the south.  I figured hunting’s a sport, right?  Besides, didn’t Ray Lewis recently warn us that, in the absence of an NFL season, we might see a dramatic increase in our national crime rate.  What better way to protect myself from job-seeking, Buccaneer linemen than to pick up a semi-automatic weapon from my local fairgrounds.

I’ve never owned a gun, nor do I have any plans to.  I’m actually quite opposed to gun use altogether but I respect the Constitution’s Second Amendment allowing us the right to bear arms so I’ll just leave it at that.  Feel free to debate amongst yourselves. 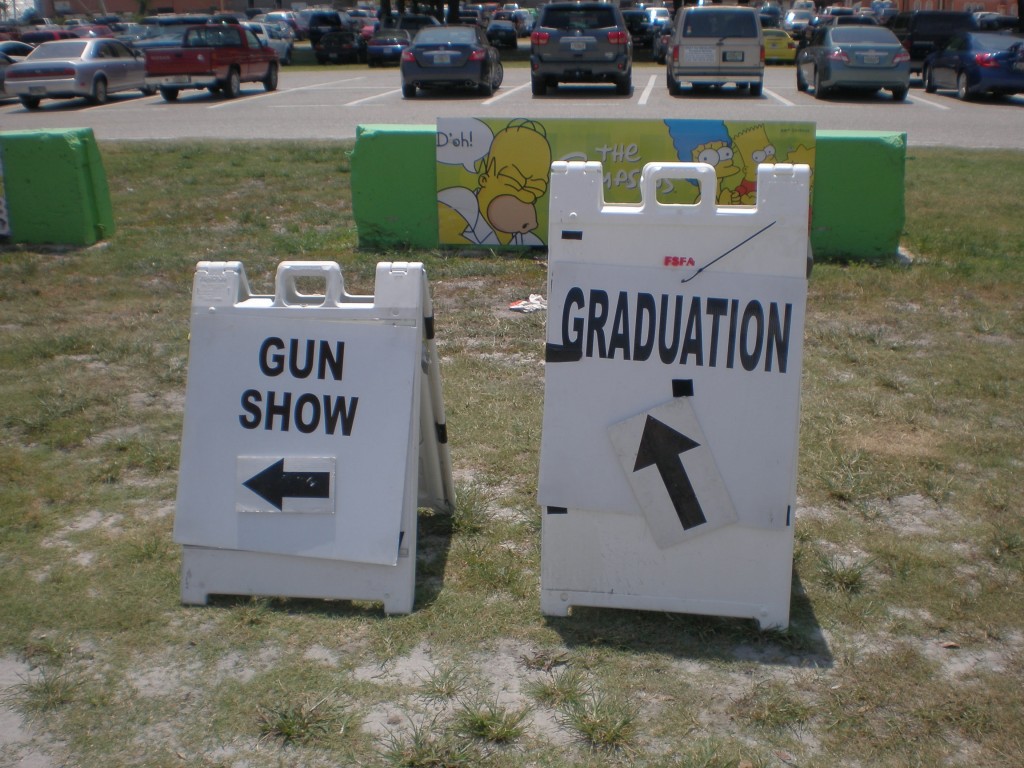 The gun show was just as you’d expect, except for the fact that it took place right next door to a high school graduation!  Only in Florida.  Beer bellies, mullets, camouflage baseball caps and an abnormally high sideburn per capita ratio accompanied customers and vendors reminiscing about the good ol’ times when “we used to have control of this country.”  There were enough people lined up at the NRA sign-up booth to make Charlton Heston proud.  Perhaps they heard that same Ray Lewis interview.

I know absolutely nothing about guns but there were small ones, big ones, vintages ones, semi-automatic ones, Dirty Harry ones, knives, brass knuckles, personalized Tasers, mace, bullets and slingshots.  Fifty ways to leave your lover.  It was a far cry from the baseball card and automobile shows I attended as a kid. 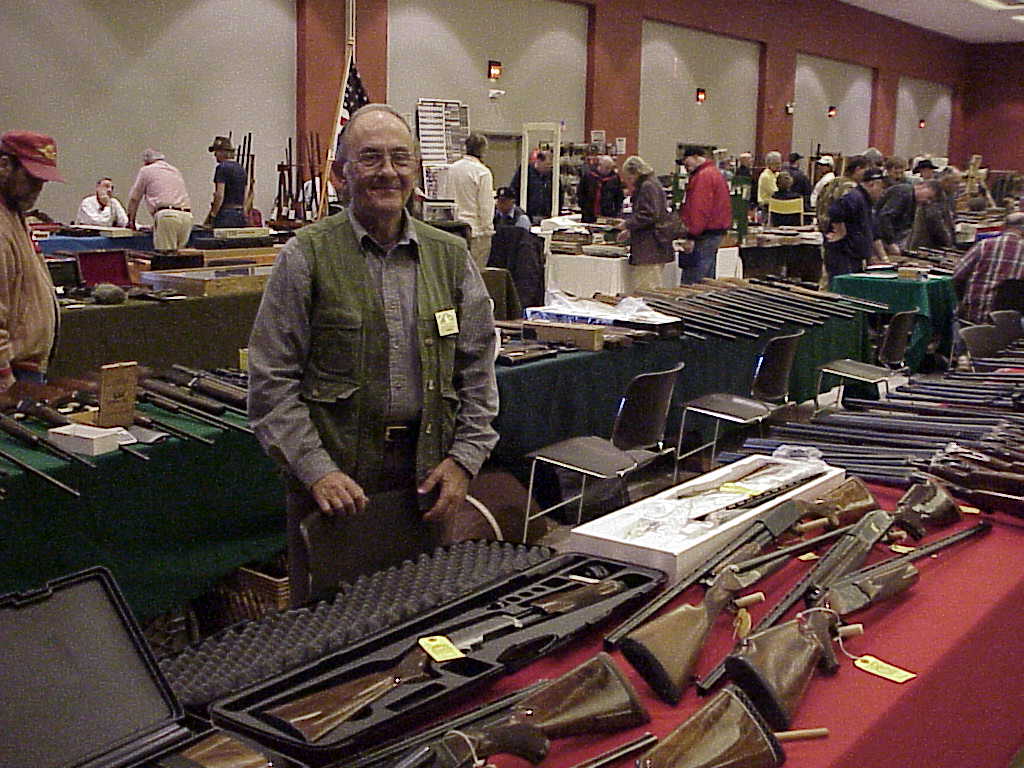 I mentioned to one of the show employees that I run a sports website and asked if they minded sharing some information, specifically how much money they estimated was transacted over the weekend and how many people passed through the turnstiles.  The gentleman politely declined, mentioning that was not information they were willing to share.  They also allowed no cameras inside the building.  Awfully secretive considering we need a license to purchase firearms in this country, don’t we?  Paging Plaxico Burress!

From my estimation, there were considerably more people at the gun show than at the race track and considering most of the guns on display were pretty darned expensive, I’d venture to guess vendors took in a pretty penny.

Now please let me know when I can get back to talking basketball.