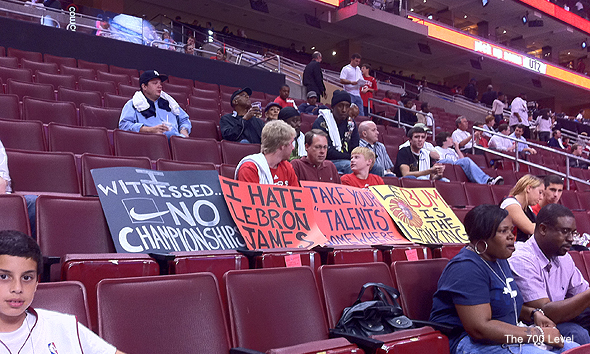 I had an interesting conversation with a reader the other day.

He asked me if I could believe all the hatred that had developed for LeBron James since last summer.  After all, my friend argued, all James did was make a career move and was now being crucified by everyone outside of Dade County.

As a result, these 2011 NBA Finals morphed into a battle of good versus evil, with a German, ironically, playing the role of the good guy this time around.

Heck, prior to the NBA Finals, even I wrote that I found myself rooting for the Dallas Mavericks for reasons I couldn’t explain.  I tried to make sense of it all.  I’d always liked LeBron, as well as Dwyane Wade and Chris Bosh, and I’ve never rooted for the Mavs.  So why all of a sudden was I pulling for Dallas? 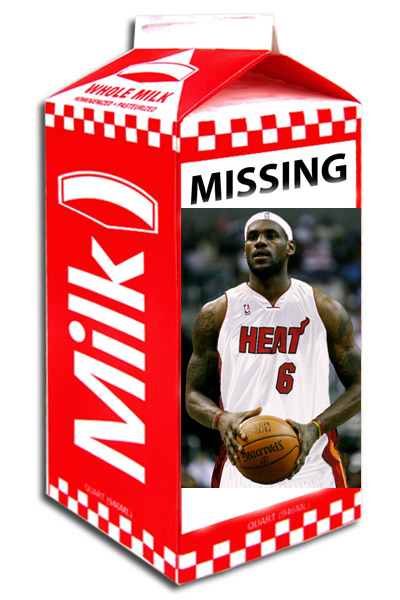 LeBron’s lackluster performance(s) in these Finals further fueled the criticism.  In the past few weeks, he’s been called soft, disengaged, uninvolved, overrated, a sell-out, a front-runner, invisible, a no-show, overplayed, under-committed, childish, passive, petty, a shrinking violet, Robin to Wade’s Batman, A-Rod to Wade’s Jeter and lacking the killer instinct to be a true NBA great.  One thing he won’t be called any time soon, however, is NBA champion.

After the Heat blew through in the Eastern Conference Semi-Finals, I hosted a poll asking whether Miami would win this year’s championship.  Most thought Miami wouldn’t, which tells me either my readers know their basketball or the resentment for LeBron had even spread to the friendly confines of the SportsChump.  Even in Central Florida, a four-hour drive from where LeBron now plays ball, it was commonplace to hear fans rooting against him.

So where is all this vitriol coming from and is it justified?

Maybe it’s because we thought LeBron and Co. took the easy way out, as if winning a championship is ever easy.  Obviously not since it took Jason Kidd seventeen years to do so.  Maybe we didn’t like the way LeBron left Cleveland, as if any of us outside that city were personally affected. 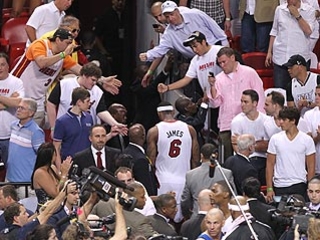 With the amount of money flying around professional sports these days, and allegiances meaning so little, we shouldn’t be surprised when athletes look for greener pastures.  We’ve all jumped at opportunities to further our careers, just without Jim Gray in the room.

LeBron has been vilified for making what he thought was the best move for himself, his family and his career.  Even if he does win titles (he has to, right?), we’ll still remember them as tainted, asterisked.   To me, he’s just a guy who, after eight years in the league, is still struggling to find his identity on the court.

There are worse sins.

This will now be a long, soul-searching summer for LeBron, even more so than his last. 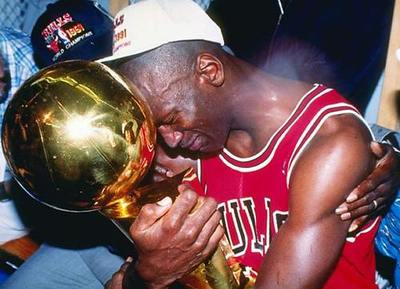 NBA fans have always been eager to anoint someone the next Michael Jordan and we tear them down when that never comes to pass.  Jordan set the bar unattainably high, winning six championships in near storybook fashion.  We call his flu game performance ‘heroic.’  We call LeBron’s triple-doubles inadequate.  That’s because Michael’s came in wins while LeBron’s continue to come in losses.  So do we really want another Michael Jordan or just someone to beat up after failing to live up to those expectations?

Ultimately, it’s our own choice who to cheer for and who to dislike.  Maybe another season of heartache will earn LeBron some more fans or maybe we should lighten up on the guy altogether.  Just because Jordan, Magic and Bird did it a certain way doesn’t mean that every modern-day athlete has to follow in their footsteps.

80 thoughts on “Miami Hate: Trying to make sense of our feelings for LeBron”