“These people depend upon tips for a living!” 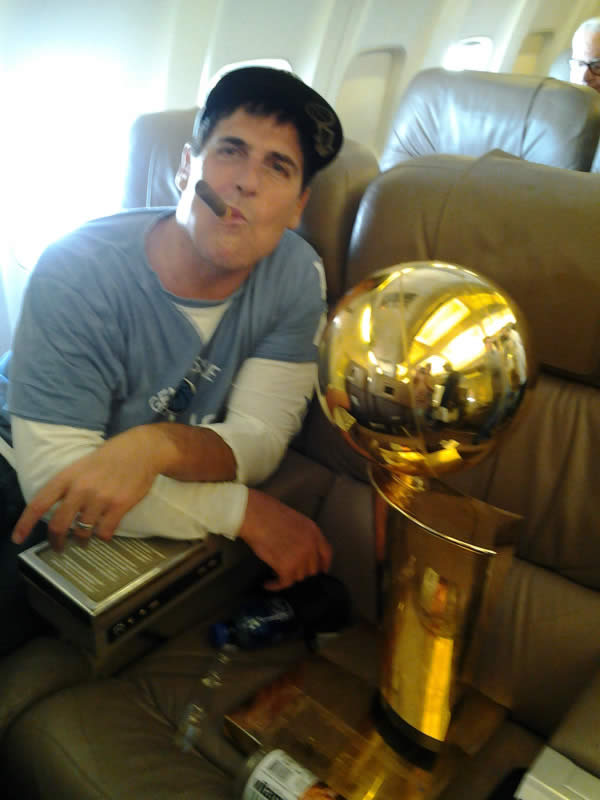 I tend bar for a living, which is exactly what makes this next story so enjoyable to write.

As a server, there’s nothing more gratifying than receiving a generous tip after providing excellent service, which by the way, is the only kind of service I provide.  On the other hand, there’s nothing more frustrating than getting stiffed after refilling some douchebag’s tonic water six times over when you’re weeded.

Well, the staff of the Fontainebleu’s Liv night club in Miami Beach all went home with smiling faces the night they waited on Mavericks owner Mark Cuban, hours after he won his first ever NBA championship.  Even if these servers were true blue Heat fans, they were definitely Dallas fans for the night.

After the final buzzer sounded and all the post-game press conferences were complete, Cuban decided to take his team to one of South Beach’s hottest nightclubs where he reportedly dropped, count ‘em, $90,000.  He also left a $20,000 tip.  That’s 22% for those of you without tip calculators.

That’s exactly why many of us have become so fond of the outspoken Mavericks owner and why Major League Baseball inexplicably denies him entry into their stuffy cadre of proprietors.  Cuban is a hands-on owner who’s genuinely more interested in winning than turning a profit, a novel concept which professional sports could use a lot more of.  Considering the Los Angeles Dodgers are reportedly unable to make payroll this month, you’d think a guy like Cuban would provide a breath of fresh air in a sport that so desperately needs it. 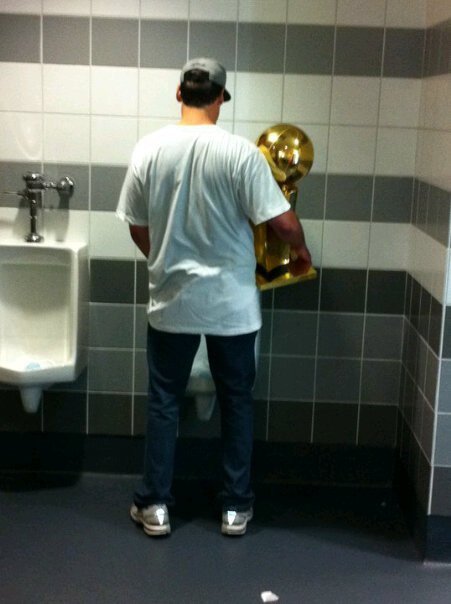 For the record, Cuban also agreed to pay for his city’s entire celebration parade.  It’s good to be the king.

Cuban’s notorious for pampering his players, staying loyal to them and providing them with the best workout facilities in all of professional sports, in essence making him the anti-Steinbrenner.  Basically, he’s the kind of boss you want.

We’ve all heard horror stories about how athletes like Michael Jordan and Tiger Woods are lousy tippers.  For most of us, twenty grand is a car, a down payment on a house, yet it’s a drop in the bucket for Cuban on a once-in-a-lifetime evening whose gesture was an earnest effort to pay it forward.  It’s something that wait staff will be talking about for the rest of their lives.

So for those of you who have bashed him in the past for being brash, you may want to reconsider your stance, unless of course you’re a poor tipper yourself.  If that’s the case, I’ll have someone else wait on you.