We’re going to try something new here at SportsChump.

Many of you have sent in interesting photos for caption contests in the past.  None of you have ever submitted photos of yourselves… until now.

Ladies and gentlemen, meet DJ Arthritic Semitic.  Loyal reader, good friend, past caption contest winner and future mayor of New Orleans.  Not only does he own one of the most impressive collections of vinyl you’ll ever thumb through, he also does a near perfect imitation of Mark Jackson at the free throw line (minus the 77% career shooting).

On a recent trip to the basketball Hall of Fame, DJ was spotted striking a pose and has graciously donated his picture for the SportsChump faithful to poke a little fun.  Don’t worry, guys.  He’s got thick skin.

So have it, kids.  The winner of this week’s caption contest will receive a collect call from the man himself and a side of fried okra, that may or may not keep upon delivery. 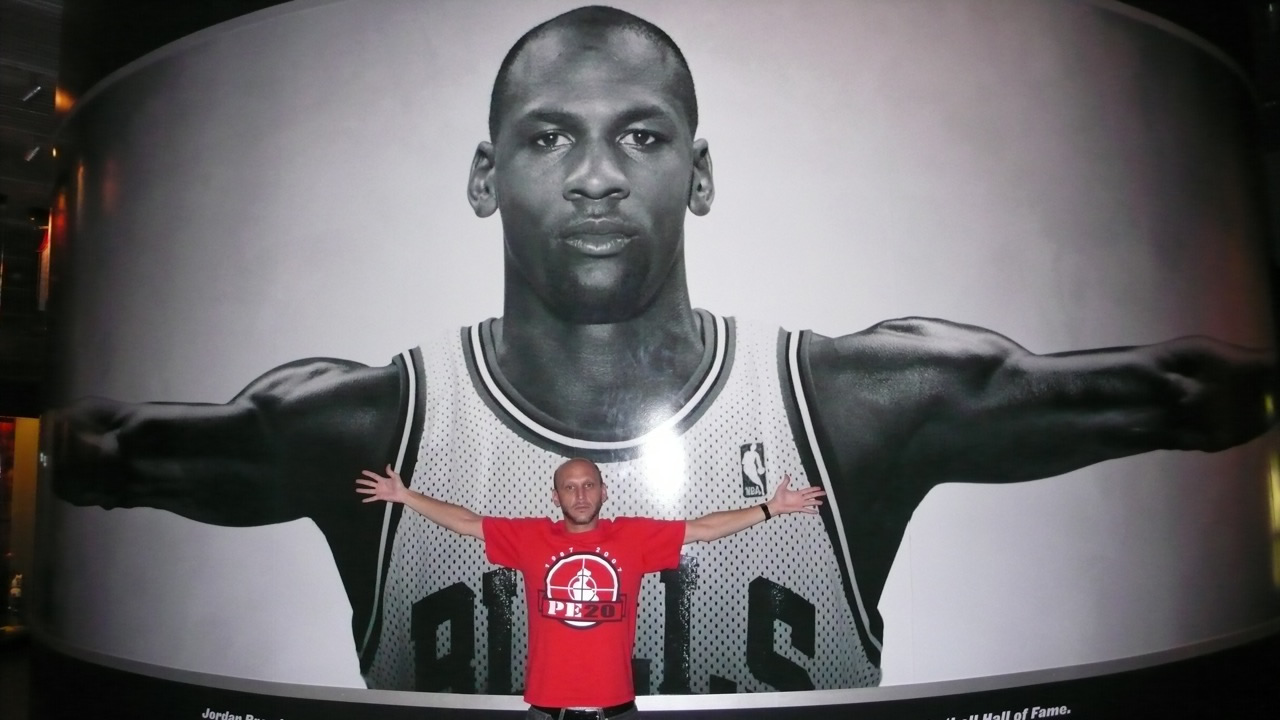 43 Replies to “The “I Wanna Be Like Mike” Caption Contest”