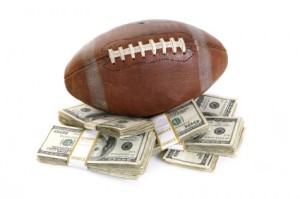 Ladies and gentleman, the NFL is finally back and I know I’m not the only one rejoicing.

This year at SportsChump, we’re going to try something a little different, a futures contest if you will.

For those of you who don’t know, a “futures” wager is a bet that you make at the beginning of a season and runs all season long.  For example, below you will find the amount of games Las Vegas predicts each NFL team will win, obviously out of their 16-game schedule.

Here’s how our contest will run.

You must choose ten teams from the list above and predict whether they will win either OVER or UNDER that amount of games.  Once you’ve determined the ten teams you are most certain about, rank them in order of confidence, 10 being the team you’re most confident about and 1 being the least. 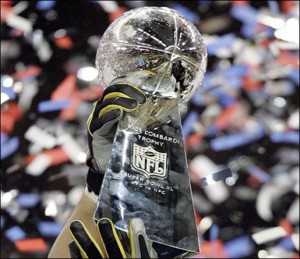 For example, if you feel most confident that the Green Bay Packers, last year’s Super Bowl champions, will win more than 11.5 games, you would write GB – OVER 11.5 – 10 points.  If the team you’re second most confident about is the Carolina Panthers unable to muster five wins, you would write CAROLINA – UNDER 4.5 – 9 points, etc, until you’ve selected all your teams.

Please submit all entries in the comments section below.  They must be posted by kick-off of game one, Thursday, September 8.

At the end of the season, I will tally the points and not only proclaim the contestant with the most points our resident NFL Swami for the year but will also send you a fabulous, SportsChump prize pack.

And if I win, of course, you’ll never hear the end of it.