While writing a recap of Saturday night’s Tampa Bay Rays-Seattle Mariners game, most credible media outlets probably tastefully reported the facts with little or no room for imagination. 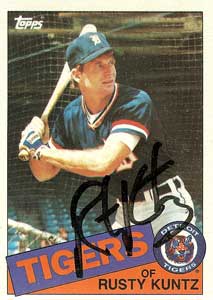 I know we’re all adults here (well, some of us) but how can one not poke a little fun (pun intended) at possibly the most humorous, current surname in sports, and furthermore, how is his not the top-selling jersey in the greater Seattle area?

Let’s say we lived in a more, immature world where innuendo ran amok.  Saturday’s recap might have gone a little something like this:

St. Petersburg, Fla. – Saturday night was a rough one for Furbush.

Furbush was used up pretty good early on and was eventually unable to continue.  On just another Saturday night in the Bay area, the Rays lineup proved a little too strong for Furbush.  Furbush was sent to the showers after three, and saw red after being pulled by his manager.  The Rays were eating up Furbush all night long. 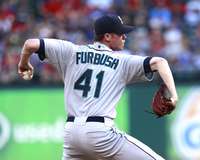 Furbush was wild and not in opposing hitters’ faces like in the past.  The Rays took advantage when they could, really knocking the boots off of Furbush.  Furbush failed to show up with quality stuff and simply couldn’t shave off anything.

After such a rough outing, the Mariners may end up cutting Furbush.

Furbush is still fresh in the major leagues, but after last night, Furbush might find it difficult to find a comfortable home in someone’s rotation.

38 Replies to “Fun with baseball surnames: The night Charlie Furbush came to Tampa”