“The market price of every particular commodity is regulated by the proportion between the quantity which is actually brought to market, and the demand of those who are willing to pay the natural price of the commodity” 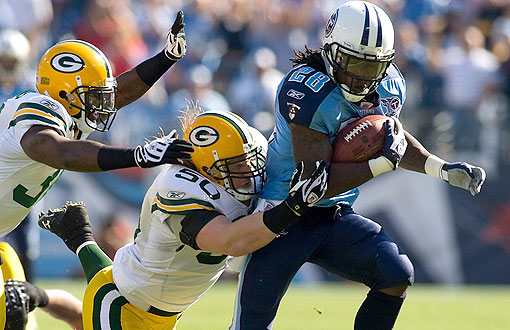 Why is it that whenever an athlete signs a multi-million dollar contract, someone always questions whether he’s “worth it?”

Whether it’s Chris Johnson’s four-year, $53 million deal or Larry Fitzgerald’s eight-year, $120-million, the first thing to come out of any pundit’s mouth is whether an athlete is worth that sort of money.  It’s time to get some new material, boys.

I’m no economist but I do understand that an athlete’s salary is largely determined by supply and demand, with the market bearing a particular figure…  which is usually followed by quite a few zeros.  If the Titans, Cardinals or any other professional sports franchise is willing to pony up that kind of coin for what they consider an asset, then yes… technically, that’s their worth. 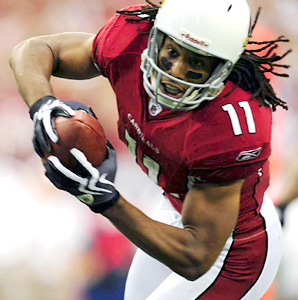 There are very few running backs in the NFL like Chris Johnson, or at least the Titans seem to think so.  The same can be said with the Cardinals and Larry Fitzgerald.  He is their franchise wide receiver, took them to their first ever Super Bowl and not only that, has flowing locks.  How could he not be worth $120 mil?  Drop in the bucket, right?

Just like any other commodity, athletes are worth what the free market will bear.  In 2007, the Orlando Magic signed Rashard Lewis to a six-year, $110 million contract.  In retrospect, was it a bad deal?   Perhaps.  But were other teams, during that free agency summer, willing to pay that much for Lewis?  Absolutely.  So did the winning Magic bid determine his worth?  Yes.  NBA owners may be currently crying broke, but they have Adam Smith, and their own bad decision-making, to blame.

Athletes are investments, people.  And before you think it’s inhuman to refer to a person as a commodity, doesn’t the company you work for invest in you, perhaps by helping you with your education, work conferences, etc?  You are either an asset or a liability, and trust me, your employer has a pretty good idea of your net worth, or at least he should.

I have a relatively extensive baseball card collection. Years ago, I hosted a table at a local card show.  One morning, I sold a Jose Canseco rookie card for ninety dollars to an eager, young A’s fan.  That’s what the card was worth at the time, as proven by the fact that he handed me over ninety dollars with little hesitation.  These days, that card is barely worth the cardboard it’s printed on, but at one point in time, it was worth that much.  Good thing I sold high. 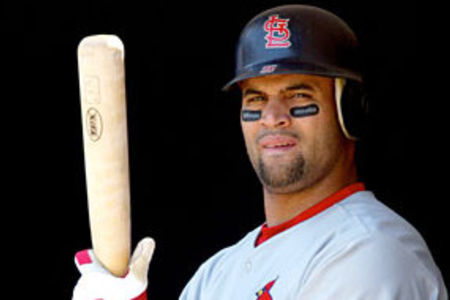 I don’t know if we’ll ever get to the point when we are no longer offended by the kind of money athletes earn for a living.  You’d think we’d be used to it by now.  These are numbers we cannot grasp… but they are all too real.

If that sort of thing bothers you, I suggest you fasten your seatbelts, for we are about to enter the Winter of Albert Pujols’ Content.  Wherever he ends up, Pujols will likely land the most lucrative deal this side of Elin Nordegren.

And as usual, someone, somewhere will ask whether he’s worth it.  Remember, if someone’s writing the check, that means he is.

32 thoughts on “Supply and demand in professional sports: The real meaning of worth”