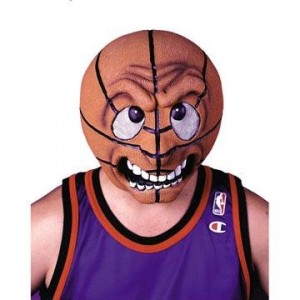 With Halloween fast approaching, there’s only one thing more frightening than ghouls, ghosts and witches at your doorstep.  That’s the ever-growing reality of no NBA season.

But let’s take it a step further.  What if there was no NBA at all?  I’m not talking no NBA season.  I’m talking no more NBA for good.  What if the league went under entirely?   Sure, the idea might seem far-fetched but games have already been cancelled, waistlines have likely expanded and jobs, and jump shots, have been lost.

It’s sad for many of us who eat, drink and sleep hoops to comprehend that the only roundball joy we’ll experience this season is watching John Calipari’s Kentucky Wildcats fall short of another national championship.  That’s hardly a substitute for the Blake Griffin windmill dunks we’ve grown accustomed to.

Let’s speak hypothetically for a second.  NBA fans, you may want to sit down.  This could get ugly. 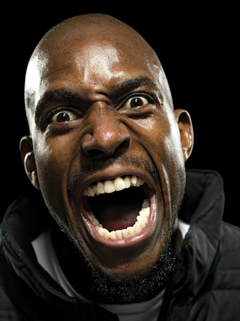 Let’s say there is no season.  Let’s say players jump overseas.  Let’s say veterans like Kobe, Nash, Pierce and KG all get another year older without us being able to watch them drop thirty a night.  Let’s say the already disenfranchised fans continue to lose interest.  Let’s say all this silly talk of players forming another league becomes a reality.

It’s not like professional sports leagues (ABA, AFL, XFL, USFL) haven’t shut their doors in the past due to the inability to survive financially.  Isn’t that what’s going on here?  According to the owners, half the teams are losing money.  Businesses fail every day.  Why isn’t it possible that, with an alienated fan base, the NBA and its franchises go under entirely?

Then what?  What would Dwight Howard or Carmelo Anthony or Kevin Durant do for a living?  Nobody I know is hiring giants and there’s only so many Kardashian sugar mommas to go around.

We basketball fans would have to resort to watching Dancing with the Stars or the Pan Am Games or God forbid the NHL.

I know a lot of people could care less about the spoiled multi-million dollar athlete, but for us basketball jones, the concept of no NBA leaves us shivering at night.  We’ve already run though all the Hardwood Classics.  We need some real time.

The NBA has a rich and glorious history.  The inability to just get along is about to rob us of an entire year of memories lost.

Here’s hoping it doesn’t come to that.  Here’s hoping players and owners can game-plan for long-term league sustainability.  Right now, it’s not looking good and for many of us that means the scariest Halloween ever.

39 Replies to “No NBA makes for a scary Halloween”