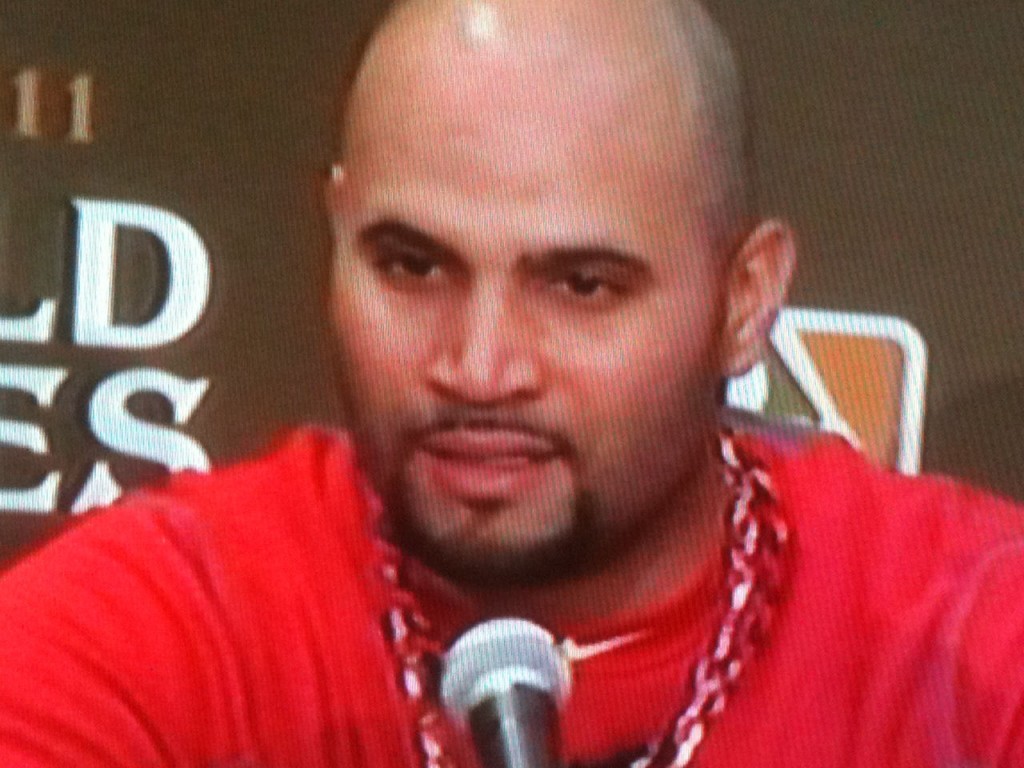 After slugging a record-tying, yet otherwise meaningless, three home runs on Saturday night, the St. Louis Cardinals superstar was asked about joining baseball legends Babe Ruth and Reggie Jackson as the only men to accomplish such a feat.

“Those guys were great players,” said the stoic Pujols.

Perhaps Albert was caught up in the emotion of being only two wins away from his second World Series ring.  Maybe he realized that Saturday’s heroics, aside from making history, had also likely made him another fifty million dollars in his upcoming contract negotiations.

But, Albert, never… NEVER in the history of sports talk in this country has Babe Ruth been called just a ‘great player.’  That would be like calling The Godfather a good movie, a Lamborghini a fast car and a Reese’s peanut butter cup a tasty chocolate treat.  One of the greatest ever would be a far more accurate assessment.  Ruth revolutionized the sport and to this day is still considered one of the top five players the game has ever seen.

Pujols is inarguably the best player this century but he might want to either pick up a history book or start working on his superlatives. 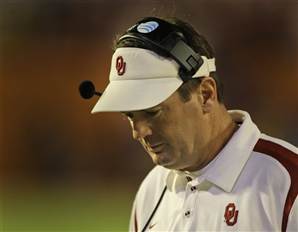 After losing at home to Texas Tech Saturday night, Oklahoma’s head football coach Bob Stoops uttered these words at his post-game press conference, probably to the chagrin of Sooner fans everywhere.  “I don’t know why that [loss] has to be all that surprising.”  Of course not, coach.  Four touchdown underdogs regularly knock off preseason number ones in their own stadium, not to mention the fact that this was Oklahoma’s first home loss in 39 games.

After joining the Sooners in 1999, Stoops won a national championship for Norman the very next year.  Since then, even though consistently ranked in the top ten and boasting an impressive overall regular season record (129-31), Stoops has earned a reputation for not being able to win the big game.  He has far more Big 12 Championship Game victories than any other school since the game’s inception but has lost five of his last eight bowl games and won nary another national championship.  These days, that’s what Sooner fans have their sights on.

College football’s a fickle game and on any given Saturday, any inspired team can knock off a heavy favorite.  Sooner fans are just hoping it doesn’t keep happening to them. 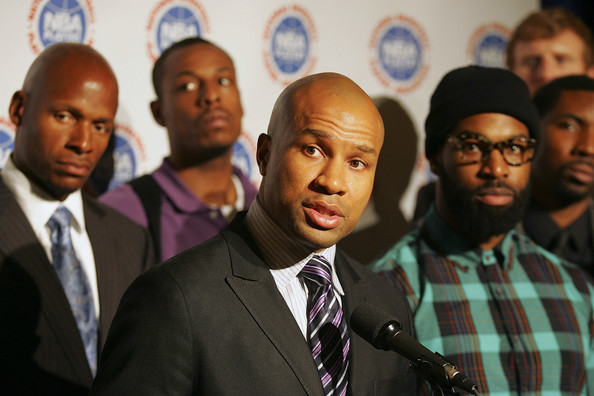 “I just want to make it very clear.  Y’all have been lied to here today,” said Derek Fisher after the latest NBA impasse.

Look, I don’t mean to belabor this whole NBA lockout thing more than I already have.  Both players and owners are standing firm with no resolution in sight, leaving mediators and NBA fans dumbfounded.  But in case you haven’t noticed, we’re starting to see a shift in fan sentiment, moving our support from the players to the owners.

When this whole thing started, everyone supported the players, holding the owners largely responsible for bad decision-making in signing bloated contracts for second-rate players, inevitably putting them in a position to fail.  But slowly, we’re beginning to understand that, for the long-term health of the league, players might have to start making concessions for the NBA to once again flourish.  No one in their right mind ever thought Rashard Lewis was worth $80million, but again, that’s what the market bore for his services at the time so that’s the check they wrote.

The bottom line is, Derek, yes, we’ve been lied to… by both sides.  We’ve been cheated and treated to no basketball.  So until you gentlemen can figure it out, please don’t expect any of us to care. 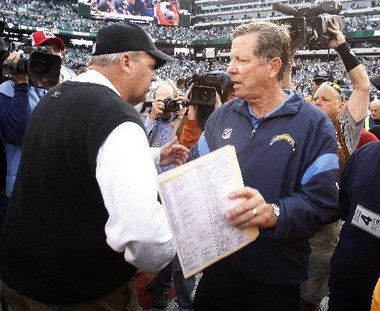 After Marty Schottenheimer was inexplicably fired in San Diego in 2007 after chalking up a 14-2 record but losing in the first round of the playoffs, several coaches, including Rex Ryan were considered for their new head coaching vacancy.  Norv Turner got the job.  Ryan, as we know, was eventually hired by the New York Jets.

This week, prior to the Chargers-Jets game, Ryan was asked about not getting chosen for the San Diego gig.  In response, Ryan purported that had he been hired in San Diego, he “would have had a couple rings.  Those teams were loaded.”

Upon hearing those comments, Turner responded with “I was wondering if he had those rings with the ones he’s guaranteed over the past couple of years.”

That’s almost as juicy as last week’s post-game tussle between Jim Schwartz and Jim Harbaugh.  Can’t these NFL coaches just get along?

Not too long after the verbal jousting, Ryan apologized for his comments but got the last laugh on Sunday as his Jets held serve at home, beating San Diego 27-21, officially making neither of them any closer to winning their first Super Bowl trophy.