I ventured out this past Halloween to take in some of the local sights.

I’ve always loved Halloween.  It’s the time of year that allows us to use our imaginations and show off a little creativity.

I saw a fair amount of interesting costumes that night.  There were your rockers, your rollers, your French maids, your Angry Birds, your Mario Brothers, your Jersey Shore characters, but nothing that really stood out… until I met this guy who broke the mold.

His costume was simple enough.  Add one Peyton Manning jersey, one Indianapolis Colts hat, one neck brace, and voila… instant Halloween costume.   It also helps to bear an uncanny resemblance to the man himself.

It was by far the most, laugh-out-loud costume I saw this Halloween… or maybe I’m just too much of a sports fan. 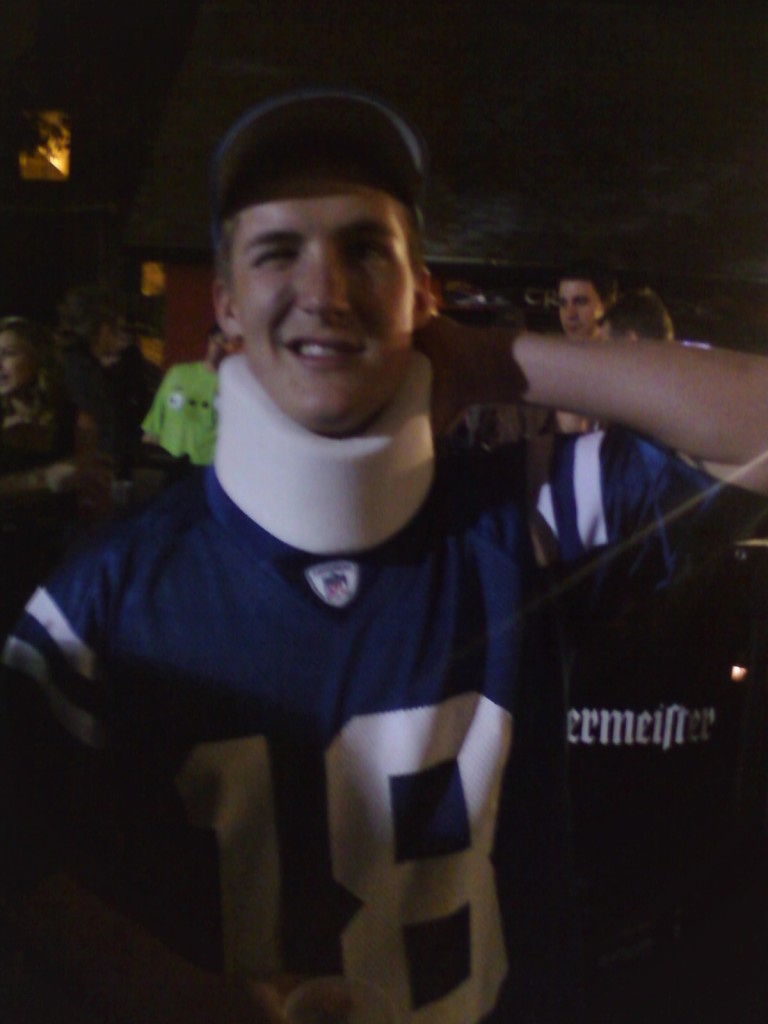