“I’m stepping down as the head football coach of the University of Florida to focus on family and my other interests away from the sidelines.”

“I’m not going to be the Alabama head coach” 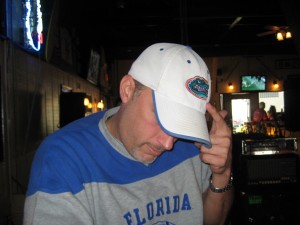 I am dumbfounded, confused, bewildered and betrayed.  I am forever Meyer-less.  I am Florida Gator fan.

The college coaching carousel has just been slammed on its head, like the shaking of a Boggle game where the letters don’t end up quite where they belong.

Last week, Sports by Brooks first broke the story that former Florida football coach and current ESPN analyst, Urban Meyer, was about to coach again, this time at Ohio State, where he had long dreamed to.  For days, Brooks was the only outlet to confirm these rumors, with ESPN, who signs Meyer’s paychecks, either lagging behind or intentionally biting their tongue.

Brooks stood by its story, leaving football fans from Columbus to Gainesville on the edge of our seats, with many of us anxiously eyeballing ESPN’s updates awaiting confirmation.  The only bright side is that it got us talking about something other than the abomination that is the BCS. 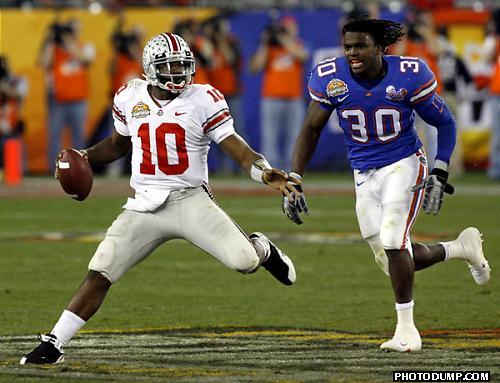 The bad blood between Florida and Ohio State began not long ago.  Prior to that, the two schools had never played a football game of any significance.  That all changed in January, 2007.  With Meyer moving to Columbus, it’s safe to say the rivalry has just been kicked up a notch.

Bring on the bias.  Are quitter, turncoat and traitor too strong of words to describe a person who once took your program to unprecedented heights but the left the cupboard bare?  Is it better to have loved and lost than never to have loved at all?  Or am I just being bitter?  William Shakespeare was never a college football fan.  I refuse to believe telling an Ohio State friend to fuck off for stealing my football coach was a bad thing.  Or maybe it’s just too soon.

Florida fans can’t be the only ones feeling weird about Meyer’s move.  This can’t be easy for Buckeyes either.  Despite landing the best coach (we never knew was) available, how could Buckeyes possibly be comfortable watching him sheriff the Shoe without having 41-14 flashbacks and wincing at the thought? 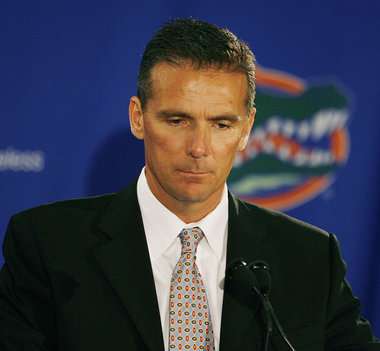 What does Meyer’s move say about the two programs?  Does Urban taking the Ohio State job mean that it’s more prestigious than Florida, or merely that coaching in the Big Ten isn’t as taxing on one’s health as the weekly grind of the Southeastern Conference?

Was he at all conflicted or was this just another career move?  And what of Luke Fickell?  Isn’t he technically still the head coach of the Ohio State Buckeyes?  I don’t recall seeing his name come across the fire wire but now he’s dead man walking.

This is all still fresh… and stinging.  Best to you, Coach Meyer, I say clenching my teeth.

Oh, and if we do land Coach Tressel after running Will Muschamp out of town, we look forward to meeting you again one day.

Now, does anyone know a cure for bitterness?

32 Replies to “Urban has change of heart; Meyer and his move to Columbus”