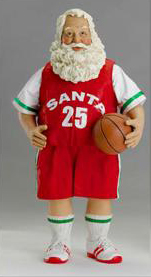 Like Santa’s sleigh bearing a trunkful of presents, the NBA season is less than a week away, which means we soon get to unwrap a bevy of dunkalicious tidings stuffed ever so neatly into our Christmas stockings.

Thank you, Santa Stern… as if you had anything to do with it.

Due to the overwhelming response of my NFL Futures contest, I decided to host another competition for this highly anticipated, yet regrettably shortened, 2011-12 NBA season.

Below, I have listed ten questions each participant must answer about the upcoming campaign.  Each question will vary in difficulty.  By answering each one correctly, you will garner the appropriate amount of points allotted.  All entries must be entered in the comments section below and submitted by December 25, so put aside that Christmas shopping and get to work.

The winner of this year’s contest will not only receive a fabulous SportsChump prize pack and earn himself a place in the SportsChump Hall of Fame, but will be able to brag endlessly to his friends and family how he is the most knowledgeable basketball fan in all the land. 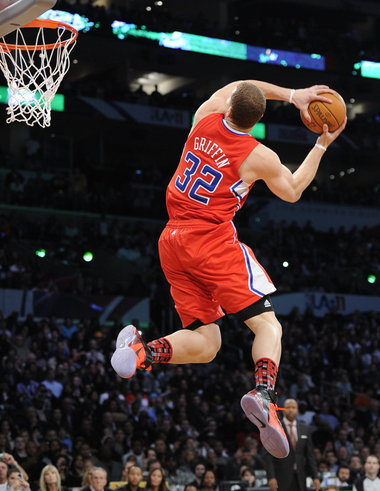 1 point – Who will lead the league in scoring (average points per game)?

2 points – Which team will have the best record in the Eastern Conference?

3 points – Which team will have a better record: Lakers or Clippers?

4 points – Will Dwight Howard finish this season with the Orlando Magic?

5 points – Will the Los Angeles Clippers win a first round playoff series?

6 points – Who win will league MVP?

7 points – Who will win this year’s NBA championship?

8 points – Which team will boast the best regular season record in the Western Conference?

9 points – Who will be this year’s Finals MVP?

10 points – Who will be the first player this season to score 50 points in a game?

First Tie-Break – How many wins will the worst team in the league have? (Remember, this is a shortened season)

Second Tie-Break: Which team will that be?