Submitted to yours truly by DJ Arthritic Semitic himself, here’s a look at Jeremy Lin’s Xanga (blog) back in 2004, imitating headband styles of different NBA players, the same players whose jerseys he’s currently out-selling.

And in case you don’t know who Jeremy Lin is at this point, um… pick up a newspaper. 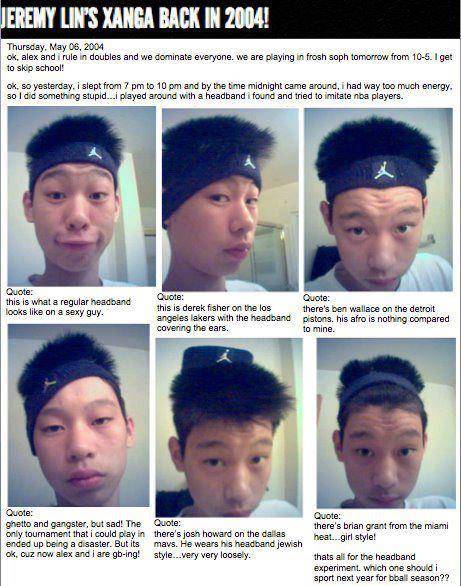