Listen to the next few stories and follow along, as if you haven’t already.  They might help you sports fans on the fringe understand why so many of us on the other end of that spectrum tailgate on Saturdays, huddle up on Sundays, stuff our face with wings on Mondays and spend our hard earned dollars to see the best of the best… play ball. 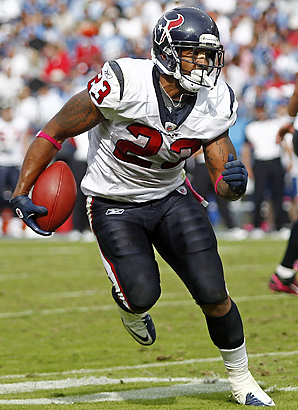 In this day and age of athletes running off at the mouth, it’s refreshing when someone actually acts the way they’re supposed to.  That’s exactly what happened in Houston last week.

Texans running back Arian Foster hit the lottery, signing a well-deserved, five-year, $43.5 million contract to stay in a Houston uniform.

In his teary-eyed press conference (you’ve been warned), Foster recalled tougher times, as a child, and what his mom had to go through just to put food on the dinner table.

Foster reminded us of the importance of love, life, family and humility.

Breaking up is hard to do.  Don’t we all know it?  Yet when a difficult decision needed to be made in Indianapolis, Colts owner Jim Irsay and his former quarterback Peyton Manning (sounds weird, doesn’t it?) reminded us that exes can still be friends, making choices with their heads rather than their hearts. 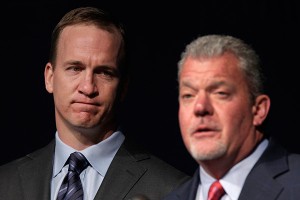 In his parting press conference, Manning thanked Irsay, the organization and most importantly, the fans of Indianapolis in a sincere, heartfelt moment that reminded us the importance of maturity, level-headedness and graciousness.

Personally, I’ve never been so inclined.  I’ve had breakups before.  NONE were as amicable as Manning-Irsay.  Quite the contrary.  Perhaps when they’re done with football, these two should write a book on conflict resolution.  There was no shouting, name-calling or throwing of furniture, just two mature adults making a business decision to benefit them both.  What the hell kind of break-up is that?

They now begin anew, Irsay with Andrew Luck and Peyton finding refuge in the uniform of another.  Either way, the whole thing was handled with class and reminded us that breaking up might not be that hard to do after all.

33 Replies to “Reasons we love sports, Vols. 1 and 2: Fruit baskets and breakups (video)”