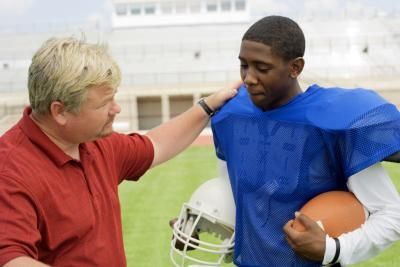 What in the world is going on with coaches these days?

You remember coaches, don’t you?  Those guys in the funny-looking, gym shorts with a whistle around their neck when you were little?  They placed your baseball on a tee, taught you how to catch a football or properly shoot a jump shot.  The guys who weren’t your parents, yet still played a role in guiding you along the path to manhood.

Apparently those guys are a thing of the past, or at least they are in the professional ranks.

In Orlando, we have one gentleman who, instead of leading his team, has crumbled under the pressure of mediocrity and resorted to throwing his franchise player under the bus.  We have another coach who, while in New Orleans, instructed his players to intentionally harm opponents, potentially ending their careers (and ironically, his own).  Then we have a coach in Arkansas who was caught running around on his wife only after he wrecked his motorcycle with his mistress riding on the back.  All this happened within a week’s time.  Let’s not forget the events that took place at State College and Syracuse.

There once was a time when coach meant teacher.  It meant mentor.  A coach meant someone you could go to for advice, someone whose office you could walk into and say anything.  Coach meant role model.  Not so much anymore. 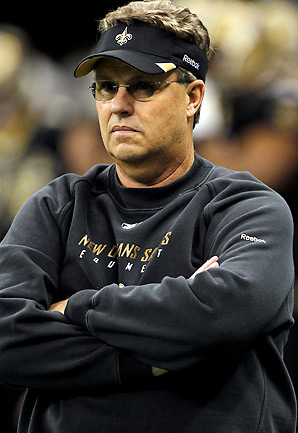 We routinely get on athletes, both college and pro, for breaking the law or making poor decisions, yet the people we charge with leading them are making the same damn mistakes.  No wonder the athletes we’ve grown to admire are getting into so much trouble.  Look who’s coaching them.

I don’t mean to stand up here on my soapbox, the whole he-who-cast-the-first-stone thing.  I’m no hypocrite.  I am not without sin and never pretended to be.  However, I am not reaping millions upon millions of dollars to purportedly teach today’s youth how to become better men.  I do my part, sure.  I’ve coached youth basketball and felt bad about dropping the occasional F-bomb in front of the kids, even though they chuckled when I did so.

But how many Arkansas Razorback football players do you think are currently high-fiving their (former) coach for wrecking his motorcycle, his career and his marriage all in one fell swoop?   I’m hoping not many.

Bobby Petrino was summarily fired for his indiscretions but probably not before the school weighed the options of boasting a winning football program against boasting a bad reputation.  What sort of message do his actions and the actions of the university administrators who contemplated keeping him send to the football players?  I’ll tell you in case you weren’t paying attention.  That it’s perfectly okay to act immoral if you’re not expendable, that the rules simply don’t apply to you.  Try telling that to a police officer the next time you’re being arrested.  Petrino deserved to be fired, as did Gregg Williams.

So the next time we get on an athlete for using a stolen credit card or not paying child support, let’s take a closer look at the individuals and institutions in charge of educating them.