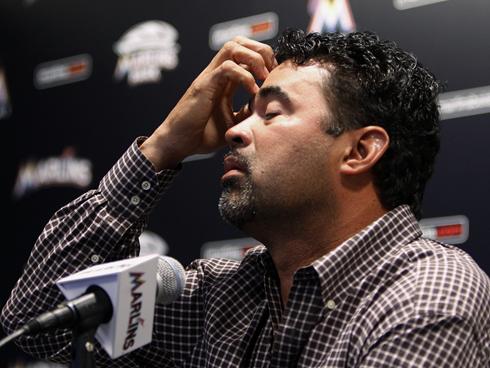 In case you hadn’t heard, in a recent Time Magazine interview, Venezuelan-born Ozzie Guillen, new manager of the Miami Marlins, was asked his feelings on Fidel Castro.  Little did Time know the shitstorm that question would create.  After Guillen said he admired Castro, and the uproar that ensued, the Marlins suspended Guillen five games, after which he quickly made a public apology, accepting the suspension, but later inventing some bogus explanation as to what he really meant to say, if not for the language barrier.  Local residents protested his ill-timed and insensitive statements, even though he was just speaking his mind, something he’s always been prone to do.

But how much of this stir was genuine, really affecting South Florida’s Cuban-American community and how much was media-generated?  I figured I’d get to the bottom of this situation the best way I knew how, by interviewing my favorite Cuban-American South Florida resident, Marlins season ticket holder and friend for nearly thirty years.  You know him as Kid Sheraton.

SportsChump:  Kid, first of all, tell us what it’s been like the past few days in South Florida.  I imagine this story has overtaken the news and is pretty much all anyone can talk about.

Kid Sheraton: It received a lot of air time, but not as much locally as it has in the national media. I really think ESPN made a huge deal about it, much more so than they did at the local level. The few protestors that showed up at the new Marlins stadium were largely comprised of older anti-Castro Cubans from the little Havana area.

SportsChump: Since both your parents are Cuban, but your roots are pretty much based in this country, and relatively unaffected by Castro, how offended were you by Guillen’s comments in comparison to anything else that’s come out of his mouth over the years?  And what of his five-game suspension?  In my opinion, it was probably something the franchise needed to do to appease its fan base, but I’m guessing Selig and Major League Baseball wanted to stay out of it as much as possible, only giving the nod once the suspension was handed down. 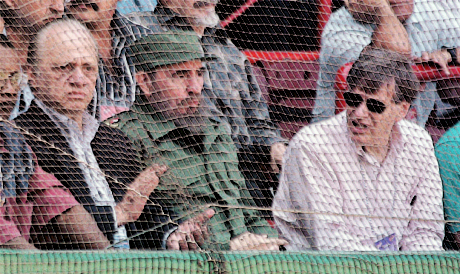 Kid Sheraton: The way I look at it is pretty simple. It’s Ozzie Guillen, right? I mean, that’s what he does.  He says things that are inappropriate, dumb and uninformed. He’s made comments before that he’s had to apologize for. He obviously needs to be sensitive and realize in what city and community he’s managing, and can’t say the things he said and alienate your core fan base. More disturbing to me is MLB’s response in a statement by Bud Selig that called for “social responsibility” and “sensitivity.” Really? How sensitive was it when Selig took MLB to Cuba in 1999 and sat and socialized with Castro himself while they sat together to watch the game? How was that being sensitive to the Cuban – American community then? I find it laughable and hypocritical in its highest form.

I also will add that Guillen will be on a much shorter leash because of what he said. Many of the beat writers are Cuban-American, obviously the fan base is and most commissioners that approved the building of the stadium are Cuban as well. The organization has no choice but to reign him in.

SportsChump:  What bothered you more?  His comments or the ensuing media coverage?  Or were they both equally as offensive?  Do you think the penalty was fair?  Not strict enough?  Do you think it was something they needed to do to not further alienate the fan base or do you think the organization and those involved were actually bothered by the comments?  A recent ESPN study showed 71% of Cuban-Americans were offended by Guillen’s statements but overall 61% of people polled were, so that’s not all that much more in my mind.  I think he just pissed off a whole bunch of people for not thinking before speaking, which is, as you suggested, something he’s known for.  How long do you think it will take for all this to blow over?  And would you ever consider not being a fan, or not going to a game, because of him? 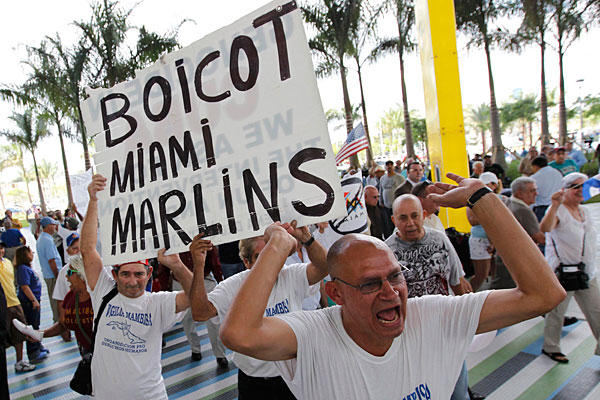 Kid Sheraton: For the purposes of this chat, I’ve had the local news on a lot the last few days and barely a mention of the Guillen story. Maybe we’ll hear more about it on Sunday, which is the day he returns. I’ll be at that game in person and I’ll see what the response is to him. The organization HAD to respond the way it did. I think it was just and fair. Everyone will have to move on.

SportsChump: As we’ve seen in sports for a long time now, winning cures all ills.  Rattle off a nice, long winning streak or field a competitive team and all will be forgotten.  Have your team fall apart and they’ll run you out of town quicker than you can say “comunista.”  We’ll see if his players have his back for it’s unlikely they’ll say anything for fear of any further backlash.  I think what’s lost in all of this is the fact that Latin America is comprised of twenty or so different countries all with a unique political history.  Cuba stands out because of how Castro told the U.S. to stick it back in the day, and that’s really what I think Guillen was talking about, but we’ve also seen Castro’s political model fail miserably.  At this point, he’s a dinosaur ruling a country that’s starving for free trade.  Look, Mel Gibson said some anti-semitic stuff back in the day.  I’ll still watch “Braveheart” when it comes on TV, but I’ll also always remember that Gibson’s an uneducated douchebag.  I guess in that sense Guillen has that mountain to climb with the citizens of Miami.

After Kid Sheraton attended Sunday’s Marlins-Astros game with his father, here’s what he sent me afterwards.

Kid Sheraton: I looked over at him as we drove down I-95, quietly looking forward, excited at what was to come. He was smaller than he used to be, definitely grayer, but just as wise. From his perspective the hoopla surrounding Ozzie Guillen was just that, fodder for the media. He believes that the world has far greater issues than what this one trivial man might have to say. The aroma of Cuban coffee permeated out of a small house on the corner of NW 7th St. and 12th Ave. at the same time that the new Marlins Ballpark towered into view. As we got closer there was no flag waving, no anti-Castro chants, no protesters in sight. Didn’t hear anyone even talk about it. It was then that I realized that time robs us of many things, things like our memories and how generations have passed and how this one doesn’t seem to remember or care anymore about what happened 53 years ago. So as we did 30 years ago when he took me to my first Dodgers game, we walked arm and arm, the only difference is that now I’m the one who feels like twice his size. The man of little words turned to me and said “Son, I know that I’m glad we live in a place where anyone can say what they feel.”  I looked back as proud as ever and said “You know Pops, you’re absolutely right.”

SportsChump: And THAT, ladies and gentlemen, is why Kid Sheraton has been one of my best friends for thirty years.  Thanks for your time, brother, y abrazos para la familia.