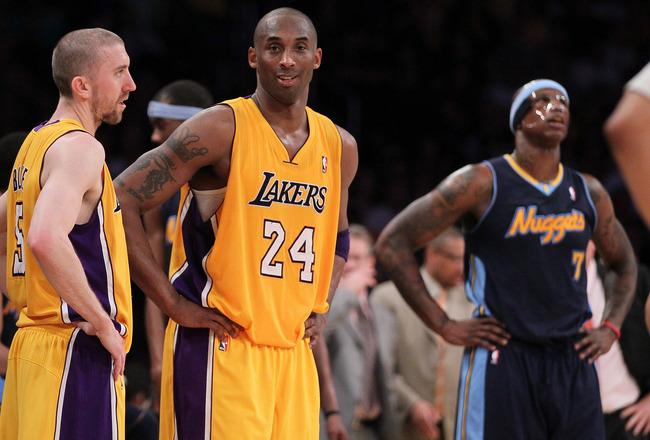 I was watching Lakers-Nuggets Game Five the other night.  You remember that game in Los the Staples Center where Kobe Bryant scored 43, yet his team still couldn’t close out the series?

All anyone in the bar could talk about was whether the Lakers wanted to close things out that night, or whether it was more conducive for them to drop a game, let the series go a game or two longer, thereby allowing for the return of the oft-suspended, former defensive player of the year and recurring troublemaker, Metta World Peace.

Peace (that just sounds so silly) was suspended seven games for catching the back of James Harden’s head with an allegedly, inadvertent elbow.  Accordingly, Los Angeles has had to play their opening series against the Nuggets without him.  After a Game Six loss, the series has gone a full seven games.

Now I, like many, thought the Lakers beating Denver was a foregone conclusion, with or without Peace (still sounds funny).  Next up for L.A., assuming they can get past Denver, is the second-seeded Oklahoma Thunder.   Wouldn’t it make sense for the Lakers to let their opening series run long in order to a) to give their next round opponent a little time to cool off and b) allow Peace the time needed to serve that seven-game suspension.

I’m not crying conspiracy theory, nor am I suggesting the Lakers intentionally tanked a game, but isn’t it possible that, with all that’s at stake, they simply didn’t try their hardest?  What is L.A.’s incentive to win and win now if they know they can just win later and have their defensive stopper back for the next playoff series?

Therein lies the rub.  What we have here is a flawed sports model.  Had the league simply suspended Peace, not necessarily for x amount of games, but rather for the entire first round, regardless of how long it went, do you think the Lakers would consider letting the series go longer than necessary, not that they are now, wink wink. 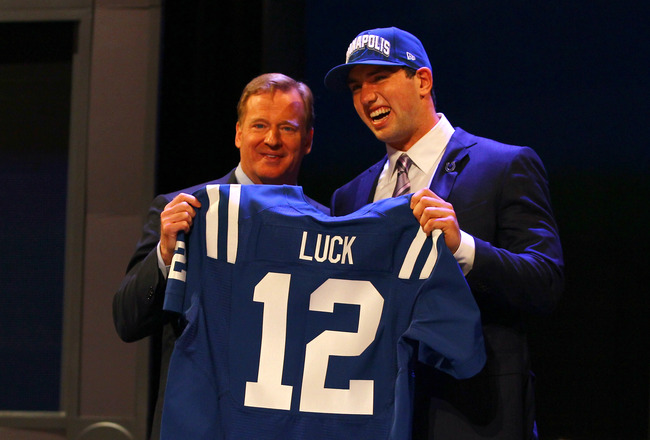 The same thing happens in the NFL.  Remember that whole “Suck for Luck” campaign?  By virtue of having the worst record in the league, the Indianapolis Colts were rewarded rights to the top pick in the college draft.  So what was their incentive to win?  Why wouldn’t they lose a game or two (or fourteen) if it meant solidifying the future of the franchise?

That’s one reason why the NBA has repeatedly altered its draft structure to ensure that the worst team in the league wouldn’t automatically win the rights to the top draft pick, just increased odds of doing so.

What if a team tanks a game, or perhaps that’s a harsh word, let me rephrase.  Let’s say a team doesn’t give it their all.  They’ve already secured a playoff spot but a late, regular-season loss might give them a more favorable match-up in the post-season?  Is losing in the short term in order to win in the long term inherently immoral or simply the right thing to do?  Have to crack a few eggs, right?

Then again, maybe there is no right or wrong answer, and it’s just sports, men doing their jobs in pads and gym shorts purely for our enjoyment.  I’m not suggesting that athletes at the highest level aren’t driven to compete every second of every play.  They probably are.

But if it’s in their best interest not to do so, then let me ask you… why would they?

19 Replies to “To tank or not to tank: When winning just isn’t all that important”