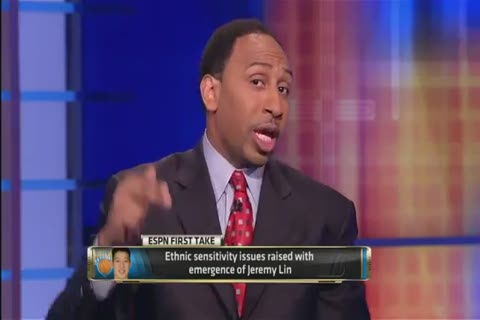 They say imitation is the sincerest form of flattery.  If that’s the case, I guess Stephen A. Smith has finally made the big time.

Once upon a time, Stephen A. would say something insightful on his old radio or talk show.  These days, however, he’s been reduced to out-shouting Skip Bayless on ESPN’s First Take.  The sportswriter-turned-television-analyst has essentially become a parody of himself.

Well now, Saturday Night Live has done a parody of him… and you’re guaranteed to have a hearty chuckle.

Last Saturday, on Weekend Update, SNL’s own Jay Pharoah put on his best Stephen A., probably doing a better Stephen A. then Stephen A. himself.  And nary a mention of Tim Tebow.