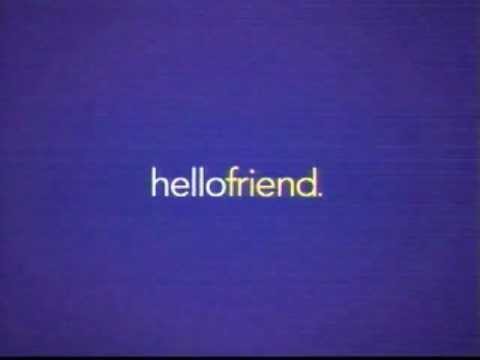 Am I the only one creeped out by Brighthouse Network’s newest ad campaign?  At first, they were kitschy, mysterious. A lone woman, riding slowly up an escalator or a guy on his fishing boat in the middle of the lake, both of them looking directly into the camera and suggestively murmuring “Hello, Friend.”

We didn’t know what to make of these commercials.  What were these people selling and why do they want to be my friends so badly?  Were we suddenly in the middle of another Invasion of the Body Snatchers remake?

Now these ads are everywhere you look.  Billboards on every highway, that eerie whistle every third commercial.  They’ve taken over programming on most of my cable box, with hour slots reading nothing more than “Hello, Friend.”

They’ve invaded my airwaves like those unsettling, Five-Hour Energy commercials.  I like an energy jolt as much as the next guy, but aren’t those weird as well?  The actors in those commercials, none of whom we’ve seen before, seem oddly calm for people who are about to get all hopped up on jamba juice.

I guess there’s not much we can do about the Brighthouse ads, considering they control the airwaves.  I guess I’ll just go to sleep hoping I don’t wake up to pods growing out of my cable box or a permed, possessed Donald Sutherland coming to take me away.

The cure for tartar buildup

So I bought this new mouthwash the other day.

I don’t really use mouthwash all that often, nor do I floss as much as I should.  Please don’t tell my imaginary dentist. 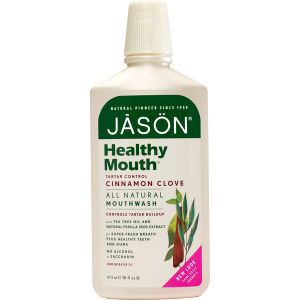 I was in the pharmacy section of my local supermarket and happened to pass by that secluded aisle of healthy goods, you know, the kind that give you the impression that if you spend a few, extra dollars, they’ll do what the major brands are supposed to but don’t, all the while saving the environment in the process.

This particular bottle said healthy mouth, prevents tartar buildup, and something else about healthy teeth and gums.  It cost eight bucks.

Since I’m now living a debt-free existence and had money to burn, I figured I’d splurge.  After all, that eight dollars wasn’t only buying me healthy gums, it was buying me peace of mind.

I’ve been using it a lot more lately, as instructed.  It tastes just like cinnamon.  I haven’t checked my tartar count but I can only assume it’s lower, right?  At least eight dollars lower.

Or maybe I’ll just go back to using Listerine.

I was driving back from the gym the other day after pretending to work out.  The local YMCA is one interstate exit up from me which means I actually get to drive 80 mph there and back… unless of course, there’s someone in my way.

As most of you know, the Sunshine State is known for its leniency in letting senior citizens drive.  I call them blue rinsers.  I’m not saying all old people can’t drive.  Heck, I know plenty of young people that can’t drive either.  But Florida is replete with rinsers who travel ten to twenty miles under the speed limit, in the fast lane, increasing state-wide road rage counts without even knowing they’re doing so. 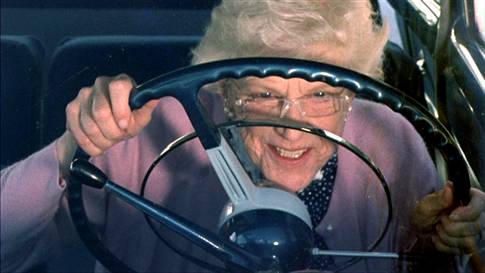 This particular weekday, I saw something I hadn’t seen before and I’ve lived in Florida a while.  There was an elderly lady, in the passing lane, driving 55 mph (in a 70) ON HER CELLPHONE!  No Bluetooth.  Just one hand on the steering wheel, granny gangsta lean-style, cellphone pressed against her ear, chit-chatting away, paying far more attention to her conversation than the gas pedal.

Look, I’m all for increased communication and equal rights for rinsers, but if you’re going to do so, on the expressway at a snail’s pace, please be cognizant of the other cars around you.  And if you’re talking long-distance to your grandmother and find out she’s driving while she’s talking to you, please do us all a favor and tell her you’ll call her back when she gets home safely.